Living with a virile man who has confidence in himself and in his projects, it is reassuring. But when it gets overkill, it’s tiring and annoying. Here are 10 proofs that your guy is too narcissistic.

He is handsome. So inevitably, as soon as he walks in front of a mirror, he admires himself! And he does not fail to make a little comment like “I am beautiful, I love myself!”

2 – He only talks about himself

No matter what topic you’re talking about, he always manages to bring the conversation back to him. It’s annoying, he really thinks the world revolves around him! You can’t place one, and you feel like he doesn’t care about you.

There is no doubt about it: he is good at everything he does. He is handsome, intelligent and has all the qualities. At least that’s what he thinks …

4 – He gets upset easily

You might think that a narcissistic person doesn’t get upset because they have an oversized ego. In reality, she lacks self-esteem and is very touchy.

He is convinced to have science infused and to know everything about everything. When you argue, he doesn’t even try to understand your arguments, he has to be right! It’s unbearable.

6 – He has easy criticism

Ah that, to criticize, he is very strong and he misses no opportunity to do so. This allows him to value himself, once again. Besides, he’s always putting you down and telling you that what you’re doing sucks.

7 – He has a sense of emphasis

When he recounts an event, he always adds more to say how grand it is. He lacks humility, that’s for sure!

When you don’t agree with him and let him know, he easily becomes aggressive. He hates that we question his words, it is a characteristic trait of the narcissistic personality.

9 – he believes himself superior

The narcissist is and does everything better than everyone else. He believes himself to be superior and considers that people will never do better than him.

He uses others to meet his own needs. For example, when he does a favor, it is always because he is interested in the back and wants to be promoted. With a narcissist, nothing is free! And you know it well … 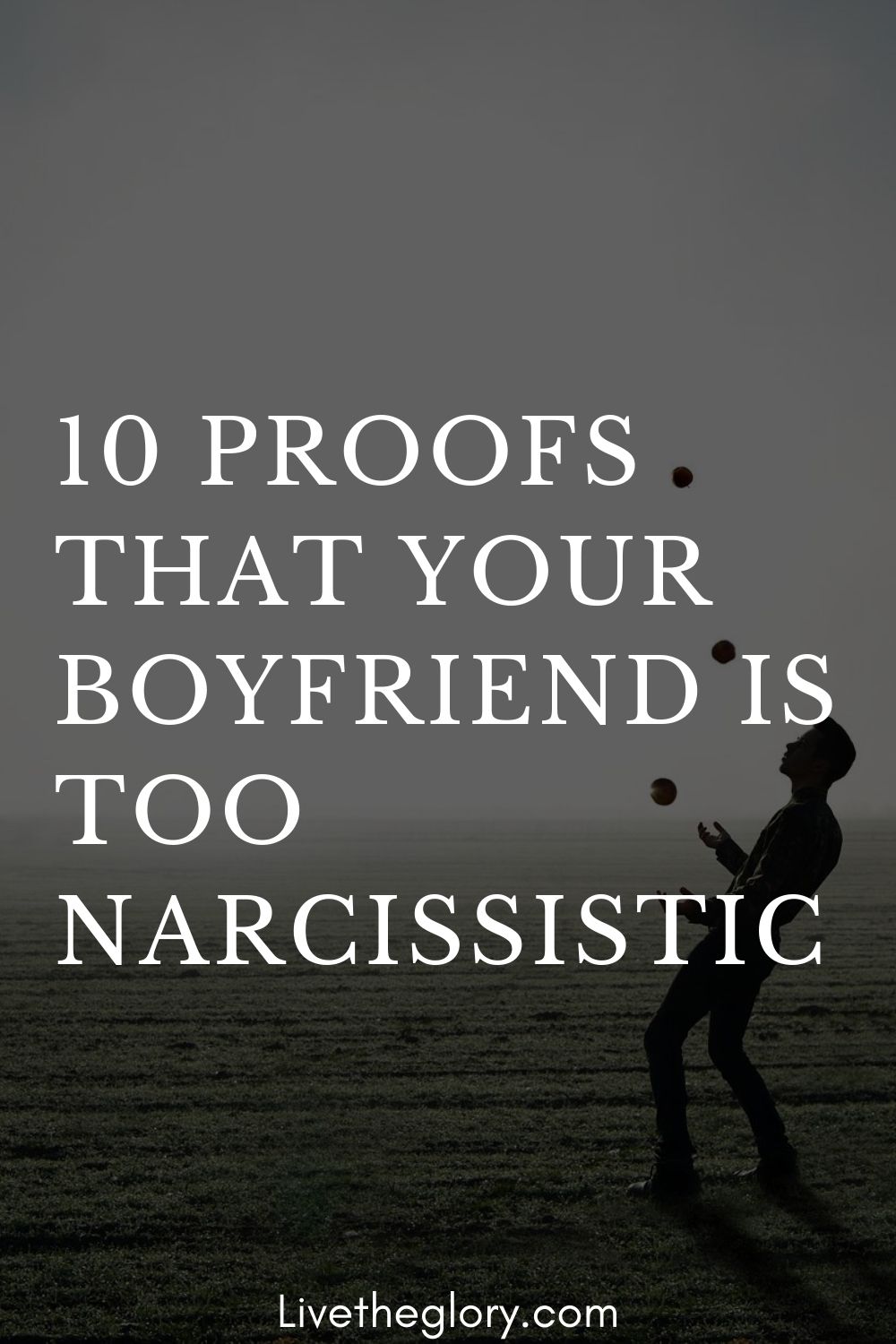