Let’s face it, romantic relationships are not always easy to manage and maintain. They are sometimes even doomed to failure. Moreover, among the most devastating reasons for romantic relationships is infidelity. “Why? Is the first question that comes to mind after such an act. Let’s discover the reasons that drive a man to be unfaithful!

Infidelity is the most unforgivable mistake a man can make. Not only does he hurt his partner in his self-esteem, but it also sounds the death knell for a relationship that may have lasted for years. Why would a man deceive his partner?

The reasons why a man is unfaithful:

Some men do not manage to get out of adolescence and still consider that seduction is just a game. They can even go as far as betting with their friends or posing absurd challenges regarding who will accumulate the most. a large number of conquests.

In life, we meet all categories of people possible and imaginable. It is therefore very likely to fall on this kind of men who can not talk to you without lying. These same individuals who will excel to make all kinds of nonsense behind your back, to see until when they will manage to fool you and to play of you!

Lack of education or misplaced vision, some men think that their virility is measured by the number of their s exual partners. In addition to boosting their ego, flirting or having s ex with several women at once is for them a sign of superiority and power.

4 – He takes you for granted

Now that you have officially agreed to be with him, he no longer has to make the effort to keep you. Moreover, if you had the courage to forgive earlier infidelity, this will push him even further in his belief that you will never leave him, whatever he does. A false idea nourished by a society where a man thinks he’s all allowed, just because he’s born with male genitalia!

5 – In search of novelty

At the beginning of a relationship, many couples are overwhelmed by the routine of daily life, before finding their balance. But sometimes, these gentlemen do not have the patience to wait and seek to spice up their lives elsewhere. Then, little by little, they become addicted to the excitement they get from their secret and forbidden relationships, and chase the infidelities.

6 – A fear of intimacy and commitment

Many psychologists say that some men have a natural revulsion for commitment and intimacy. Therefore, they prefer to keep a certain distance with their partners and sometimes go so far as to be unfaithful, just to prove to themselves that they are free and that they are not under the influence of the latter.

When a relationship lasts in time, it happens that both partners do not take the time to compliment each other or to express their love to each other. In these cases, some men feel helpless and less valued. This drives them to seek appreciation and admiration in the eyes – and in the arms – of other women.

Yes! There are men who can not say no to temptation. They may be madly in love with their partners, but this will not stop them from taking the plunge whenever the opportunity arises. They do not manage to control their impulses, and end up putting this on the back of alcohol or their “unsatisfactory” relationship.

Every human being has s exual urges, which he learns to control as he grows up and matures. Some individuals have not yet acquired this ability. They succumb to the slightest s exual vibration, and can not be content with a single partner or a “normal” number of se xual intercourse. So, even if they like their girlfriends or their wives, they will never be able to satisfy their (too) great s exual appetite.

When getting to know each other, both partners come with a specific vision and expectations. But when they are not satisfied or the quality of the relationship is not what they want, they think about separation. To avoid addressing the subject and having to face the other and reveal what is wrong, some men prefer to take the shortcut and commit an infidelity. Thus, the verdict will not be long to fall and the effect is almost guaranteed! 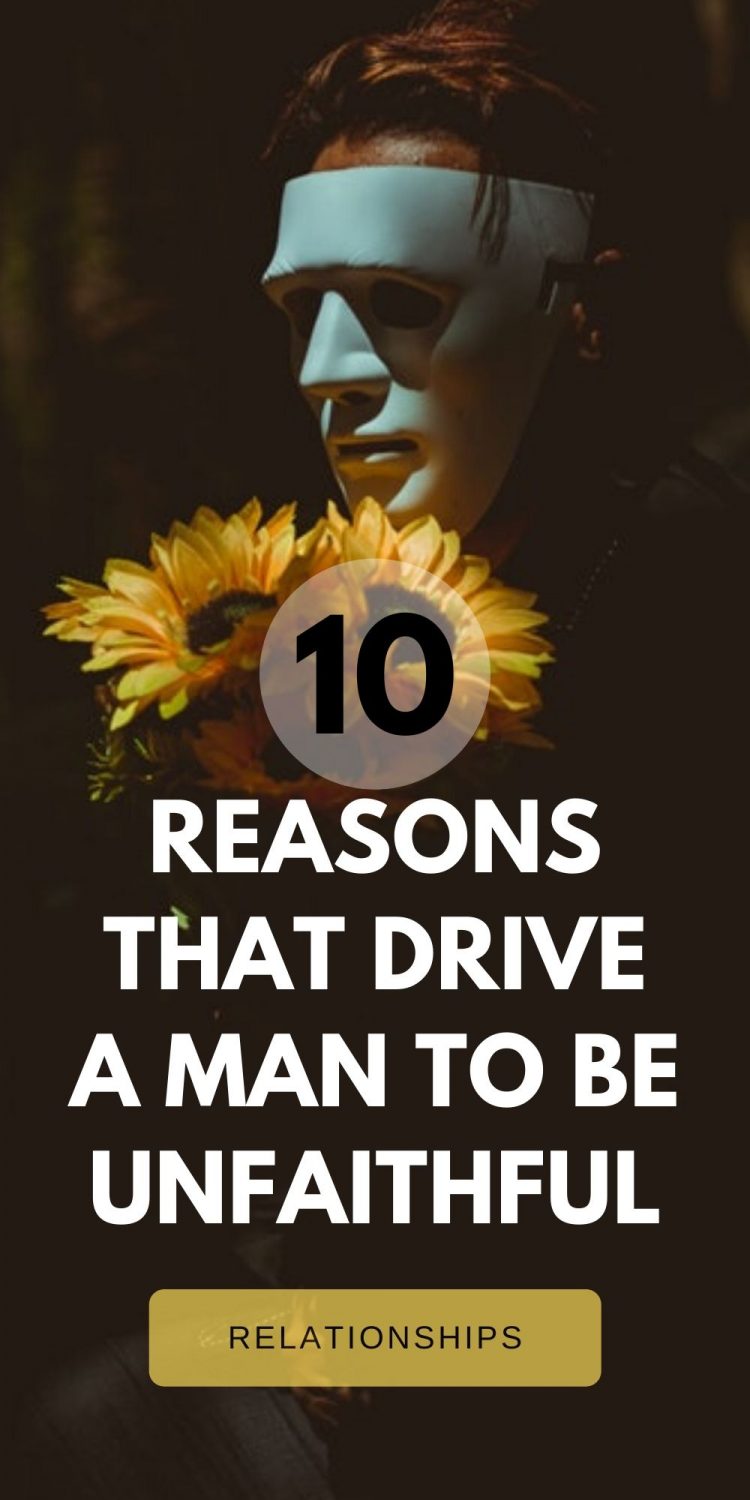