While we can never really know what the future holds, there are nonetheless some signs that a marriage won’t last. Here are 10.

1 – You had doubts before

When he proposed to you, you didn’t jump for joy. On the contrary, you were panicked and did not know what to answer immediately …

2 – You did not know what to say in your speech

The wedding speech is very representative of a relationship. If you did not know what to say, that you did not want to swear loyalty to him, it is because your union is not likely to last overtime …

Your goal was to impress everyone. To invite people you don’t necessarily know very well just to wow and wow the gallery. However, a marriage is a proof of love, not a demonstration of wealth …

Once the ceremony is over, you feel empty. You have spent months preparing for this wedding and now that it is over you have no more goals.

Far from couples who have an idyllic relationship, you spend your time arguing over trifles. Now, if that’s how it is today, just imagine what it will be like in ten years …

6 – your families don’t get along

In the long term, when families don’t get along, it is impossible to envision a long-term relationship. Permanent tensions will eventually tire everyone.

S**x is one of the foundations of the couple. If that doesn’t work out on that front, it’s obvious that your relationship can’t last for the long term.

8 – You are not on the same wavelength

You want children, not him. You love to travel, he is quite a homebody. In short, you do not have the same desires and that may be complicated in the long term.

When you need support, he’s never there. Worse yet, it only pushes you down and discourages you. How do you want it to hold in the long term?

The moments of complicity are essential to strengthen the couple. However, your husband would rather spend time with his friends than with you. You feel like he’s putting you last, like he’s laughing at you. Your relationship will slowly die out … 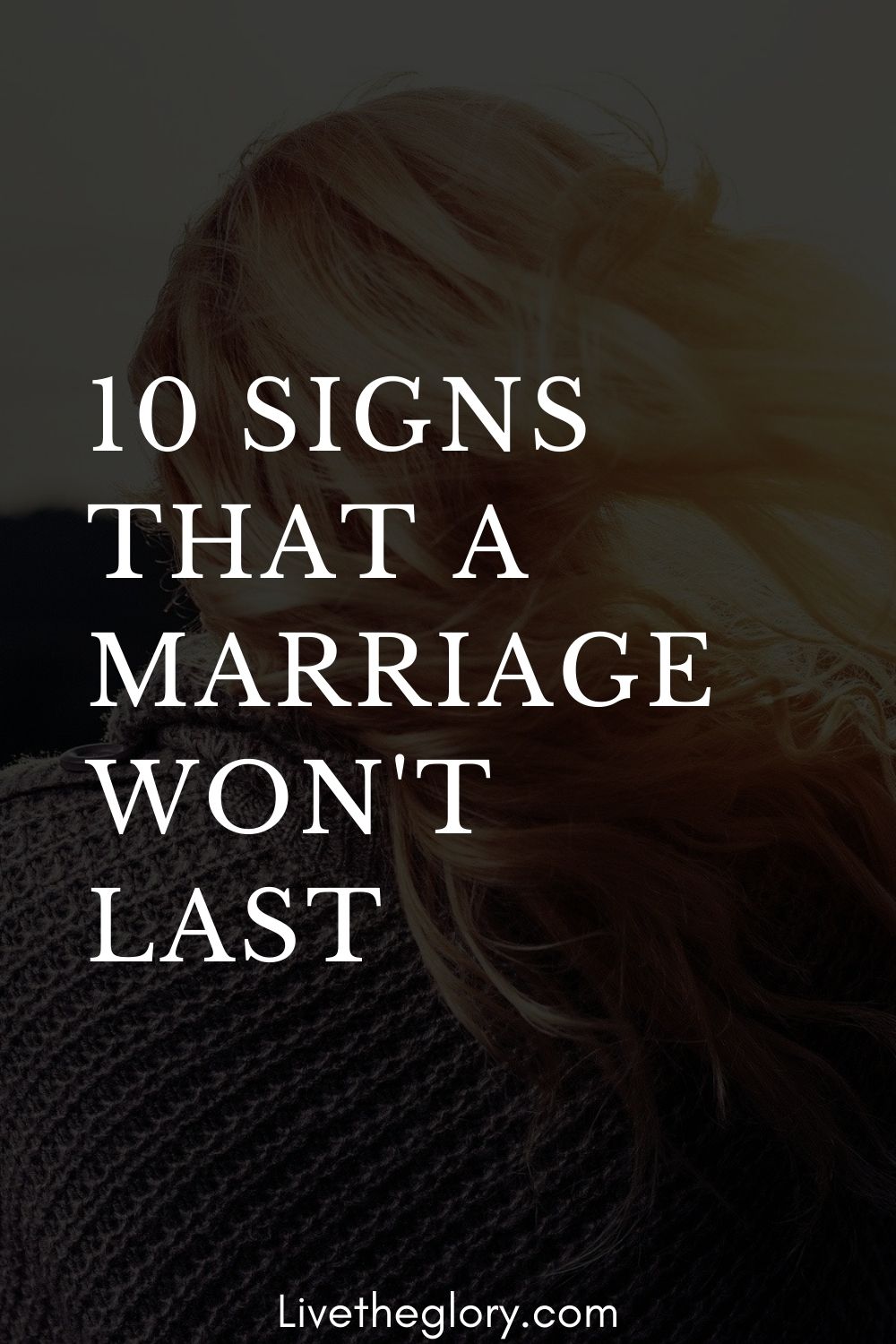