Separating from someone you loved is never easy. And sometimes, we have the hope of seeing reborn from the ashes a story that we cherished. Even though each story is unique, and each couple has their own way of dealing with a breakup, there are some signs that it is not yet the end….

You keep in touch (and it’s a bit ambiguous)

It’s true that it’s not been that long since you’ve been apart, and severely cutting ties is too hard: you’re still in touch. Only, there are certain words, certain sentences, which put the chip in your ear. When he tells you that he misses you, and that it doesn’t leave you indifferent, for example …

You can’t imagine getting back into a relationship

You have had a strong love affair with your partner, and imagining a new relationship is unthinkable. It is clear that the feelings are not yet gone. Besides, you know from a reliable source that he regularly informs himself about your conquests … Another hint of jealousy?

This is the 15 th time that you separate

Ha, you’ve been through some ups and downs with this person. You are even known to be the couple who broke up the most times among your friends. It is clear that despite all your attempts, you are too addicted to each other for this to be final.

You continue to like his/her photos on social networks

We can totally like the photos of our ex, because we stayed on good terms and we appreciate what he posts, but when the separation goes back to a month ago, and you continue to like all his photos and he does the same in return… It’s also a way of saying “I still exist, and above all, I think of you!” “

You broke up over issues that now seem to be resolved

Being in a relationship is not always all beautiful and all rosy, and we can sometimes come across people who accumulate problems and faults, and we feel powerless to help them… which leads to separation. Sometimes it only takes a while for things to work out and start a relationship back on sound foundations.

Both of you expressed regret about ending this relationship

Even though you’re apart and trying to live your life on your own, you might have crossed paths… and couldn’t help but let go. “We had a great time together anyway. This has undoubtedly rekindled a certain flame between you.

There has already been some slippage between you since the separation

Sometimes, the physical attraction is just too strong to do without him/her, and some former couples continue to see each other just for s**x … It’s hard to say that it’s over when you continue to share intimate moments!

You were an accomplice couple and you had lots of little delusions, private jokes, common anecdotes. The simple fact of being confronted with something that brings you back memories makes you want to share them with him, and vice versa …

You are separated for reasons outside of your married life

The age difference was too great, he lived too far away, you were studying too much… and yet you loved each other very much! You have separated, but you have the feeling that you have missed out on a great story … Perhaps life will put you back on the same path.

You haven’t packed your stuff yet

Here’s a sure-fire sign that lets you think it’s not over: you still have his things at home, and he hasn’t claimed them, and he on his side always finds an excuse not to return them to you. Yeah, okay, we got it! 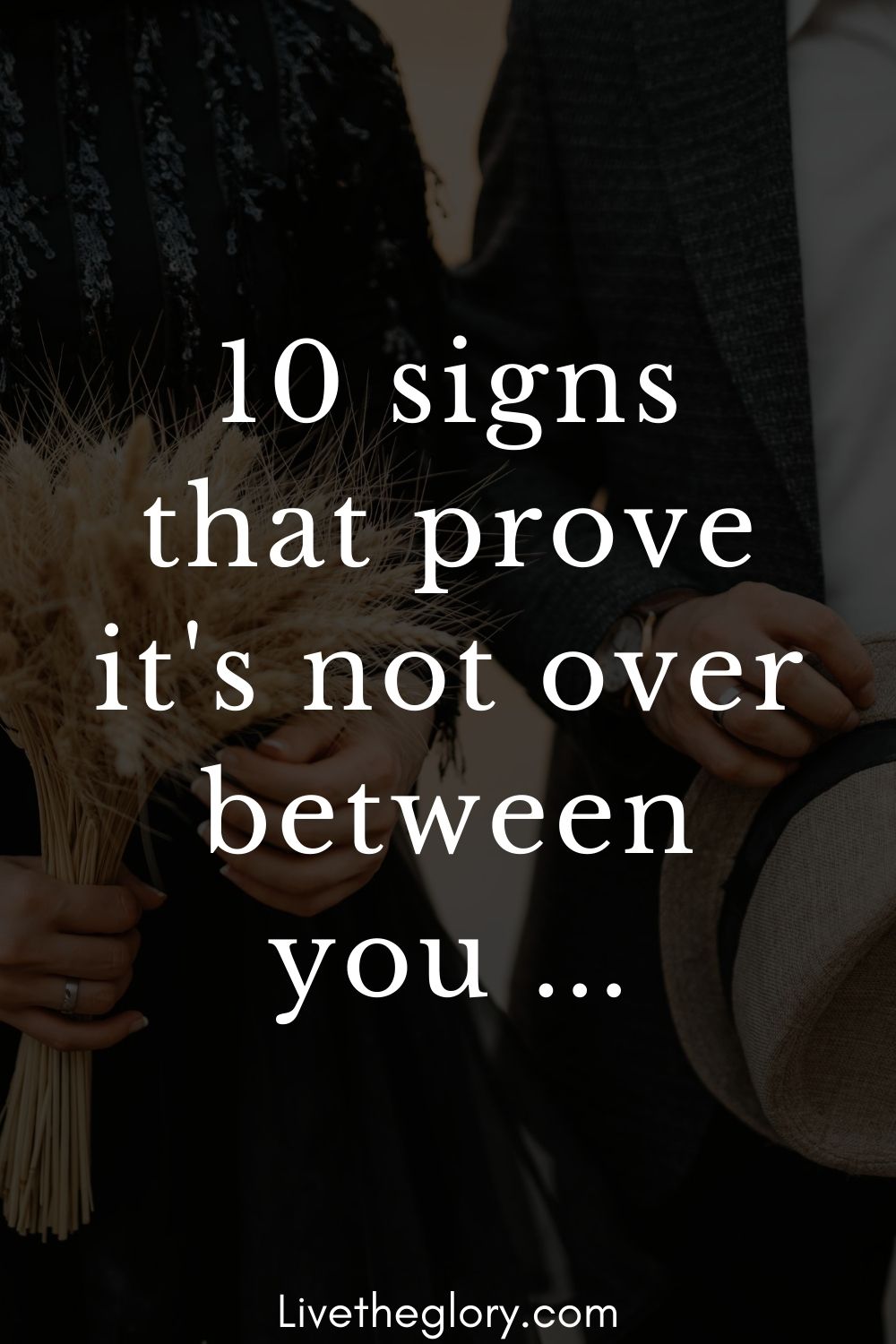