Gone are the days when you called each other all day long, that you made love when you had a free moment, that you had lots of common projects and the furious desire to share everything … Today, your relationship smells musty. The proof by ten.

1 – You no longer make love

At first, you threw yourself on him as soon as you could, you spent fiery nights of love, the slightest touch made you shudder … Now it’s the opposite. You can’t stand him touching you anymore, you no longer feel any desire for him and it seems mutual since he doesn’t try anything to make you want him.

2 – You argue for nothing

In your relationship, everything has become a subject of dispute. From the TV show to how to fold towels to a bowl in the wrong place, the least we can say is that you are constantly fighting over trivial things. You are far from the small fits of jealousy which, in the past, spiced up your story.

In the past, you would spend hours remaking the world, sharing your point of view on a lot of things. Today, it’s simple, you no longer discuss. When you open your mouth, it’s only to say “can you pass me the blocked salt?” “,” Don’t forget to buy bread later “.

Ah, the time is long gone when you were so in love that you only had eyes for him. The handsome kids in the street, you didn’t even look at them anymore, it was only him who mattered… Now, you don’t feel guilty for a single second by watching the handsome males around.

5 – you no longer have the same projects

Going around the world, having babies, getting married… So many things you agreed on. Today, you can no longer project yourself with him. When you imagine your future, it just isn’t one of them. And it’s the same on his side.

6 – His faults annoy you

His little faults which made you crack at the beginning have become intolerable to you. You can’t stand them anymore. In fact, whatever he does annoys you, you feel like you hate him in a way.

7 – You prefer to go out with your friends

When you were in love, you spent most of your time together. Today it is the other way around. You prefer to spend your free time with your girlfriends. Moreover, your companion does the same, he is more with his friends than with you.

8 – You no longer make any efforts

Neither to seduce him, nor to find compromises when necessary. You no longer want to put in the slightest effort to make your relationship work. If he doesn’t think like you, you just leave him in his corner, you don’t care.

9 – He makes you unhappy

If you are still in love with him, he makes you unhappy because he is not at all like when you started your relationship. He is no longer attentive, he no longer takes an interest in what you are doing, no longer seems to worry when you do not give him news of you … In short, you feel him distant and that makes you sad.

10 – He is no longer attentive at all

He no longer calls you, no longer shows up unexpectedly saying “Honey, I have booked tickets to go to Venice!” Pack your bags, quickly! “. He no longer surprises you and considers you acquired. 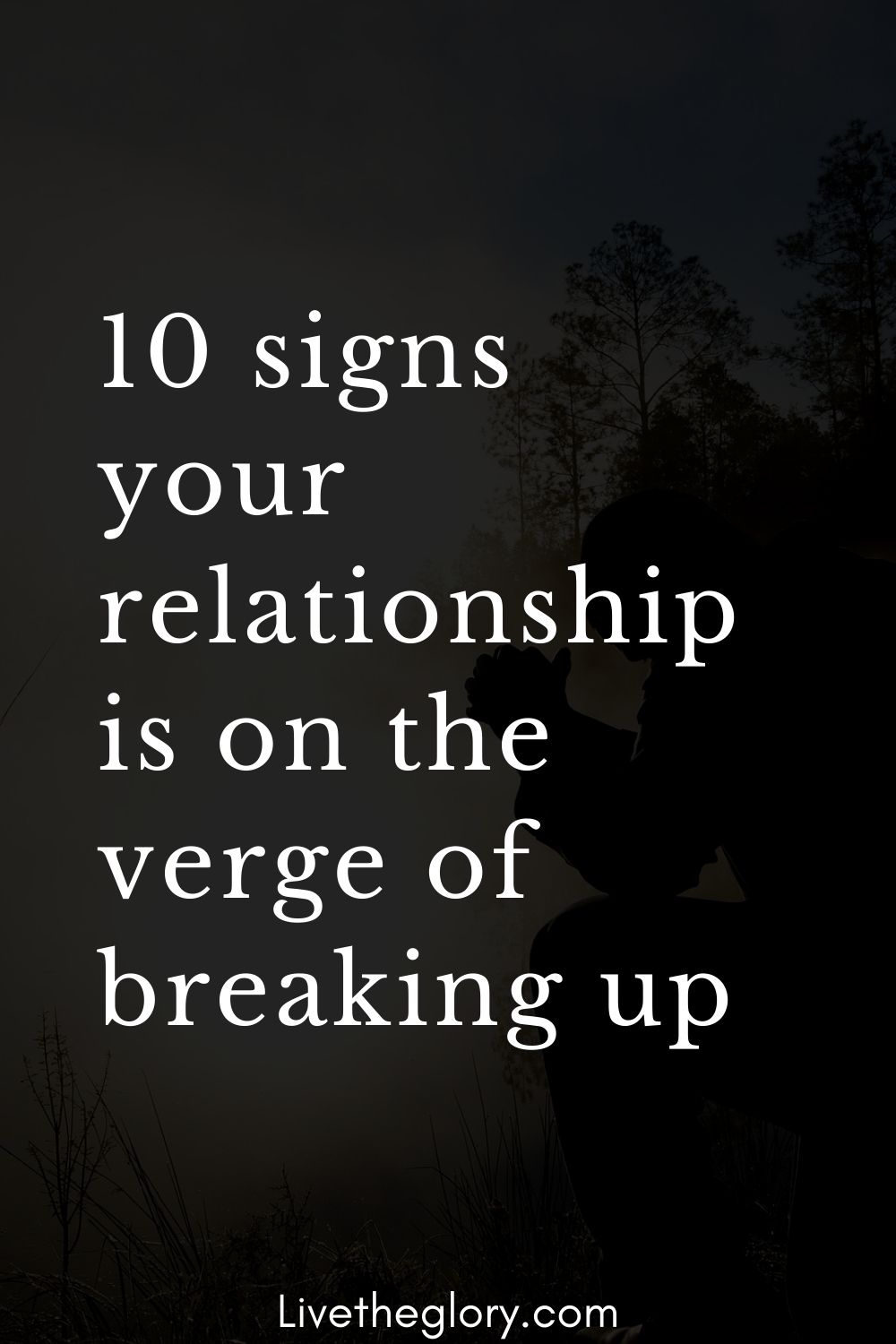