How to recognize a sensitive guy?

It’s true that a very manly guy has everything to please girls, but they are even more attracted if behind his tough shell hides someone very sensitive. For them, there is nothing cuter than a sensitive guy, the one who is not ashamed to show his feelings and to confess them. If you want to know if Jules is very sensitive, here are the situations that will help you to spot it.

1.He is very emotional

You will know if Jules is sensitive if he is annoyed by seeing a homeless person who is dying of hunger, by seeing sick children, by noting the poverty in the world… He is also very sad when he hears bad news. The misfortunes in the world touch him deep in his heart which proves his emotionality.

Jules is romantic and sentimental if he sends you cute messages every day and calls you all day long. But that’s not all, he also loves to surprise you like a romantic weekend, and he is passionate about collections of poems. All this leads to say that your guy is very romantic and that he likes beautiful things.

3.He knows how to keep a secret

The sensitive guy doesn’t like to flaunt his privacy. The less he talks about himself, the better he is. He is the one who likes to keep your cocoon of love secret. When you tell him things, he’s not the one going to tell his best friend or his mother, and that clearly indicates that he’s very sensitive.

4.He cries in front of a sad movie

It seems hard to believe, but men cry too, especially the very sensitive. If you have noticed that your sweetheart has cried in front of a rosewater movie or dramatic comedies, it is sure and certain that he is someone very sensitive. And we must admit that it is very touching.

If your guy loves cartoons and knows all Disney by heart, this is the sign that doesn’t lie about his sensitivity even if it’s rare for a guy to do that. He is the one who is able to stay glued to the sofa all afternoon watching animated films. Also, he always sheds a small tear every time he looks at the Lion King, more precisely at the time when Mufasa dies.

To find out if Jules is sensitive, all you have to do is check the series or games he is passionate about. If he doesn’t like violent movies and series as well as brutal video games, it is because he assumes that there is enough violence in the world to add to it virtually. It is the sign that does not deceive concerning his sensitivity.

The sensitive guy, when he’s on Facebook, always checks if his contacts liked what he just posted. If he finds that such and such a person has ignored what he has posted, he will not hesitate to delete it from his friends, because he hates not having the approval of others. If Jules is like that, know that you are sharing your life with a very sensitive guy.

8.He bursts out laughing for nothing

The guy with great sensitivity loves to laugh. He may laugh at hearing or seeing funny things or not very funny jokes. It is certain, he is able to make you laugh, proof of his great emotionality. What makes your romance jealous of your girlfriends.

9.He is very considerate

A sensitive guy is always considerate whether it is with his sweetheart than with his relatives. If Jules is still concerned about your well-being, and if he is caring and considerate of you, this is a sign that he is sensitive.

The sensitive man is very intuitive so never doubt what he says. If Jules tells you “I don’t feel it”, “I feel that something unfortunate is going to happen today” … this is the sign that clearly proves his sensitivity, because he is attentive to his intuition, and rarely, it lies. 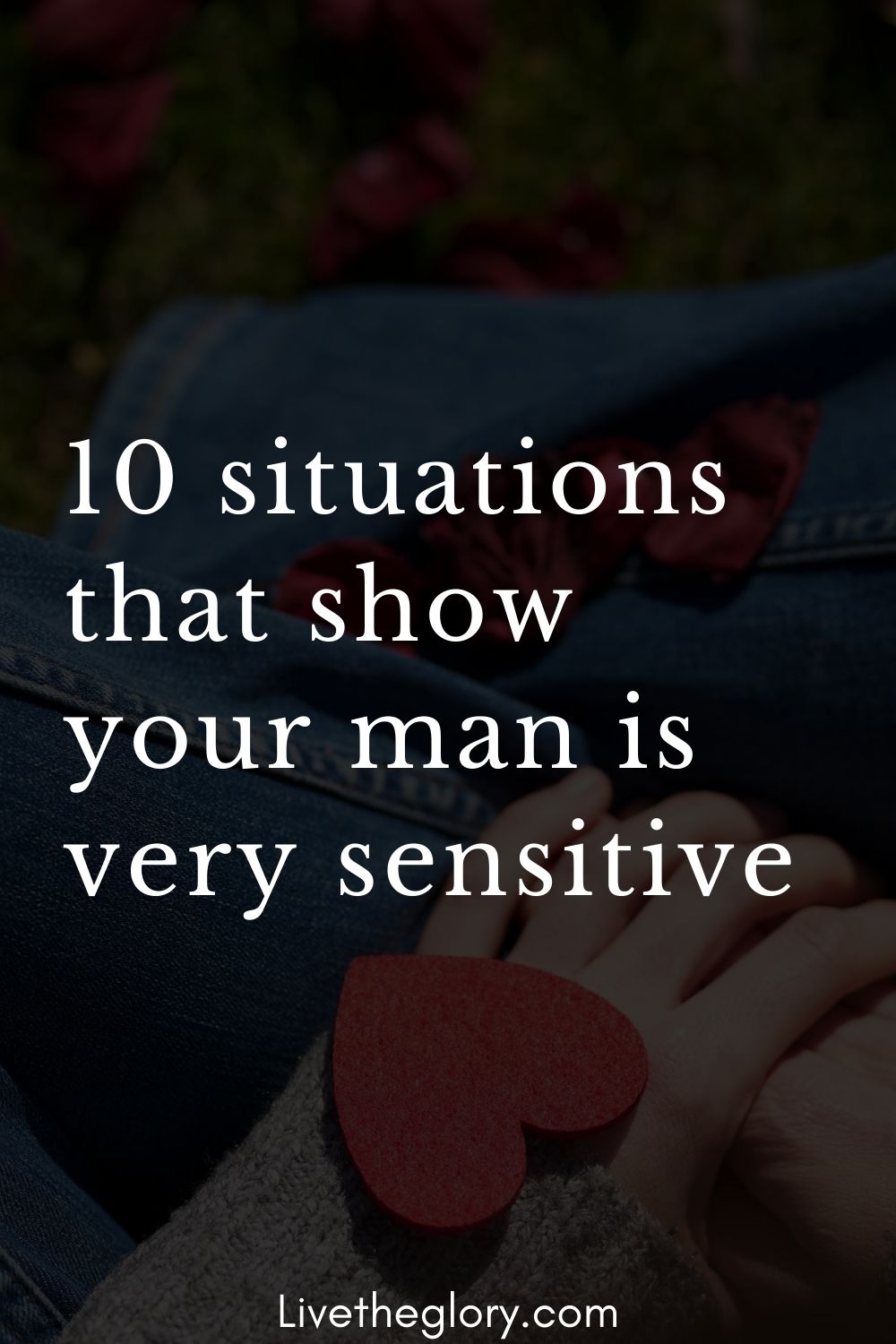