When we want to make our partner confess that it was HIM who left the empty milk bottle in the fridge, we wince him, we titillate him, we annoy him and we beg him until he cracks (a well-established technique that has been proven for ages!).

But if there are things that a man confesses more or less willingly, there are others that he will never reveal to us, even under torture … Sometimes (2% of cases) it is to preserve our sensitivity, but most often, it is to protect ourselves!

The first time we ran into him at our favorite bar and struck up a conversation with him, he pretended nothing and told us it was his first time. In fact, our bartender friend told us that he had been coming and leaving for 17 nights in a row as soon as he saw that we weren’t there!

Since it was pointed out to our partner that he had caught a few crow’s feet, two strange phenomena have been produced jointly: in the evening, he comes to bed with very soft skin; and the level of our night cream drops faster than usual. A coincidence no doubt, because our Darling, his physical appearance, he does not care “completely”!

We don’t really know if it’s genetic or scientific, a man will never admit (and even under torture) to a woman that she was right!

Uh, for once, there, maybe he is right!

Our man is real, tough, tattooed. So when we go out with our girlfriends and leave him alone in the apartment, he lives it really well. Finally, officially. Because it’s funny but whether you come home at 11 p.m. or 3 a.m., you always find him in bed reading or watching videos. As if he had not managed to fall asleep during our absence …

It is not clear whether this is to preserve our ego housewife or if he is afraid to find the rat poison in his mashed potatoes, but when you ask a man if he liked that we prepared him, he systematically replies “yes, it’s delicious”! And this even if he makes funny faces while eating, or that he hardly touches his plate …

At the same time, that he does not answer in the affirmative when we ask him if we have gained weight, it is beneficial for him. Woe to the man who answers “yes” when his girlfriend asks him if he does not find that she has gained weight lately …

It’s funny but every time we take out our pair of red python imitation leather boots, our partner always tries to convince us to put on another pair. And yet, as soon as we ask him if he likes them because they are our favorite shoes, he assures us that yes, he loves them too. Weird right …?

Suddenly, he’s been getting tired of making us believe that every Thursday evening they get together with his friends to set up THE company of the century which will make hellish profits … not yet found the name!

When we ask him what he thinks of guys looking at girls in the street, our darling replies that they are “badly learned buggers without any respect for the fairer s**x”. A sentence too perfect and too clean which can only prove one thing: even if he will never admit it, he too watches the girls in the street! 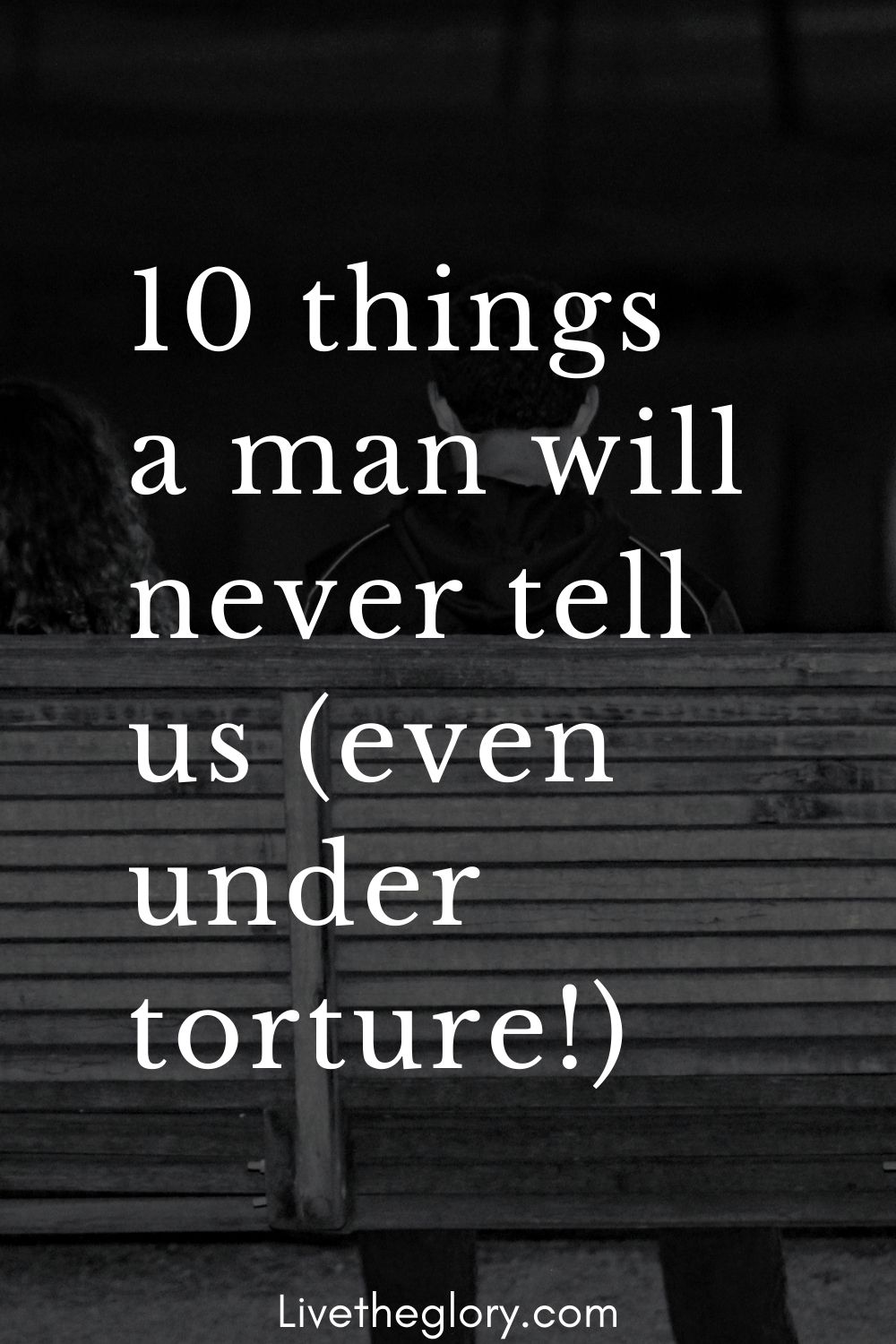