When we ask men what their wife bites them most often, they unanimously answer “our clothes”. It’s true that putting on your Darling’s woolen shirt or sweater, with its scent on it, is always a pleasure …

But what men don’t know is that in addition to their clothes, we steal a lot of other things …

Having a bearded man at home is great: not only is the beard super-trendy, but also when you’re out of razor, you know that there will always be one that will hang around in the house. bathroom. And not a rotten disposable razor!

We always pay for everything by credit card. So sometimes, when you have to go get eggs or grated Gruyere at the local grocer, you know very well that by rummaging in Chéri’s wallet, you are sure to find some change!

It’s stronger than us: when Chéri goes to wash up and leaves his phone lying around on the coffee table, we are so curious that we often let ourselves be tempted, and that we go to check his texts a little. … Unfortunately, guys are much faster than us in the shower!

This is something that terribly annoys guys: when they are quietly watching a documentary (too boring) on ​​the non-respect of the cold chain in the food industry, we arrive, we steal them the remote control of the hands, and one puts Love is in the meadow instead. Grrr!

THE classic of classics for couples who go to restaurants: we pay attention to our shape, so we have a small salad. But they are virile carnivores, so they need protein and starches. What a good steak and fries! But when their plate hits the table, our hands will be irresistibly and inexplicably drawn to the fries … Just one to taste!

It’s not our fault: we never remember if ours is green or blue … And besides, in a couple, we are supposed to share everything, right? And him, he’s been stealing our night cream for 2 years, so it’s all fair game.

What chick never took a little perfume from her sweetheart when he was gone all long weekend and missed him a little (a lot)? With a spray of his perfume on the pillow, we have the impression that he is there and that he is sleeping with us (except that we do not hear him snoring in addition)!

But not to read or leaf through them, eh: to pack fragile items when you move! On the other hand, when they steal our women’s magazines, they really read them.

This explains why they often wake up in the middle of the night, freezing cold, and they more often have a cold than us!

By dint of hearing them talk to us with moldy excuses (“I did not take down the trash because I read that from 5:48 pm it was bad luck”), we start to take the fold! So the next time that Monsieur asks us why we bought a pair of shoes again, we can answer him shamelessly that it is because we “saw in a documentary that the more a woman had pairs of shoes, the more her. libido climbed ”. And Bam! 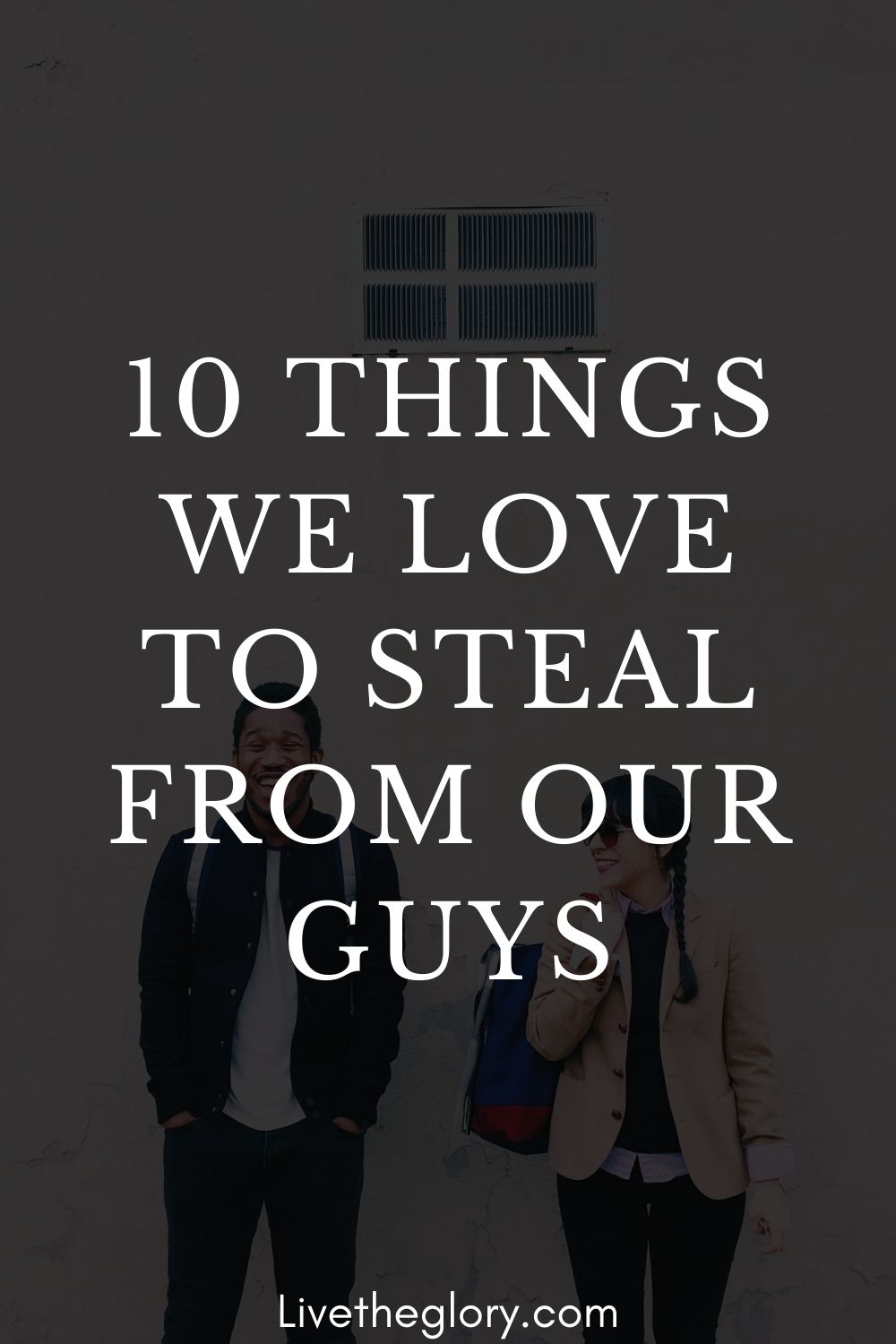