The good news is that if it sometimes only takes a short sentence, a mocking smile or a glance to start a big couple’s argument, it can also be stopped in less than a second.

How? ‘Or’ What? Simply by finding THE right word! Here are 10, to test during our next spat with our partner …

According to an American s**x therapist, nothing like an “ouch” to clearly express to our partner that one is hurt by his words. Suddenly, faced with our vulnerability, he will have no other choice but to stop … and the dispute will be defused.

When we are the ones who started the argument with a little spade or a hurtful remark, we might as well admit it and apologize to prevent things from escalating even more, right?

Followed by “I don’t know if you realize it, but there, what you just said, it was really hard and upsetting for me”. By expressing our suffering in this way, Darling should understand that he has crossed the line, and calm should return.

Because sometimes when the low blows and insults and bird names fly all over the place, you just have to shut up and wait for the storm to pass rather than put on a layer and make it worse.

To cut short an argument, rather than outbidding our partner’s nastiness and spades, it’s much smarter to admit our mistakes and admit that he was basically right (if he is of course !).

Wanting to have the last word at all costs and sticking to your positions is good. Except when an argument has already been going on for 35 minutes and we feel that our partner has been thrown at more horrors than he could bear. To avoid breaking the record for the longest and most pointless dispute in the world, you might as well tell him that we regret, right?

When a couple’s argument starts to escalate seriously and you feel like you’re on the verge of overstepping the line and saying something you might regret, you can choose to retreat. To get some fresh air for 15 minutes, come back calm and clearer, and give your partner time to breathe too.

Nothing like it to calm your darning, and in just 3 seconds more! By telling him very clearly that his words are too virulent and that he hurts us, he will take a little electric shock and the tension will come down a notch.

But not a wow of wonder like when you see something grandiose. A half-astonished half-disgusted wow, like “wow, I didn’t think that a person I love so much and who says he cares about me could one day hurt me so much”. It calms down immediately!

When an argument drags on and after a nasty snowball effect the small reasons for annoyance have become big reasons for separation, nothing like looking your partner in the eye and asking him “but why is that?” are we already arguing, at the base? “. If neither of them remembers, or if the reason is more than ridiculous, it is high time to reconcile! 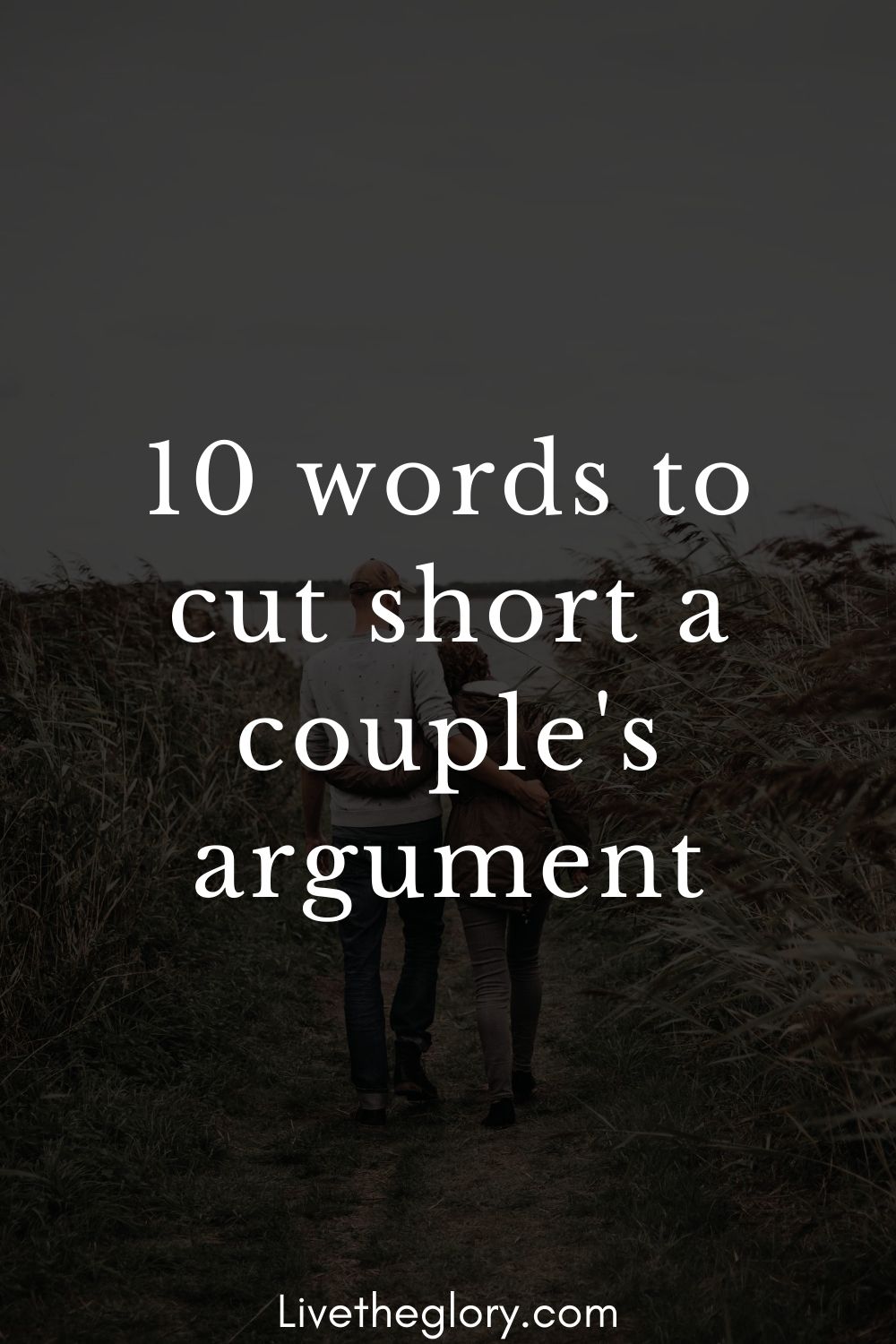