I think I am not mistaken in saying that the majority of women seek an exceptional and stable relationship and that they do everything to live this type of relationship: they take care of them, they cultivate themselves…

And yet, many of them are very surprised when I tell them that, without knowing it, in their search for perfection, they may be doing something wrong. This seems impossible to them since they have only good intentions!

Unfortunately, we women tend to say or do little things that sometimes seem trivial to us, but which can deeply annoy a man, even move him away from us…

But do not panic: I am here to help you identify these behaviors so as never to reproduce them again and once again live an idyllic relationship with your man.

So here are the 3 ways you keep men away without realizing it:

You are negative, severe

Let’s go on to the fact that often women are very critical of the man they love. They are always trying to change it, and men, well, it annoys them!

But what they hate even more (yes!) Are the innocent little phrases like “You don’t love me anymore” or “Why don’t you leave me?” “

I can understand that you are afraid that your man will leave you … but then, why instill the idea in his head?

I know: you’re just looking to be reassured about the love your man has for you, and the only thing you want is for him to reaffirm his feelings and all the fuss…

And I can assure you that it will.

Until he is tired of you behaving like a child.

You are a woman, not a child. And your man wants a woman.

Of course not, men do not expect you to never complain, to keep everything for yourself, never to embarrass him (in short, that you are an inflatable doll). But this kind of sentences is too much for them!

Do you want to send her a message? Do it in a simple, direct way. For example :

It’s not complicated, and instead of overwhelming him with a ” you “, you tell him of your feelings with an ” I “. Look in my third example the difference it makes!

You try to test Him

It’s a bit similar to point 1, but it’s more subtle. Instead of being scathing, some women pass on certain remarks like teasing when they adopt a clearly manipulative behavior.

For example, they will mock (“kindly”) their man in public, or make them think, and if he complains, they will respond something like “don’t be so touchy”, or “Sorry, j ‘didn’t realize it bothered you’ (my eye).

It is clearly a way of testing a man. To test “its resistance”, if I can say. To see how ready he is to accept “out of love” (and that’s stupid).

The man then wonders if this relationship is a good relationship (a healthy relationship), since the one he loves does not understand it. He feels that something is wrong. And the fact that she denies only increases her uncertainty about the relationship in which he finds himself.

You do things that harm your relationship

Have you ever heard the expression ” behavioral pattern “?

A behavioral pattern is a behavior that one tends to reproduce, either after having observed it in someone or after a relatively traumatic experience, for example.

If a woman sabotages her relationships, one will most certainly find reason in her past. Has she had any difficult experiences in her life? Are there repeating patterns in his life? What type of man is she attracted to?

Take the example of a woman who, in each of the relationships she had, cheated on her partner.

As a specialist, what I deduce right away is that this woman probably needs love and attention and, when she judges that she is not getting enough from her man, she goes to look elsewhere.

She is so afraid of being hurt by her man who loses interest (maybe just punctually!) Of her, that she prefers to destroy her relationship before he breaks her heart.

Does that sound amazing to you? Think again. There are dozens of reasons why men and women cheat on their partners, but surprisingly, fear of abandonment is the most common reason for infidelity within the couple.

“How can anyone come to think like that ?? You could ask me (with good reason).

My answer can be summed up in two words: “behavioral pattern”.

A person acting in this way will undoubtedly have felt during his life a feeling of abandonment so strong that he will have developed this “technique” to avoid suffering.

Worse, a person who has suffered from a feeling of abandonment will most certainly be attracted to someone who will tend to abandon it!

So, ladies, we stop sabotaging our relationship, we stop hurting ourselves, we breathe and we talk with our man, calmly, calmly, to settle any concern about self-confidence (you will have noticed that he is there, concern, in all the examples I gave you).

You have the right to have insecurities, and it’s normal to doubt, sometimes. But you have to learn to trust not only your man but also yourself.

He did not choose you because you were passing on his way. He chose you because you are a person with tastes, qualities, and yes, obviously, some faults, but he decided to sweep them with the back of his hand when he saw how wonderful you were. 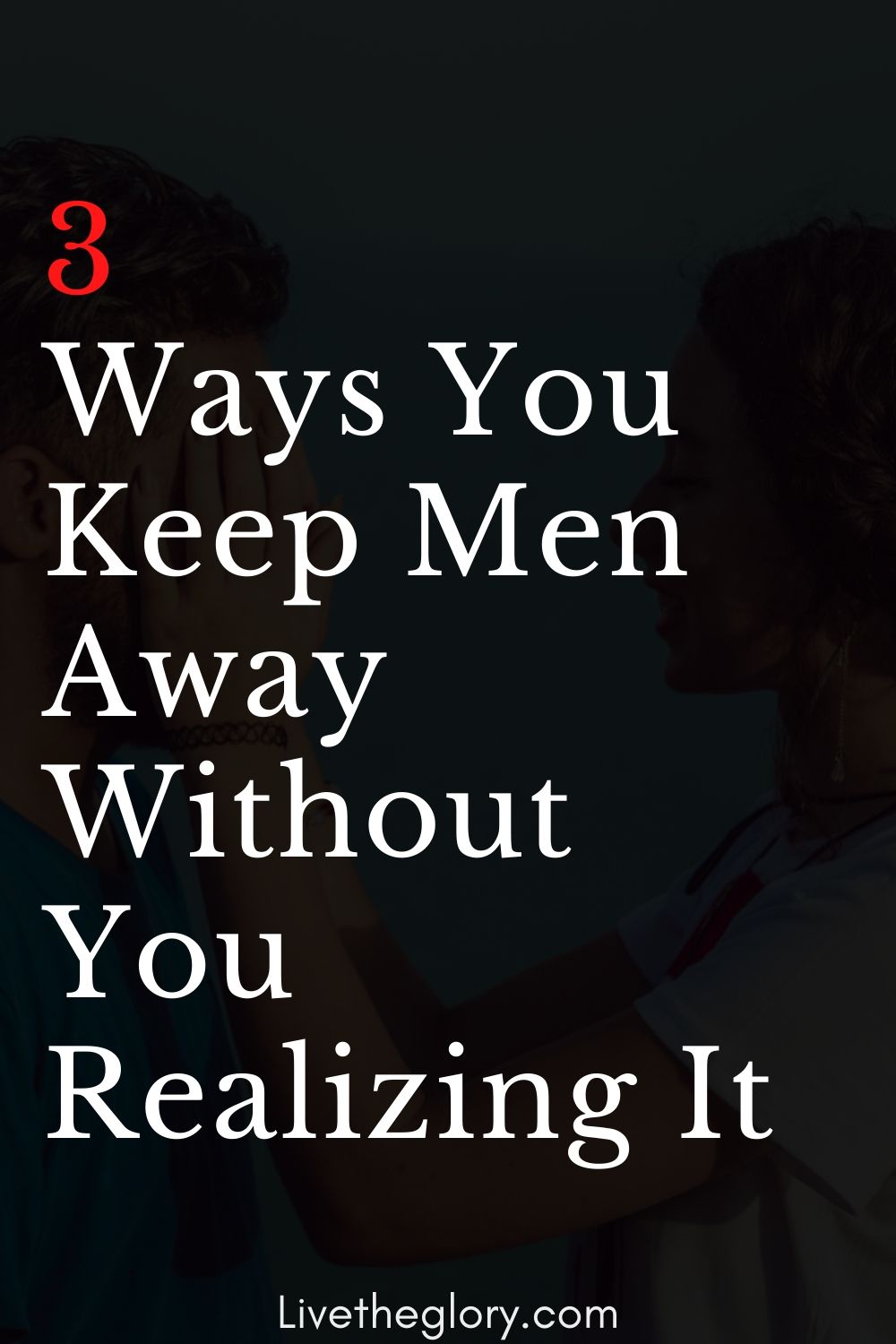