When we are in the middle of an argument, we need to take care of our words and choose them carefully so as not to make the situation worse and be able to come to an agreement with the other party.

An argument is characterized by a dialogue where there are disagreements, differences of opinion, and a clear need to impose a truth over the other person’s arguments.

While no one has ever taught us how to discuss in a healthy way with the goal of reaching mutual agreement, there are a number of key factors that can help you.

What needs to be understood, first of all, is that the main enemies of a constructive and respectful discussion are negative emotions.

A disagreement in the couple, a misunderstanding with a work colleague or with a boss often causes a feeling of discomfort, nervousness, frustration or even anger.

Controlling these emotions will allow us to achieve that mental calm that makes us much more effective when it comes to arguing and coming out triumphant from any discussion.

We invite you to discover 5 easy keys to get there.

Do not attack: arguing is also listening and taking into account the other

An argument is not won by attacking. It is won with good arguments and with the charisma of someone who feels confident with himself to influence the other person by guiding them towards a good agreement.

Never stop caring about the person in front of you. If negative emotions control you, you will stop listening, and if you don’t listen, you will not offer logical or valid arguments.

It might sound silly, but when we are in the middle of an argument there are certain words that can help us “move” the other person by “forcing” them to be aware of something deeper.

Let’s take an example. Imagine that you are in the middle of an argument with your spouse and you say the following to them:

It is very likely that, faced with this type of question, the other person will give standard answers that are already ready.

However, imagine what might happen if you told her the following:

The purpose of a discussion is not to force our truth into the other person’s mind. What we are looking for is the following:

4. Control the tone of your voice, avoid language tics

Phrases like “You don’t understand me”, “You don’t know what I mean” or even starting sentences with “No” involves putting up a wall in the fluidity of the dialogue.

And a negative emotion is already imposed in the conversation.

5. Argue and bring ideas that awaken the empathy of the other

One of the most common problems we have in an argument is that we can’t argue.

Another very suitable proposition is to introduce sentences that “necessarily” awaken the empathy of the other.

Here are some simple examples:

Doing it with calm, respect, and good arguments will help you come out victorious with a good deal for both parties. 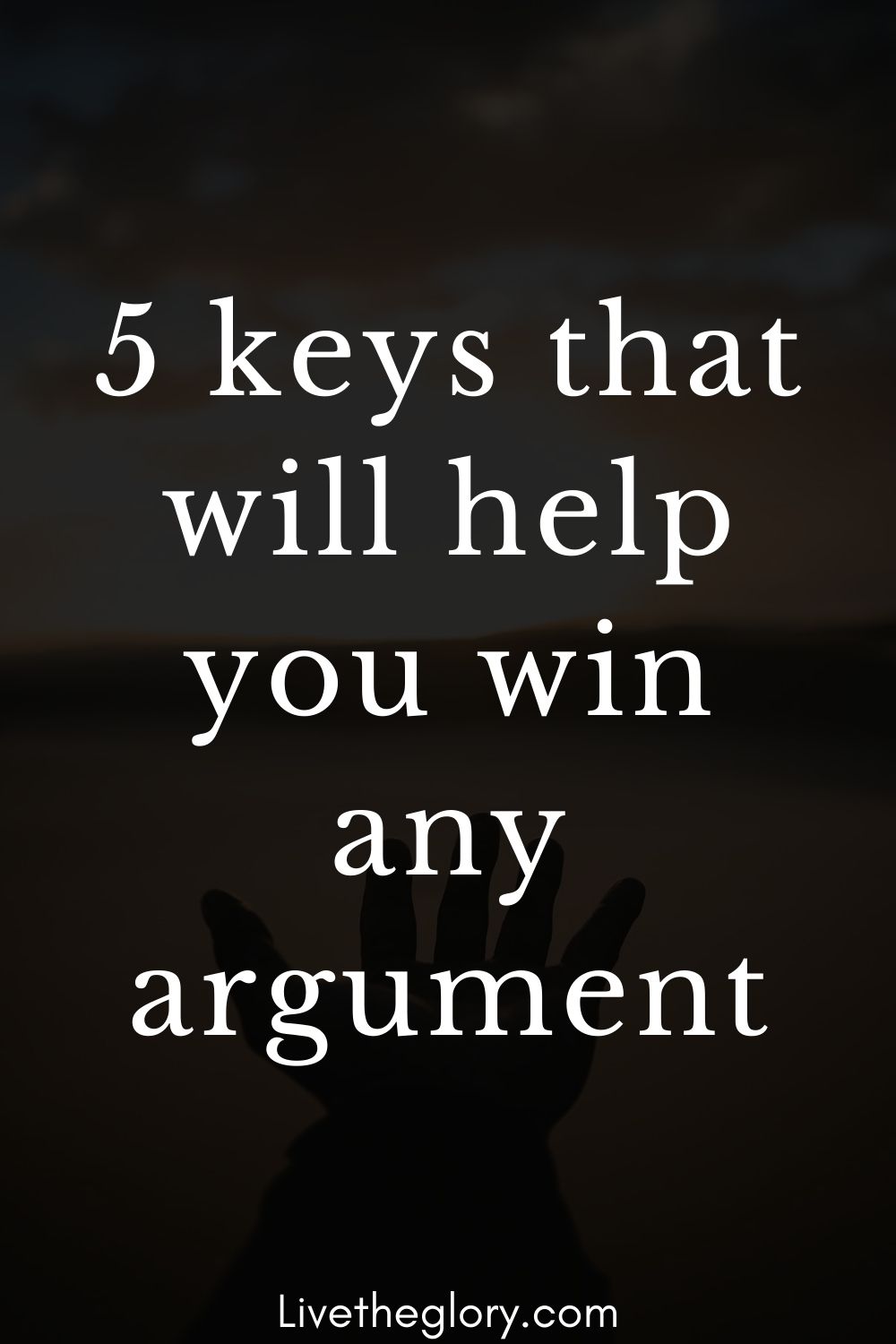