When we love our partner, there are some things we’d better avoid saying.

They are unable to guess what we are thinking or wanting. They ignore that often we say the opposite of how we feel, stemming from our own inability to describe what we are going through in the moment.

We’ve been conditioned to play shyly, to be so subtly passive-aggressive that sometimes our tone is sharper than a knife cutting our love, until we both were bleeding because of it. Still, there is a better way, but for that we have to be real first. We have to decide not to play games.

Often times, women are very famous for saying the opposite of what they think, creating unhealthy behaviors that can ultimately lead to relationship instability.

But instead of saying something we don’t mean, why not try saying exactly what we are thinking and in the process, see how much that can strengthen the communication and the relationship in the end.

You should avoid saying “I’m fine” when you’re not

This may be our most famous lie, but the truth is we’re not really doing well.

Maybe we haven’t even been upset or triggered by the person we love, but we are saying this phrase in an attempt to create one of two situations.

The first being that we hope that the person we love will find out what is wrong. Not only is it unhealthy, but it is also immature. We can’t expect someone to guess why we’re upset, or think it’s a big deal, unless we make the choice to discuss how we’re feeling.

The second is that we are overwhelmed and now is not the time to discuss what is bothering us. It’s not helpful to just say, “I’m fine” when I’m not.

We need to speak to our partner with the same openness and honesty that we expect from them.  In a sense, the way we deal and talk with becomes the lesson of how we want to be spoken to.

If the person did something upsetting, then just tell them. Not in a passive-aggressive way, but stating precisely what he did, whether it’s because he forgot to empty the dishwasher, get some milk on the way home, or because he did not send a message to warn of his delay.

This makes communication easier, and also lets our partner know that we trust them with how we feel, and that we are not looking to initiate an argument, but rather to talk about it rationally to understand each other.

You should avoid saying “I don’t care. “

It’s quite the opposite.

When we say we don’t care, we come across as flippant or as having no real opinion on the matter.

Whether you are asked what movie you want to see, or what you want to eat, give your opinion.

Don’t try to go with the flow or let your partner decide all the time. Speak.

Your partner is with you because he appreciates and respects you, and that means he cares about your preferences and opinions.

By stopping saying “I don’t care” in any situation, we open the doors of communication even more, so we can both realize that sometimes we will have the same opinions, and other times not.

And that’s good too, because two people who love each other aren’t supposed to agree on everything, but it’s how we navigate this in-between channel that determines how our relationship may evolve.

You should avoid saying “Do whatever you want.” “

We only take this one out of our arsenal when we’re so mad or angry, we can’t even say a word more about everything that’s bothering us, so we just tell it to do whatever it wants.

What we’re saying is he should know (and want) to do what we want him to do, and if he doesn’t, then he better take cover.

Our partners don’t always know what they should be doing to contribute to our happiness, so we just have to talk and ask them.

I’ll save you some trouble here… yes, he finds her pretty.

But if he wants to sleep next to you in his bed, and not on the sofa, he will never say yes.

This type of question falls into the same category as “do you think I have gained weight?” …These questions are not really questions, but our insecurities that seek external validation from the person we love.

In genuine, conscious love, it is not for our partner to validate us, because the reality is that we should be doing it for ourselves.

Sure, she might be pretty, and she might have an amazing figure, but it’s you that he loves.
We’re all humans, and whether we’re on our first date or have been married for 30 years, we always notice the people we find attractive.

So comparing yourself to another woman is not only futile to the relationship, but it’s disrespectful to yourself.

“Why do I always have to tell you everything?” “

It’s one of the things you’d better avoid saying because your partner isn’t living in your head.

Stop waiting for him to know exactly what you want, what you need, or what you are thinking.

It can seem frustrating to think that he should know something already, whether it’s what we want to do on a Friday night or how to juggle the schedule for the week.

But he’s here with us in this lifetime to be our partner, and that means talking to him like you want to be spoken to.

We all have our own lives and agendas, and the truth is, sometimes we really have to point out to him if we want him to know exactly what we need.

All of these phrases are easy to use, but difficult to retrieve.

It’s not easy to be responsible in a relationship, and it’s not always nice to say how we feel, but if we like it, then we have to make that effort.

Because we all know it, we don’t like it because it’s perfect. So we need to stop expecting him to act as if he is. 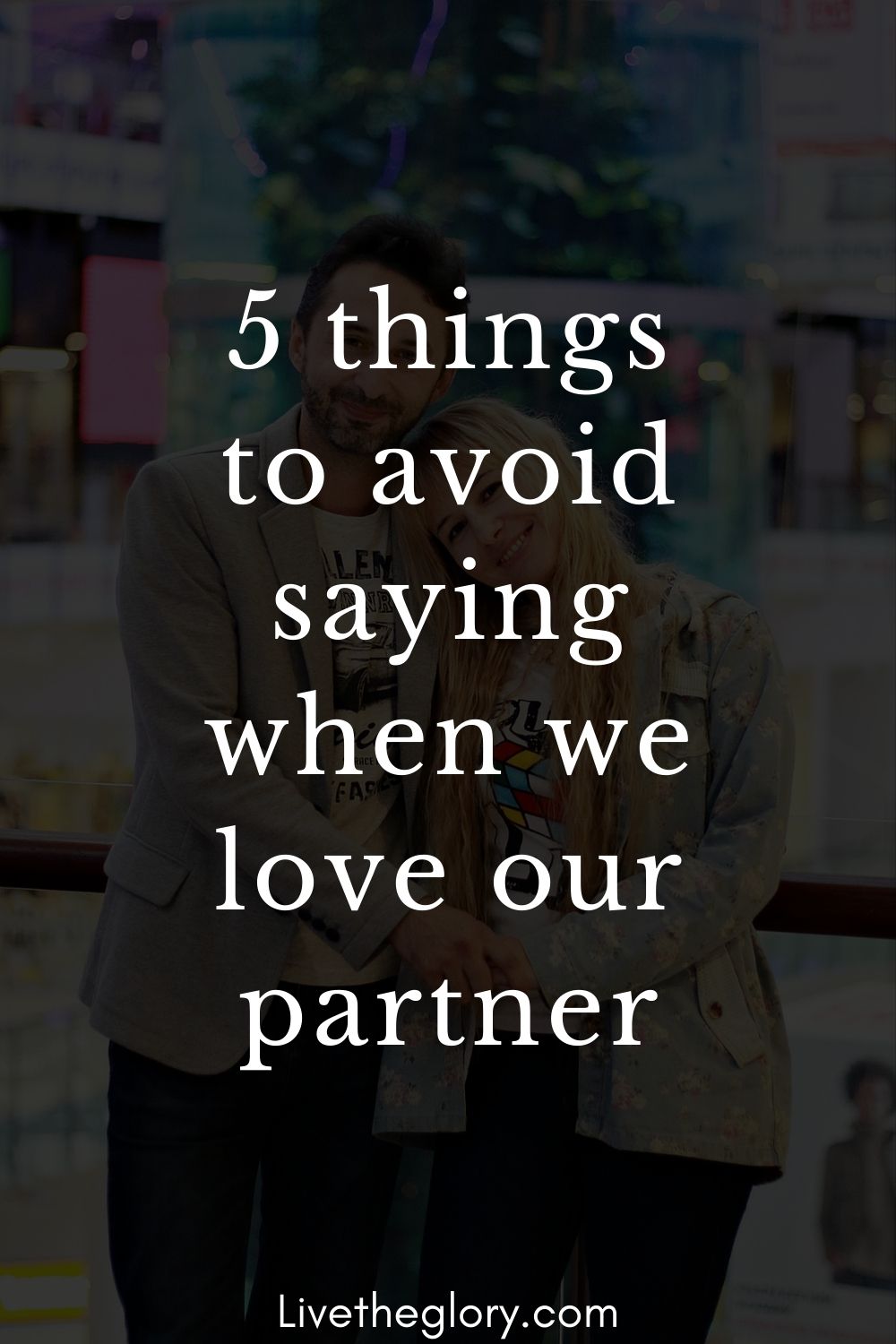