What if it’s not the right one? The signs are unmistakable!

She is distant, jealous, complaining… Are you sure there is no mistake about the girl? Love makes you blind and stupid to the point of seeing only the good in what is most evil, yes! Before going any further in the relationship, first check if this is really the right person. To get the facts straight once and for all, read the following carefully.

1.She’s not there when you need her most

For your Best Employee of the Year award, she absolutely had to go to the nail salon, because she had one of her fingernails broken. But hey, you have shown understanding. However, when you were in the emergency room, because an unbearable pain was piercing your stomach and you called her, she replied that she could not abstain from the aperitif by way of leaving her colleague ( male) office. She always has better things to do than support you in your greatest moments, be it the best or the worst. Reflection is in order!

2.She does not introduce you to her friends

It’s been a few months since you went out together, almost all of your friends know her. However, on her side, it’s quite strange. She often goes out with her girlfriends, but you’re never around because you’re not invited. Best of all, you met an acquaintance of her at the mall, and she introduced you to you as just a friend, in short, an unimportant contact. Everyone might be afraid of commitment, but after a few months of dating… Watch out! This is another way for her to tell people that the place of the chosen one of her heart, the one she will proudly present as her lover, is still vacant.

3.Your best friends are her best enemies

When you were out together and with your friends, she was clowning. You were all chatting and laughing, as for her, she stayed in her corner, always a little apart. Everyone invited her to join the discussion not to say the group, but no, she still has something very important to do: reply to all her messages on all social networks, ask for news from all her mailing lists. ‘friends, his real friends and not the ones who are here now… They are your friends and not his, and it shows! Worse still, you were invited to the birthday of one of your friends, she caused a scandal in the midst of the guests by arguing with the host, your best friend from childhood. The reason for the crash is that you should be home an hour after your arrival, because Madame was not feeling very well. Will you really have to make a choice between her and your friends?

During the first few weeks of your relationship, she berated you for still keeping your ex’s number in your phone book. Suddenly, you deleted it, and even she took the opportunity to clean it up by erasing some of your friends who seem suspicious to her. For your part, you asked her only one thing, that she get rid of the photo of her ex in her wallet as quickly as possible. A few days later, she took out her wallet to buy something. Oops! The famous photo is still there, and the worst part is that it doesn’t have any photos of you! Like the other promises, she doesn’t really care, a little too well even.

5.She is never wrong!

She put you in an incongruous situation, and all contexts suggest that she really messed up in all beauty. You don’t blame him, you let it go. However, situations like this are becoming too common in your relationship. Then comes the moment when you tell her about it, but she doesn’t shake it, although it was largely her fault. She denies everything altogether, and she puts it all on you, saying that you are solely responsible. How would you like to move forward if she doesn’t take responsibility for her wrongs?

You two find yourself alone at home, there is nothing on the schedule. You just do nothing and go about your own business with your own concerns or passions. But frankly, does that make you happy? If you already place your couple at # 6, you may be s**xually incompatible. But here it is about the intellectual level, passions, and visions. It will be difficult, and you will not be able to create some form of intimacy, a life together in which you can truly thrive. 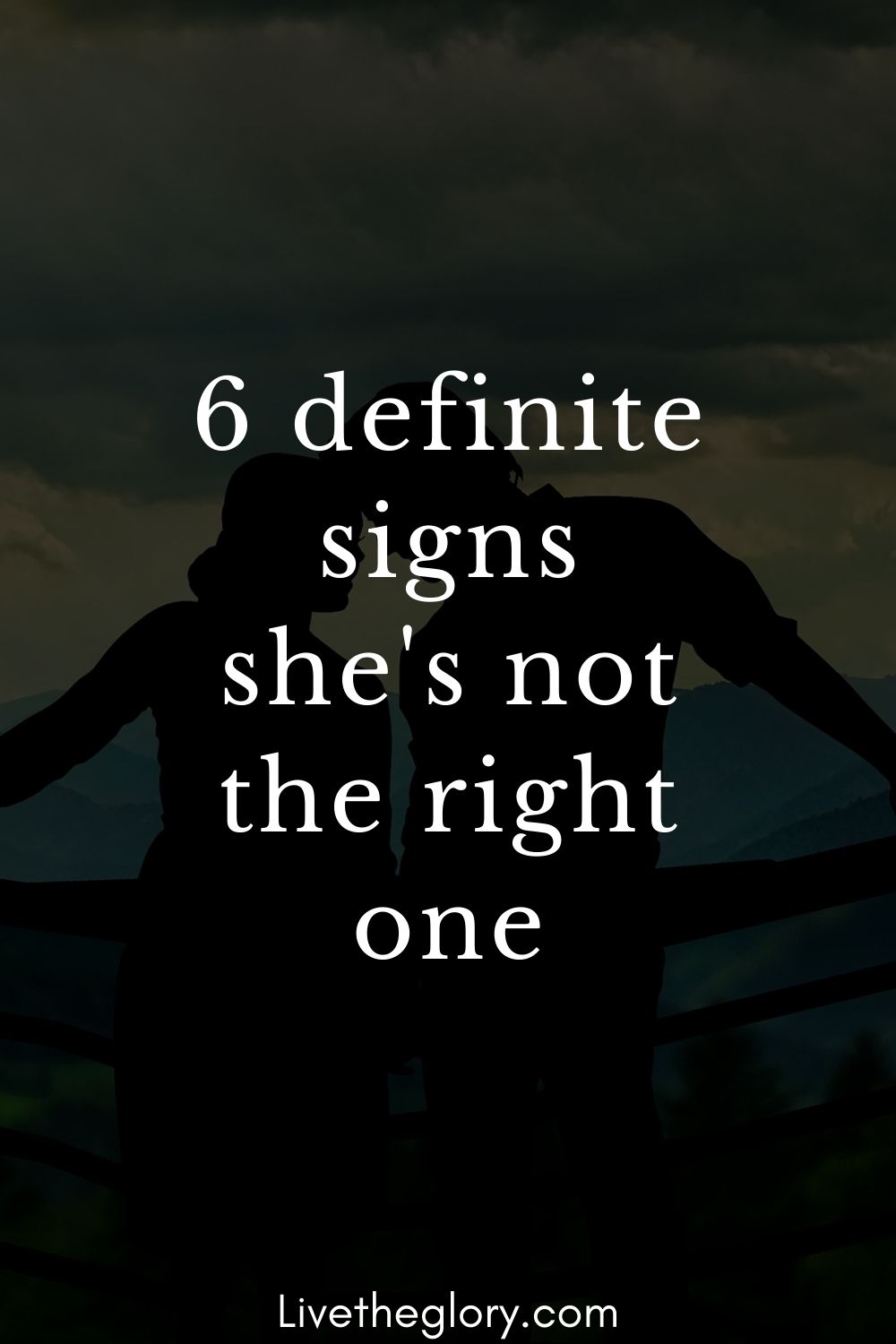