Relationships can sometimes be complicated.

And the majority of couples have their ups and downs in the relationship, it happens to everyone, not everything can always be perfect. But sometimes people will stay in a relationship that doesn’t or doesn’t work.

But sometimes the person doesn’t know when it’s time to end the relationship and stays for a long time even when they should be leaving. They are unhappy in their relationship, but decide to stay anyway.

Here are 6 reasons why people stay in these relationships:

1. THEY THINK THEIR PARTNER CAN CHANGE

Many people stay in unhappy relationships because they believe their partner’s flaws will eventually go away. But often time does not change anything.

People are constantly changing, growing, and adapting to life. Unfortunately, it’s not someone else’s job to wait for this change to happen. It will only bring resentment and dissatisfaction on the part of both partners. The best thing to do is to let your partner find this change on their own.

One of the reasons someone can stay in this relationship is because they have low self-esteem. Someone who has high self-esteem is able to see that they deserve more than a relationship that makes them constantly unhappy. He is able to understand when it is time to go to preserve his sanity.

People who are afraid of feeling lonely are much more likely to stay in a relationship that isn’t working. This fear is strong enough to replace any other feelings they may have towards their partner. For them, being in a relationship and unhappy is much better than loneliness.

Learning to be alone and to love yourself is the key to being able to overcome the fear of loneliness that keeps people trapped in unhappy relationships.

4. THEY REMAIN FOR THE CHILDREN

5. THEY THINK THEIR RELATIONSHIP COULD BE WORSE

Often times, people who are in bad relationships compare them to other relationships that seem worse. They justify themselves by saying, “Well, at least he doesn’t hit me”, or “At least she’s not violent”.

The fear of financial instability these days is not entirely unfounded. But it can lead a lot of people to stay in a relationship that hasn’t worked for a long time.

The best way to overcome this fear is to have both the resources and a support system in place. Family and friends can often be supportive when someone needs to leave a bad relationship, and financial stability is the only thing that stands in the way.

Understanding why people stay in unhealthy relationships is the first step in being able to help someone you love get out of them. Whether the relationship has just run its course, or has become a source of abuse, the most important thing is to understand that relationships should not be a source of stress and unhappiness. 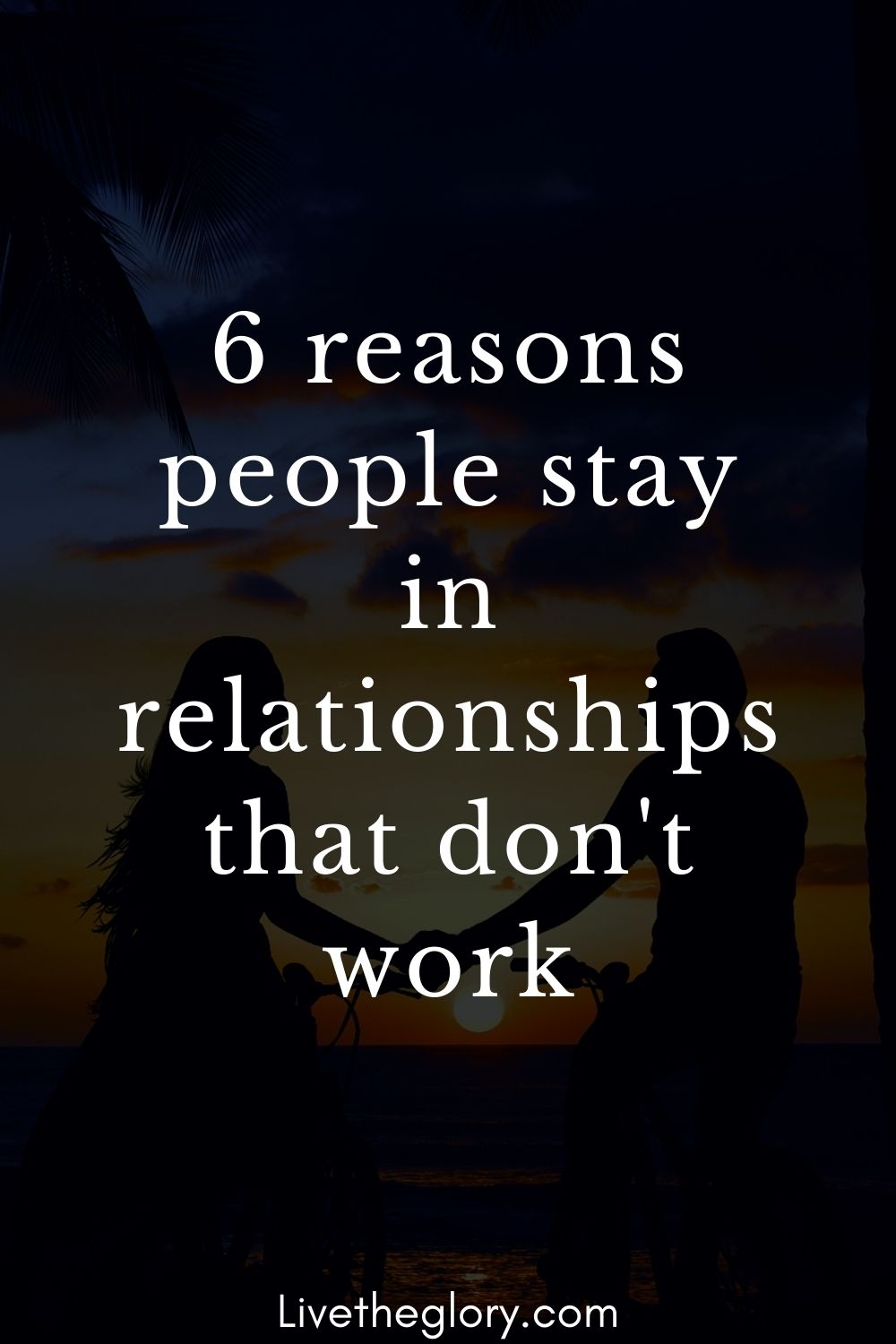