The habits of couples that last

They know each other by heart, love each other from the bottom of their hearts… and do frankly bizarre things for those who observe them from the outside. We compiled you the weird stuff couples have been doing together for a long time, and it’s as cute as it is creepy.

1. They do not close the bathroom door

Or worse, they go to the bathroom when their other half is in the shower while the two are side by side in the bathroom. And they talk to each other, even, not embarrassed for two cents by the background noise. Or the smells.

2. They decide for two

They accept or refuse an outing for the other, order the restaurant for their half and buy clothes. Without understanding when the half in question rebels, once in a while.

3. They finish each other’s sentences

A two-part sentence by a loving couple, in principle, is absolutely irresistible. But when you’re trying to have a slightly serious conversation, the concept can become downright overwhelming.

Or more accurately, one of the two talks to the other like a 10-year-old. In the middle of an argument, okay, but it always feels funny.

5. They have “private jokes”

Jokes that no one other than them can understand since they are linked to an event that only two of them have experienced and which out of context is rarely funny. Are we repeating the principle? Irresistible and unbearable.

6. They are comfortable with their bodies

A button, three hairs, or two kilos, when we have shared a bed for ten years, we have seen others. It’s beautiful to love someone for who they are inside. But for those who struggle to find their other half, it’s always a bit weird.

Including moisturizers or shirts. Okay, it all depends on the couples. But who has never stolen a T-shirt from their boyfriend or tested their girlfriend’s anti-blackhead mask?

8. They argue without a second thought

They are able to spade each other before cuddling as if nothing had happened. They master the argument like pros, see it as nothing more than a trivial trifle and frankly, we would like to achieve the same level of detachment. 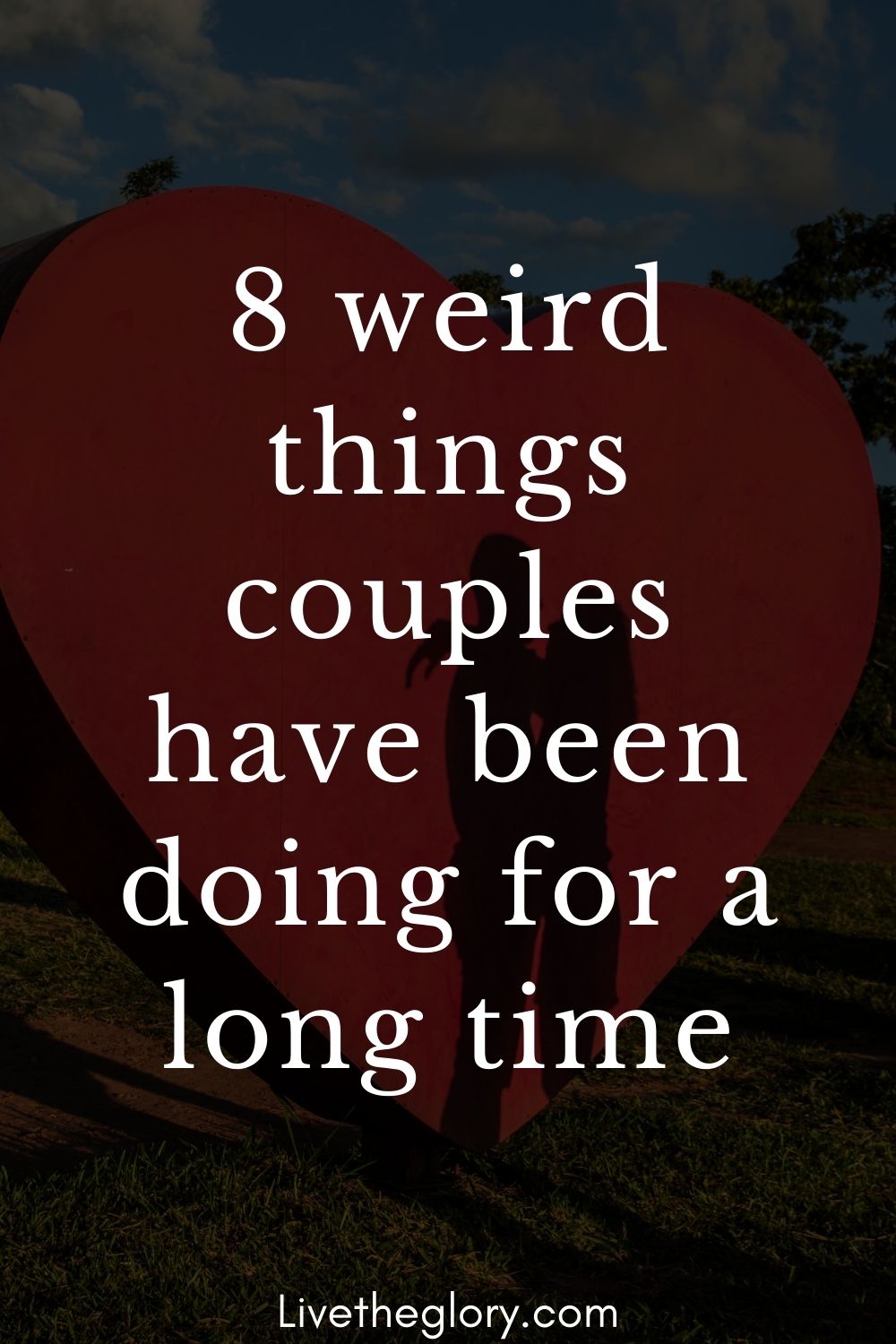