If a man is having a hard time seducing a woman or even considering dating, then maybe he needs to read the nine items on this list to see if he could improve his odds of getting there.

The point is, all women look for these nine things in a man, and if a man does not have them, there is a good chance that she will fall in love with another partner.

A woman doesn’t just want a man with a strong personality. She wants him to have one that matches hers. Most women know what they are looking for in a man, and if a man finds that he is not what she is looking for, he shouldn’t get discouraged. It just means that he has to keep looking for a woman who is compatible with his personality.

2. LET HER BE HERSELF

Many women struggle with self-esteem that goes beyond their looks. For this reason, women look for a man with whom they feel comfortable enough to be themselves. This means that man must not judge her for what she says and does but must appreciate her uniqueness. If he can let a woman be herself, he will end up with a happy woman by his side.

This is often one of the first things a woman notices in a man before falling in love. To go further than “Hi, my name is …” with a woman, a man must communicate. It starts with a small conversation but extends well beyond that. A woman wants a man she can talk to, who listens and responds.

Few things are more attractive to a woman than a man who is self-confident. This can be difficult for some men who get nervous when they are around women, but it’s important for a man looking to charm a woman to find a way to be confident. The best way to do this is to find something they are good at or know well and use it as a way to connect.

As superficial as it may sound, women are looking for a man with a real job. He doesn’t need to be paid a six-figure salary every year, but he must have a stable job in which he earns a living wage. This is something women look for when they want a serious relationship because they need to know that a man will be able to take care of them, and it proves their responsibility.

This is often one of the most important personality traits that a woman looks for in a man. The way a man treats everyone around him will give a woman clues as to whether or not he is a good person. A man yelling at a server, for example, will show a woman that the man may not respect her.

On the other hand, a man should also be respected by those around him if he wants a woman to fall in love. This is because women naturally see those who are well respected as more desirable and worthy of their respect.

8. A GOOD SENSE OF HUMOR

Men don’t need to make a joke list, but having a good sense of humor, in general, helps to seduce. It basically means having a positive outlook on life and being fun. They shouldn’t take life too seriously as most women find it very boring. On the other hand, they must also be able to take serious matters seriously because there is a time for everything.

A man should take care of himself, even if he is not asked to look like magazine models. It just means taking regular showers, putting on deodorant, brushing and styling your hair, and wearing undamaged clothes. She wants to know that he values ​​himself enough to take care of himself. 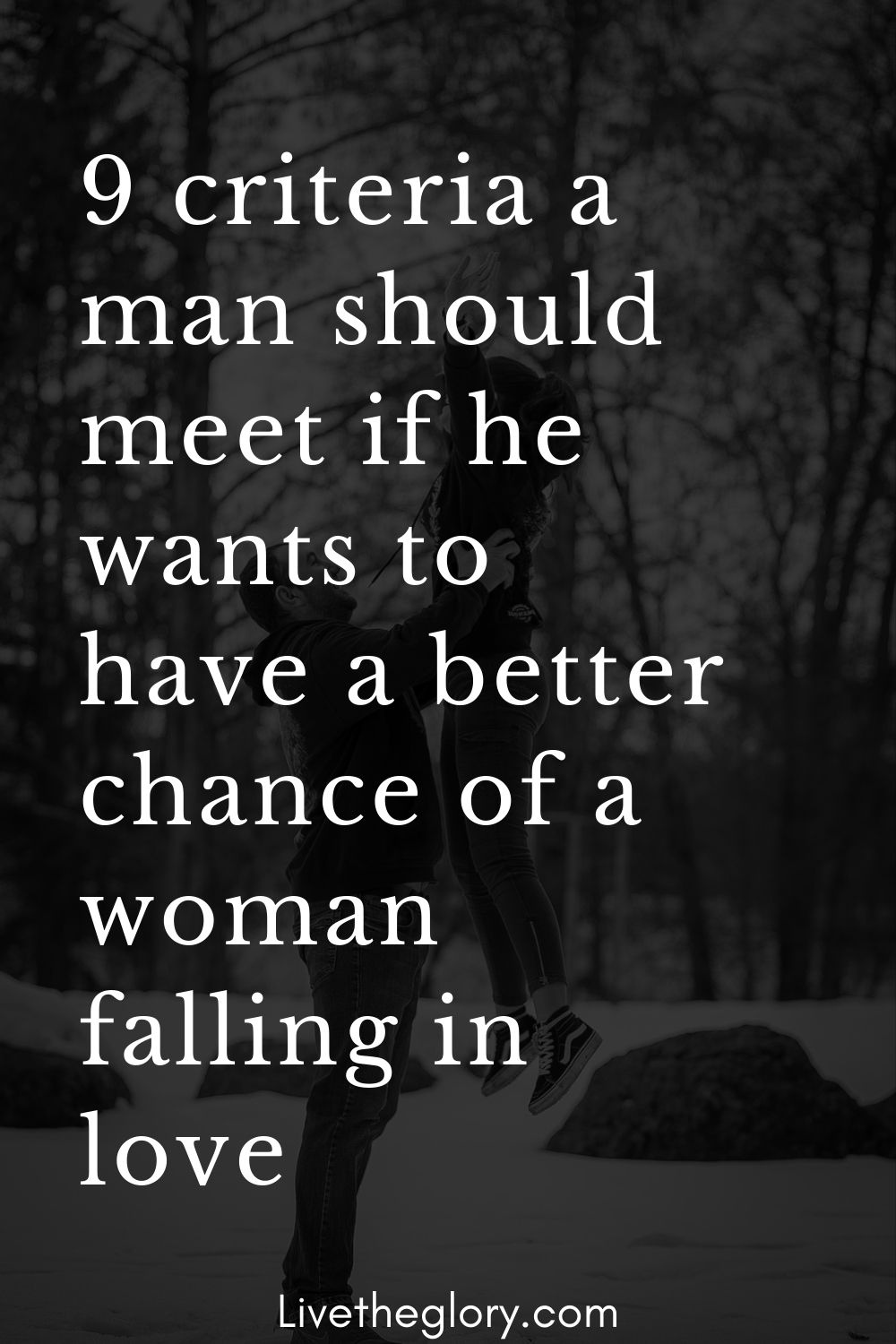