Everything is beautiful, everything is rosy: the relationship starts off on hats and we wonder if, in the distance, we could not hear the bells ringing and baby laughter. Yes, but there you go. The love killer points the tip of its nose! And even in a very rosy relationship, some snags make us flee more surely than the banker… ten snags, in particular.

1. He lets himself go
He arrived on the first date clean shaven, delicately scented, jeans perfectly fitted to the buttocks and shirt ironed. A week later, we realize that this is outside. Because when he is at home, it’s Deschiens and company, jogging and marcel. Luckily, when you have a good day, he thought about taking a shower. Verdict? One runs!

2. He is lazy
On paper, he is active, dynamic and he performs well in his job. Like what, the facade is deceptive, since he does not leave his bed before noon on weekends, and rolls his eyes at the idea of ​​abandoning his sofa. Does he have back pain on moving day and a headache while doing the dishes? So much the better, it will not prevent us from packing our bags.

3. He snores
The first night, we say to ourselves that it is exceptional. The fourth, that he is very tired. After two weeks, we invest in earplugs. In principle, when the dark circles reach the neck, we make him swallow the earplugs while sleeping before going back to sleep alone, and calmly.

4. He’s addicted
It’s pretty, a guy in love so quickly. It’s a little less pretty when he calls three times a day after a week of dating. It’s even downright ugly when the ball of “say, you love me”, “say, I miss you”, “say, you think of me” begins. We think of him, but more like a nice Labrador, which does not bode well for the fairy tale.

5. He lives more than three hours away
Ah, how romantic, a long-distance relationship… at the beginning. No matter what, texting is certainly more practical, but less romantic than a long missive. The telephone is very nice, but he never answers when you need him. As for phone s**x, it’s like standing in front of the packet of candy and never touching it: pretty, but frustrating.

6. He has no humor
He has everything. He is handsome, kind, caring, intelligent, and passionate. So? So when we make a joke, he stares at us with an indulgent smile, and when we burst out laughing because the news anchor forked, he raises a wary eyebrow. Him playing a joke? Usually, the first time he tries, we cry a lot before slamming the door.

7. He’s bad in bed
He kisses like a washing machine, thinks the cl**toris is a flower, and runs jackhammer mode? Either we are very, very in love, and we take on the role of the teacher, which he usually takes very badly. Either we will see if the neighbor would not be a little more wedged, side flowers.

8. He lacks self-confidence
Are you sure? I am well? Do you find that good? What would you do? What if I was wrong? I’m bad, I’m ugly, what do you think of me? Girls, let’s be honest. We already have enough work to maintain a correct level of self-confidence. If, in addition, we pick up a guy who constantly doubts him, it’s the second Kiss Cool effect without the mint: only cold.

9. He is glued to the screens

The geeks? It’s cute. A cinephile? Exciting. A lover of TV games? Uh… possibly cute. In any case, we have nothing against the screen, as long as it is not an integral part of the package, and Prince Charming does not turn into a screaming addict in his video game headphones six hours a day 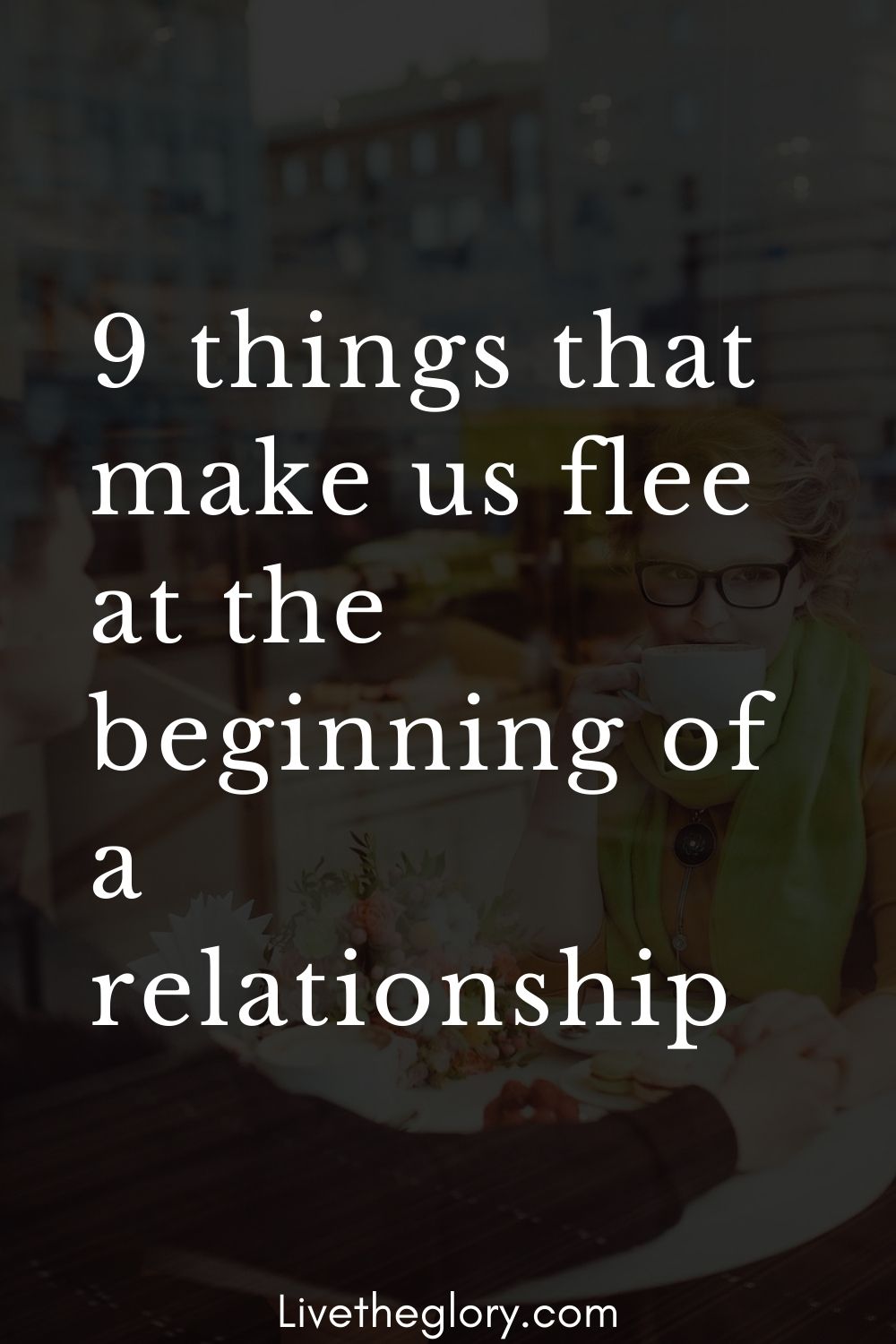