Being in a relationship is great. We share our life with another person. Yes, but let us note that this has advantages and also disadvantages. Examples.

When we want to go to bed at 10 pm because we have had a grueling day and the gentleman starts to shave his beard at 1 am, we just want to kill him! Living together, when you don’t have the same rhythm of life, it’s really unbearable.

What could be more annoying than when your sweetheart denies having done or not done something. We, at least, when we are wrong, we recognize them!

He leaves his dirty socks lying around, he doesn’t put his coat or his shoes away, he doesn’t close the toothpaste tube… Grrrrr, when there is one who is a maniac and the other is not, that’s a problem.

He has a big appetite. Except that we barely lose three pounds so we try to be careful. With him by our side, it’s difficult.

His love for football

That he watches a game from time to time is fine, but that he wears his t-shirt whenever there is one and shouts, no!

When you go out with a guy who smokes and who doesn’t really care that you feel like you’re choking, it’s unbearable.

He is so comfortable behind the wheel that he thinks he’s the king of the world and thinks nothing can happen to him.

He stayed with her for ten years, so obviously it was difficult to cut the link. But hey, at some point, you have to choose! Because she calls twice a week to ask him how he is, you shouldn’t overdo it! 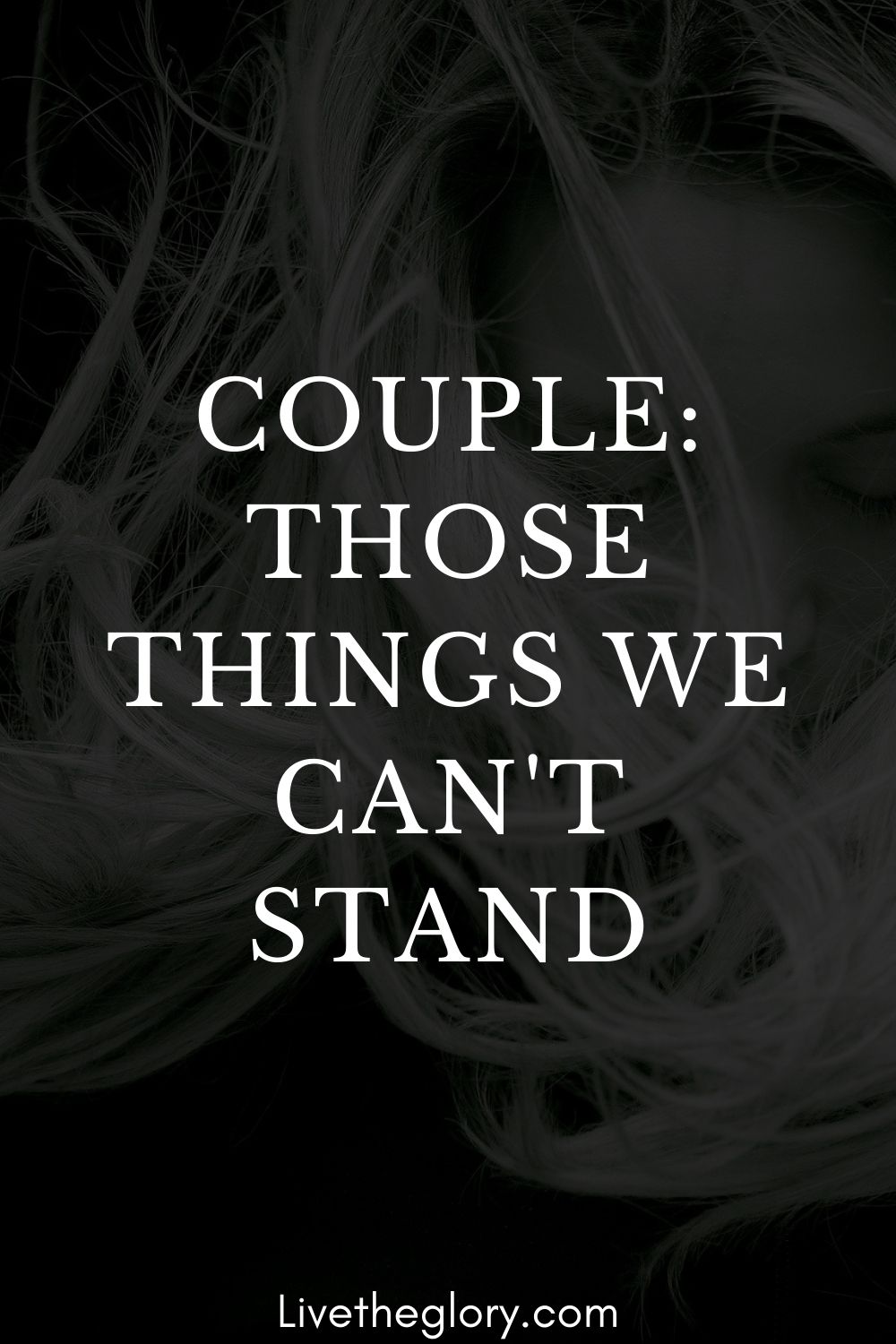