We often hear that on a first date, a woman only has to beat her eyelashes or smile to put a man at her feet. Well, sometimes that’s true, but not 100% of the time!

Because even if men adore us, there are still certain attitudes and certain highly prohibitive behaviors that make them flee for sure!

The girl who talks about marriage and children

Men know very well that 99% of women dream of getting married in a beautiful white dress. They also appreciate the idea of ​​marriage (even if they prefer the tuxedo to the beautiful white dress).
The thing is, when you pronounce the terms “marriage”, “children”, “joint account”, “car seat”, “bigger house with at least 3 bedrooms and a garden” in front of a man, it automatically goes feel his pulse quicken, and his throat tighten (a little). It’s genetic, it’s like that. So talking about it after the 2nd meeting only means taking the risk of seeing him go to the bathroom, and never come back.

Better to wait a few meetings (17 on average) to discuss these subjects, or even better: wait for him to talk about it!

The girl who unpacks all her pots

The first dates are those where we are still surrounded by an aura of mystery, and where the other seeks to discover us little by little … If being too withdrawn is strongly discouraged (even if we is very shy, you make an effort, at the risk of looking like a wall), revealing yourself too much suddenly is not really the best attitude to adopt either!

Ok, we will look sincere and touching, but hey, talking about his deceptive serial ex, his accounts in the red, or his goal-blank job problems, it may especially give us a little side ” Problem girl ”!
Better to save the pans for later, when he gets to know us better and has a little more distance from us …

So even if our celibacy begins to weigh on us and we are more than fed up with being alone, we never let it show. We try to play it “single chick who has learned to tame loneliness and who has even taken a liking to it, so if this date does not work out there is no problem”. The goal is to show that if you want to meet someone, it’s to have things to bring to them, not because you have a gaping void to fill.

The too enterprising chick

Men often fall for women of character who know what they want and who have a little seductive side, it’s true. But there are limits … The overly fatal woman side, so convinced of her power of seduction that she makes money with it, that quickly makes men uncomfortable.

The same goes for the girls who show a little too much that they are not cold-eyed and who are very enterprising. Some guys like it, but most feel diminished in their manhood when a woman takes the lead too much! So, 2 out of 3 times, it scares them away …

If there is one flaw that men fear in women, it is jealousy! To be held to account, to be constantly coped, to take unfounded crises, it is downright crippling.

So if from the first meeting we start to get angry because we find that the waitress is giving him too much glances, or we start sulking because he went away for 5 minutes to spend a phone call to his brother, he will tell himself that he fell on a future possessive stalker and a bit crazy. So even if we are a little jealous and this first date puts pressure on us, we relax! 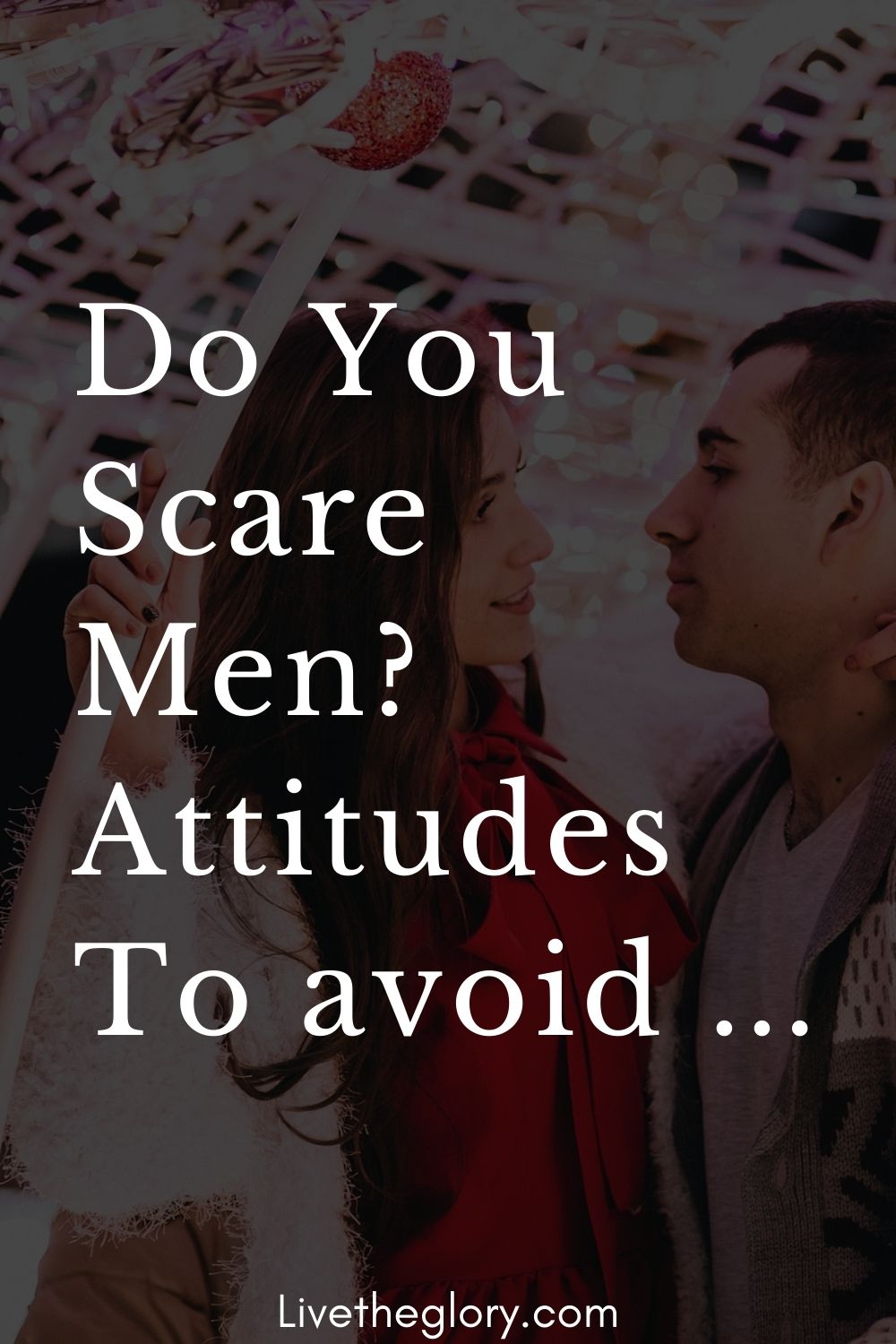