You had a rather promising date with a guy who was just as promising. According to you, everything went very well and you hope to see it again … But suddenly it disappears.

And you, you stay there with your girlfriends debating “why doesn’t he call me back?” “

But what happened between your super date and his disappearance? To start, you rationalize: well, it’s not that bad …

STOP! These situations are so rare that they don’t even deserve attention.

On the other hand, what is really worth stopping there is the fact that men, when they meet you for the first time, immediately place you in a category, a stereotype.

You know who you are, but they need to put you in a box to feel like you are being surrounded.

And it is this first perception (often completely off the mark) that he will have of you that will determine whether he recalls … or that he does not recall.

Not reality as it is, or rather as you are. So, knowing yourself “why he doesn’t call me back”, try to see if you belong to one of the following three stereotypes. You will have your answer …

His perception of you: He would rather hire you than go out with you. He sees that you have no shortage of arguments, that you can control your life and your image, that you are very independent … but not necessarily very feminine.

When you think you and your professional and personal exploits are bullying him, he is rather finding you pretentious. He will not call back because he is afraid of feeling uncomfortable with a woman he thinks unable to make room for in his life.

The reality: You have confidence in yourself and you are used to everything succeeding.

But it is difficult to perceive what makes you unique as long as you keep the mask of the perfect girl. Try to be warmer, more sensitive, and talk to him about you to drop the mask.

And, above all, change yourself when you get out of work: a well-cut skirt is so much more engaging than a strict tailor…

His perception of you: You are looking for the perfect man, the man of your dreams, the one who has 10/10 on the scale of s**xytude, charm, and intelligence … preferably 5 million euros on his bank account. He won’t call you back because he finds you superficial and (a little) immature.

The reality: You are certainly looking for a man to go with, but you are not a princess either.

However, by meeting superficial women who seek the father of their children rather than a man, he tends to believe that you have the same mode of operation: you are guilty until proven guilty, and it is shame.

To prove to him that you do not wait for him to wave the wave on your finger, avoid talking too much about the future…

His perception of you: You harass him. You sent him a bunch of emails after your date and immediately let him know that you were very interested in him.

He may even think that you are a little desperate. He won’t call you back because, when he likes a girl, he prefers to be the hunter rather than the prey.

The reality: This scared email was just proof that you are polite, not a subtle way to let him know that you would like him to call you back.

However, if taking initiative is rewarded at work, it is not the case in love. Letting men come to you will keep you from scaring them. After all, your date is a big boy, he has your number, if he wants to call you back he can do it.

I am sincerely convinced that it is not that the “nice boys” do not exist, but that we are all mistaken in the perception that we have of others. So, before a date, reread the three stereotypes above and absolutely try to avoid them! 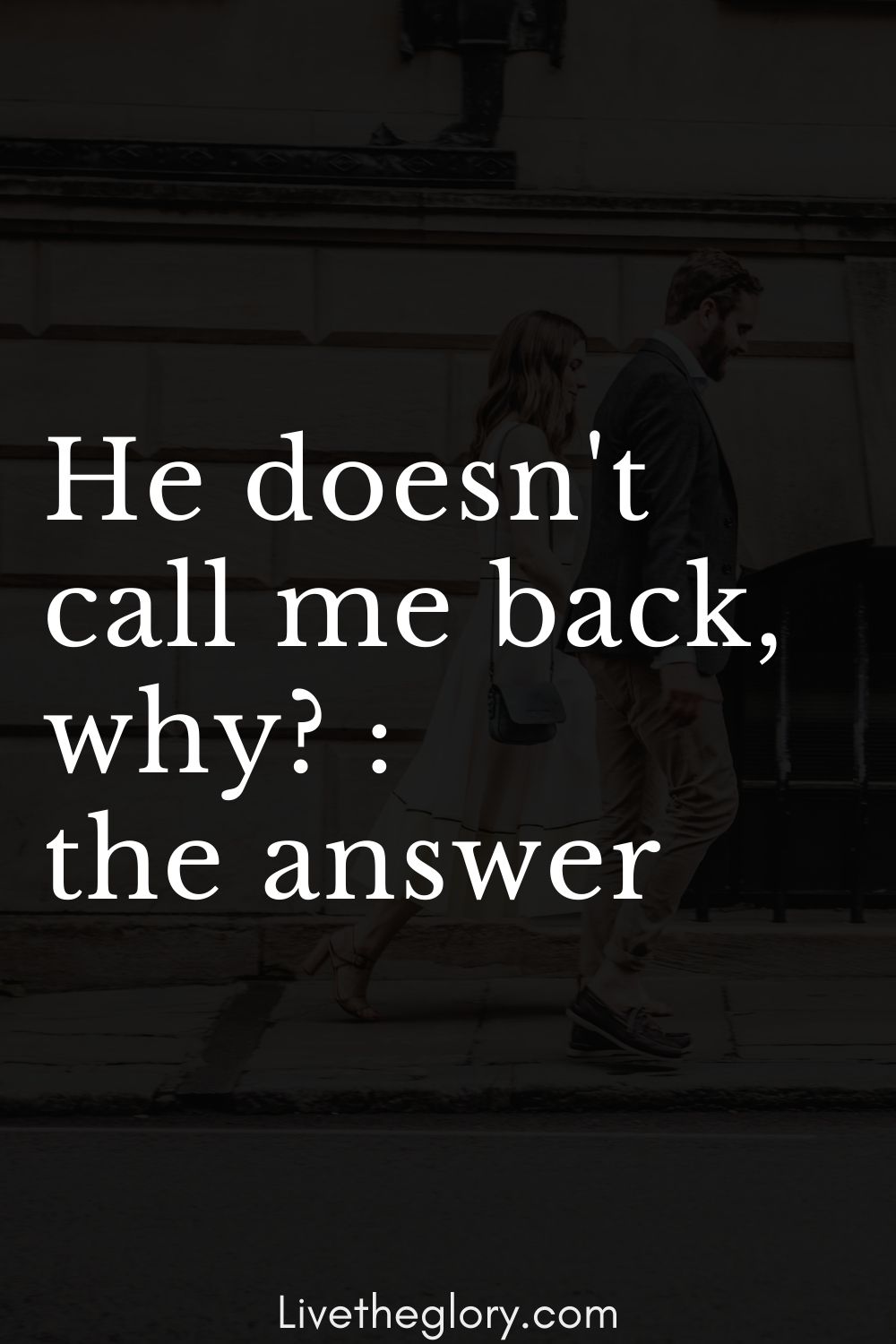