Together for a long time, you have slipped the idea of ​​marriage to your partner. Problem: he opposes it. Before you despair and say that everything is ruined between you, we give you some food for thought.

Try to understand his reasons

The first thing to do is to calmly discuss the subject with him.

Maybe he was broken up by a previous marriage? Maybe he is afraid of failure? Maybe he is superstitious and thinks that once the contract is signed, nothing is the same? Maybe he saw his parents divorced and is afraid it will happen again?

Let him express his fears, his doubts, his apprehensions about marriage, and listen to him.

Avoid giving him an ultimatum

When you give a man an ultimatum, he tends to take the easy way out, which is to run away. Better to get him to think about himself and the romantic commitment.

Leave a magazine on marriage lying around, tell her about your best friend who is going to get married, without putting pressure on her because it would hold her up even more.

Gradually, the idea will germinate in his mind and he will necessarily think about it.

Show him the advantages of marriage

Well, of course, the point is not to provide him with an argument by presenting him one by one the arguments which prove that he is wrong not to want to marry. You have to get him, casually, to see that marriage has many advantages.

On the one hand, it makes it possible to formalize your union, you legally commit to each other and that has a reassuring side. It also marks the beginning of a new life, more serene and reassuring, from all points of view.

On the other hand, marriage is an opportunity to give the same name to all members of the family, which reinforces the feeling of belonging to the same tribe.

Finally, marriage represents a major asset when it comes to administrative procedures. It’s much easier to buy a house for two, for example! 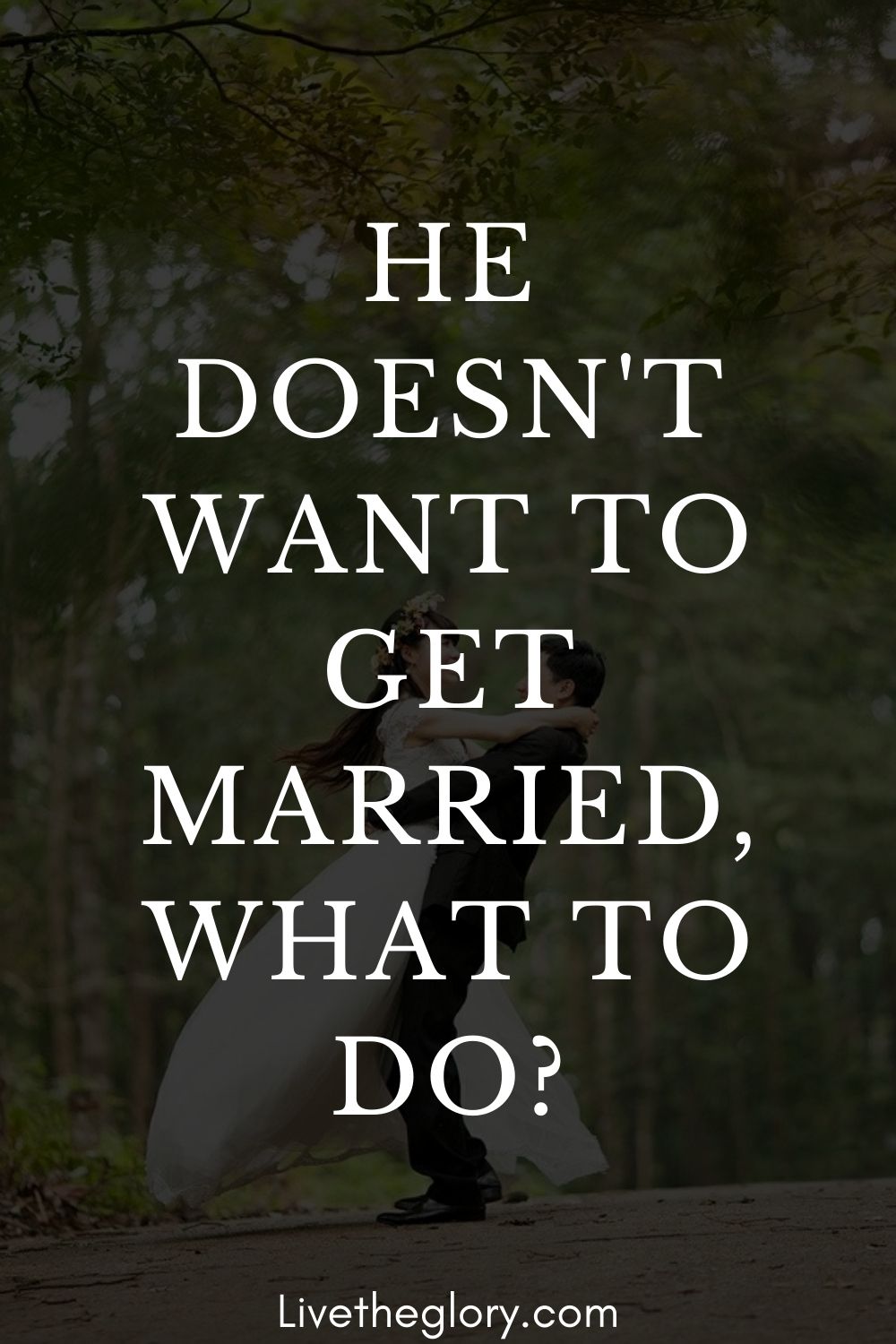