When two people love each other and get on well, there comes a time when they think about getting together and getting married. But before making this important decision, one must first prepare. 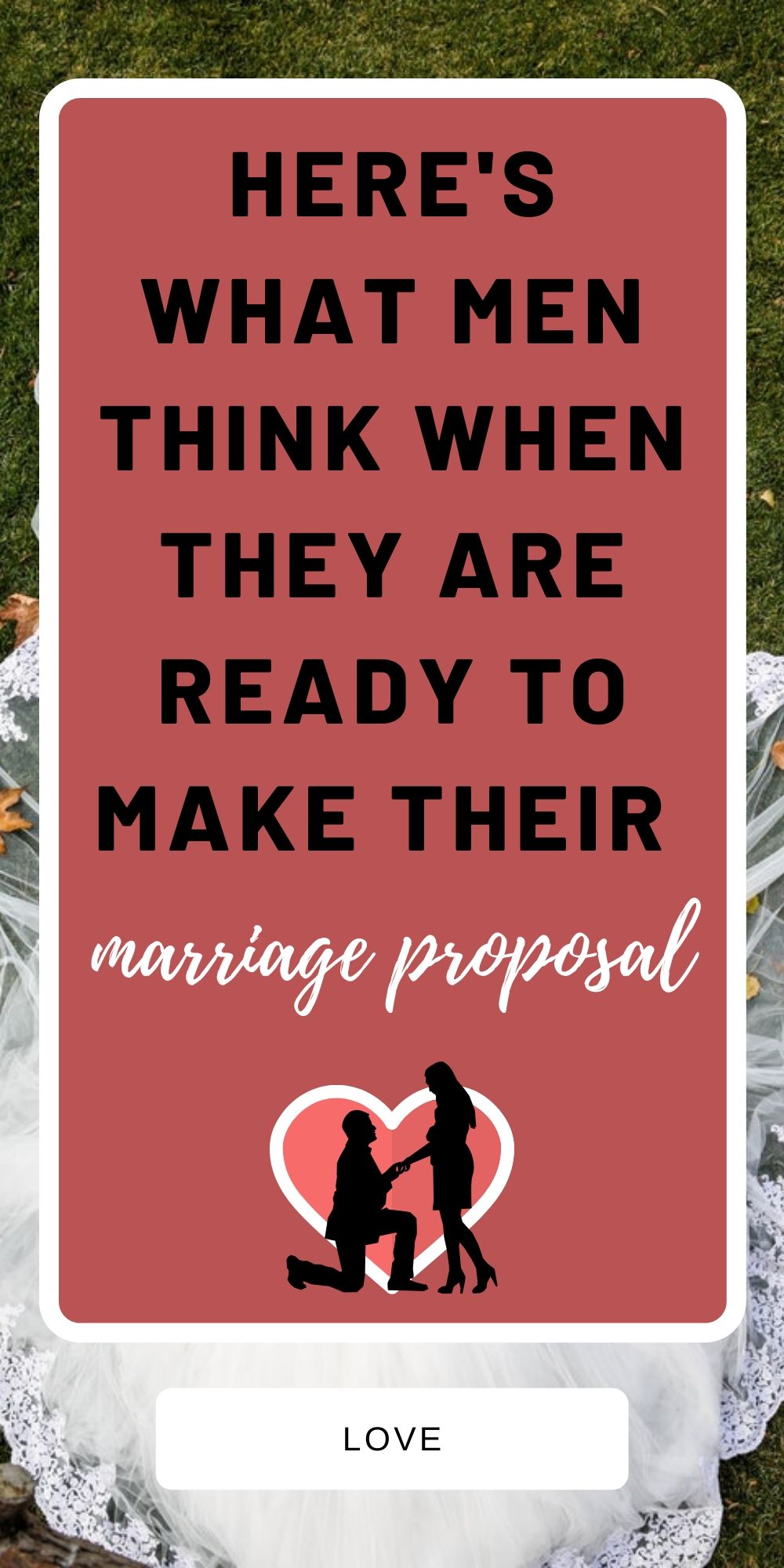 Before making their marriage proposal, some men are beset by many questions and doubts. The case of this man who carefully prepared his marriage proposal is the perfect example. Here is his story.

A testimony full of tenderness

During the summer of 2016, during a day that was announced rainy but was very sunny, I asked my fiancée in marriage. This request took two months of careful preparation because my goal was to surpass the friends who had already done so. It was not easy, as one of my closest friends had organized a trip to an island paradise to surprise his future wife with an unexpected arrival and a huge ring.

Knowing that I did not have the means to take a leave of absence, I opted for a public request to do the show. But, since the requests in public are not the taste of my fiancee, I took another way and I wrote a personal request and very long in the magazine Elle Canadian, directly addressed to her.

As soon as the number appeared on the kiosks, I rushed to the nearest drugstore to pick up a copy before his friends got one and did not spoil the surprise. Later in the day, equipped with six copies, I organized a private picnic in our yard. When she arrived, I handed her a magazine with a bookmark on my marriage proposal.

The effect was extraordinary, I managed a master stroke! With trembling hands and tears flooding her cheeks, my girlfriend for two and a half years has become my fiancée.

As romantic as the situation is, one can never be fully prepared for a marriage proposal, and there are a multitude of questions that men ask themselves before they kneel and make their request. Ladies, if you want to know what’s going on in your Jules’s head during this time, read on.

She may have given clues, but once faced with the unlimited choice of engagement rings that any jeweler offers, it’s a different story. There are many things we did not know about us men like styles, designs, carats, ring sizes, precious metals. At the end of the tedious ring buying process, our only wish is to have chosen a model that you will be proud to show to anyone who wants to see it.

We went out and broke up with many women in the past and now we are ready to take the plunge. Are we really? The ring is bought and the request is programmed, so this moment will really happen. Moreover, the presence of this ring in our pocket proves that we are on the verge of changing the course of our lives, yet it seems that this is only a dream.

No matter how confident we are that you will say yes, there is always a small probability that you can say no. And this perspective is absolutely terrifying, which brings us to the following thought: “What if she refuses? “.

Even if the ring is bought, one asks oneself a thousand and one questions: is it up to the task? Have I invested enough or not enough? Should I buy a more expensive one with a larger diamond? Have I spent too much money on this ring? It does not matter if we are broke after this major purchase, we will always be concerned about whether we have spent enough (or too much) money.

After putting a big bunch of money in her diamond, comes the time to think about the following expense: the engagement party, the rehearsal dinner and, of course, the wedding itself. That’s enough to make us panic. Since the average marriage still costs a lot of money, it is reasonable to say that we can not afford it, but we will make it happen one way or the other.

Whether men admit it or not, a marriage proposal is a competitive sport. We want to outdo our friends or family members with even greater demands. We know very well that our fiancee will want to boast about us (and we want it too). So, a special marriage proposal from us is not only encouraged, but required.

In the excitement of the moment, the last thing we take into account is the finger to which we pass the ring. In fact, at this stage, the mere fact of passing a ring to a finger is a victory, especially if we had to guess the appropriate size.

As soon as we have made our request, it is time to contact everyone to announce the big news – which leads to a memorable evening with the people we love to share this happiness with them. A YES from his sweetheart is celebrating!