Skip to content
Looking at pictures of cute puppies would boost the couple’s happiness according to science.

What if looking at pictures of cute puppies is the key to a happy relationship? In any case, this is the conclusion of an astonishing scientific study.

Of course, good communication , mutual trust and respect are the best ways to establish a solid and lasting relationship. However, a new study offers us an even simpler alternative for maintaining a fulfilling couple: matting photos of baby dogs and other cute animals.

This study, published in Psychological Science , examined the effects of evaluative conditioning, caused by stimuli, in the context of a romantic relationship. An evaluative conditioning often tested unconsciously. Thus, the bad memory of a food can disgust us forever or a friend fan of a song will push us to love it. And these are two examples of evaluative conditioning. The researchers then tried to find out how positive and negative stimuli could affect our feelings for our other half and they discovered that looking at happy images gave them better feelings about their spouse.

For this, they called on 160 couples who have been married for three or four years, and every three days, during a period of 6 weeks, they showed them photos of their partner interspersed with images producing positive stimuli (such as baby animals) and neutral stimuli.

Participants then had to assess satisfaction with relationships before, during and after the six-week test. However, at the end of the study, the viewing of rabbits, puppies and other positive stimuli enabled the participants to judge their relationship happier and their feelings towards their partner increased.

Jim McNulty, the study’s lead researcher, told the Daily Mail: “A fundamental source of our feelings comes from the way we associate our partner with positive effects, and these associations can come from our partner himself, but also things that have nothing to do, like puppies and rabbits. “

Will baby dog ​​pictures replace couple therapy? Not only because, as Bustle recalls , this study was carried out as part of the Military Suicide Research Consortium and funded by the United States Department of Defense. Its primary goal is to help reduce the suicide rate among veterans and military personnel and to find ways to strengthen soldiers’ relationships with their partners. But this amazing method would benefit all couples. Conclusion: as soon as we feel that the other starts to annoy us, we get full gifs of kittens and puppies .

And if you have a puppy-phobia, know that there are other secrets to savor a fulfilled love, like having had bad relationships in the past or bingewatcher two-person series … 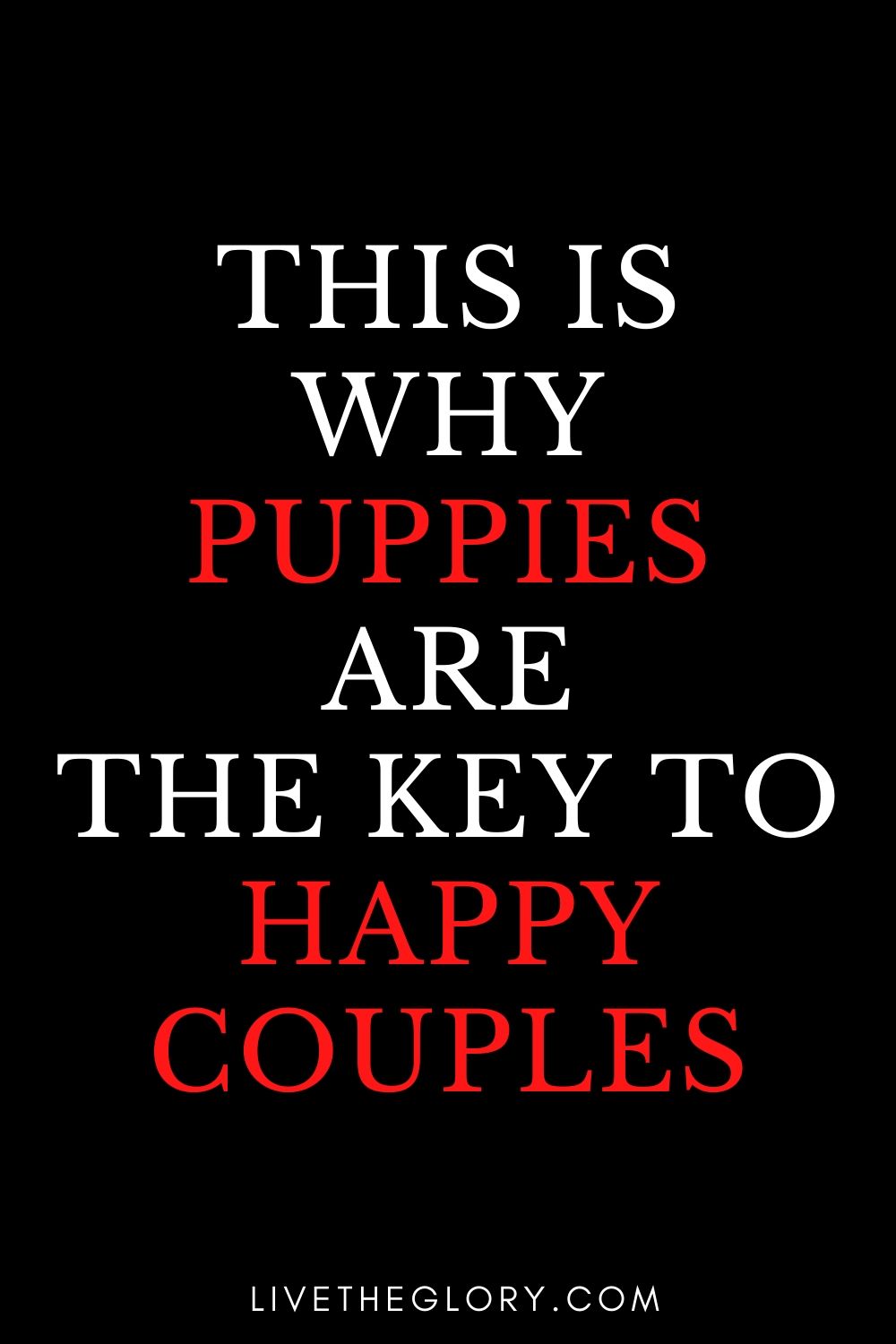