While that sounds contradictory, in order to grab a man and grab his attention, it’s important to be independent and show him that we don’t need him to be good in his sneakers.

To attract a man, you have to be strategic. For some women, it’s innate, but we can all learn to seduce a man.

It is simply a question of putting into practice some tools of seduction which men are not able to resist. The key to key seduction is to gradually reveal yourself in order to arouse man’s curiosity and thus make him interested in us.

To win his heart, you must let him take the initiative, or at least make him believe that he was the one who did it on his own. In general, men feel more comfortable when they have control over their emotional lives.

They usually need to feel that they are the ones who have succeeded in seducing and attracting a woman. So the idea is to get them to think that way without realizing that they have been guided.

If you try to seduce a man too openly and if you reveal a lot about yourself, you will not achieve your goals: the man will not be seduced and may even avoid you.

When a man feels stalked, he tends to flee, because he fears the immediate commitment for which he is not prepared. Or worse yet, he’ll give in to your advances just in order to have s**x with you, which probably isn’t what you’re looking for.

The man must believe that he is this prince charming having been able to make you laugh and to seduce you… Two perspectives to interpret the same action: a simple love strategy.

It is essential to make contact in an innocuous way so that you have the opportunity to get closer to each other. A special and deep look, a smile… Two tools that will allow you to start a conversation.

Now is the time to listen to her stories and anecdotes and show your interest. If you’re fun and confident, then you’ve done the biggest part. You must take advantage of these moments of sharing to create a bond.

Discreetly make her feel that you are alongside the one person you want to be with.

2. Attract a man: maintain the mystery

After a few moments of sharing and after a few conversations will normally come a date in a trendy bar. Obviously you have to accept.

During this one-on-one meeting, you absolutely have to let him woo you so that he feels important.

This is the perfect opportunity to get to know each other better and to laugh together. We advise you not to reveal everything about yourself… In short, to maintain an element of mystery. This is the best way to attract a man.

Evasive answers will make the man want to know more about you. This game will keep the man in suspense. This is the best way for him to fall in love with you.

Likewise, although times have changed, it is best to avoid intimate s**x on the first date. Getting wanted will keep him connected and only increase his envy and imagination.

3. Attract a man: be confident

To attract a man and get all his interest, you need to show him that you feel good about yourself and that you don’t mind loneliness.

Letting her know that you enjoy going out with friends and meeting new people is also a good idea.

Usually, men admire self-confident and independent women. The first thing a man thinks about when he sees this is that the woman will not interfere with his life. In fact, it is at this precise moment that a man enters a woman’s life without even knowing it.

This freedom for women makes men want to strengthen the bond even more. He will feel like he has found his soul mate. You need to be emotionally prepared not to put pressure on her.

4. Attract a man: give him confidence

Listening to him actively will give him confidence and he will want to share all of his secrets with you. This is when you will be able to discover possible commonalities.

Once you understand his tastes and preferences, it will be even easier for you to surprise him. Invite him to a concert you both like, for example. 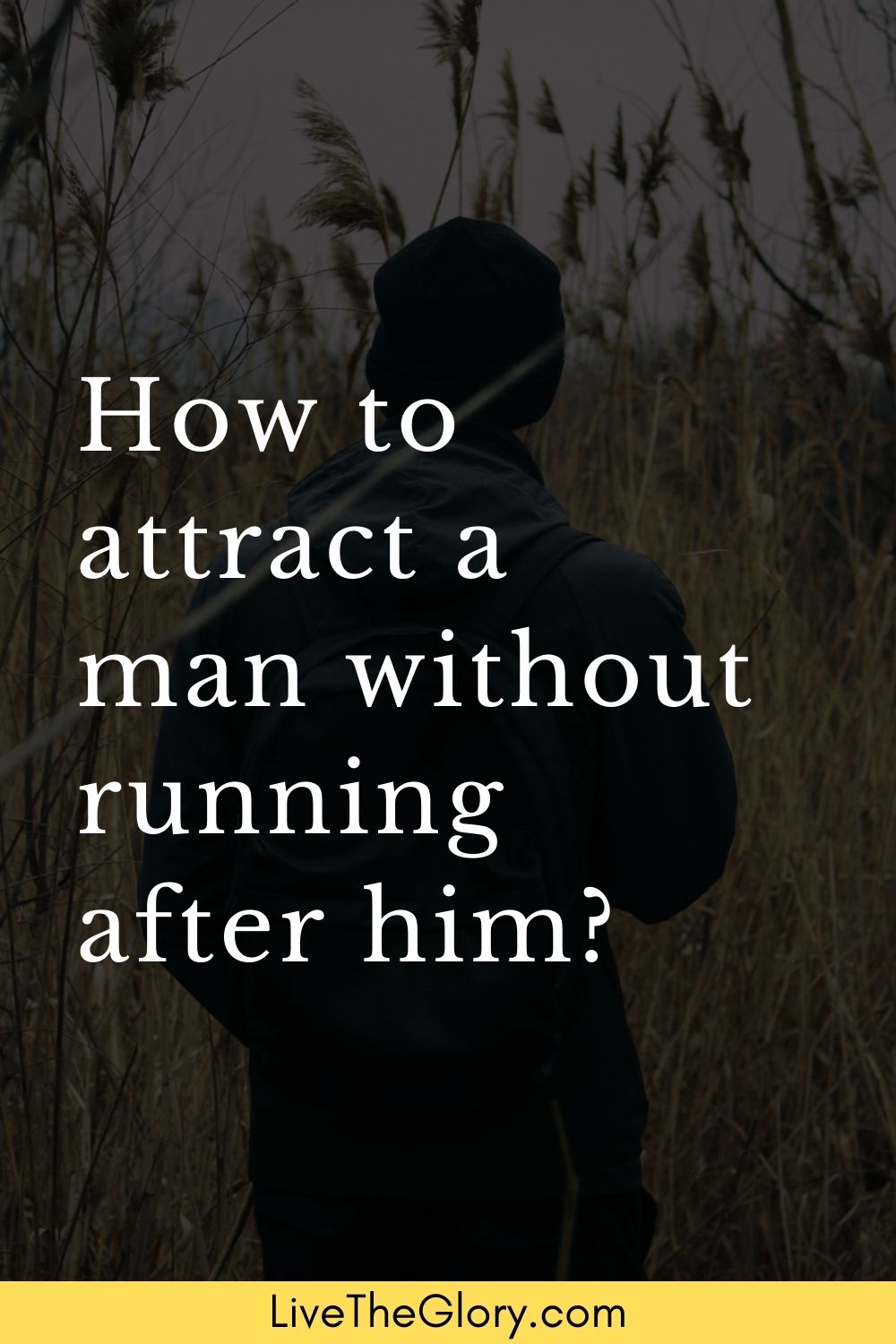