Tired of being a looser magnet? Fed up with chaining relationships without a future? To (finally) find the right fit for you, you just need to learn to spot a good guy. Follow the guide.

A good guy is good in his pumps

If he starts talking to you about his ex that he finds it hard to forget, his dog with diarrhea, the job he hates, and his friends who abandon him, run away, and quickly. The lost guys who don’t know what they want or where they are going, you’ve given enough.

This kind of chronic depression has nothing to do with you. It’s not you the problem, it’s him! And this is not the phony excuse that a typical guy would come out to dump you. No, he’s really not good. When you meet a man, make sure he’s good in his life and in his pumps. Otherwise, you run straight into the wall, again.

A good guy has time for you

A good guy will always find time to see you, even if he’s overwhelmed. In the worst case, he will suggest you go for chocolate, even if it is for an hour, he just wants to spend some time with you, to feel your presence because he needs it.

If he tells you “not on Tuesday, I have rugby”, “I’m going to be out of work late today”, it is because he is no more motivated than that to build a story. At least not with you. You deserve better then.

Unlike the not-at-all-serious guys you’ve known before, a good guy really cares about you. What you do for a living, where you live, what you love, how you see the future.

He always cares about how you are doing, if you have had a good day, etc. In short, it is not an egocentric who thinks only of himself.

A guy well made plans with you

If he says “Vacation next summer?” But it’s super far! Who tells you that we’ll always be together? We’ll see what the future has in store for us… ”is that he has no intention of engaging with you.

Of course, we must not go too fast or plan on the sky, but there is a happy medium. If Monsieur is not able to aim further than next weekend, it is because he has doubts. And doubts are not good, not good at all. Runaway before you tie-up.

Conversely, if he has surprise weekends in store for you, that he says he is eager to introduce you to his parents, the place where he grew up … In short, if he talks about it, it’s a very good sign! A good guy makes room for you in his life.

A good guy has a life

If, when you ask him what he’s doing on Saturday night, he tells you that he has a video game tournament with his virtual friends, it sucks a bit. A good guy has a social life, a few friends with whom he sometimes needs to meet. Like you with your girlfriends!

Imagine if he had no life and was waiting for a woman to make her happy. It would be creepy, very creepy. 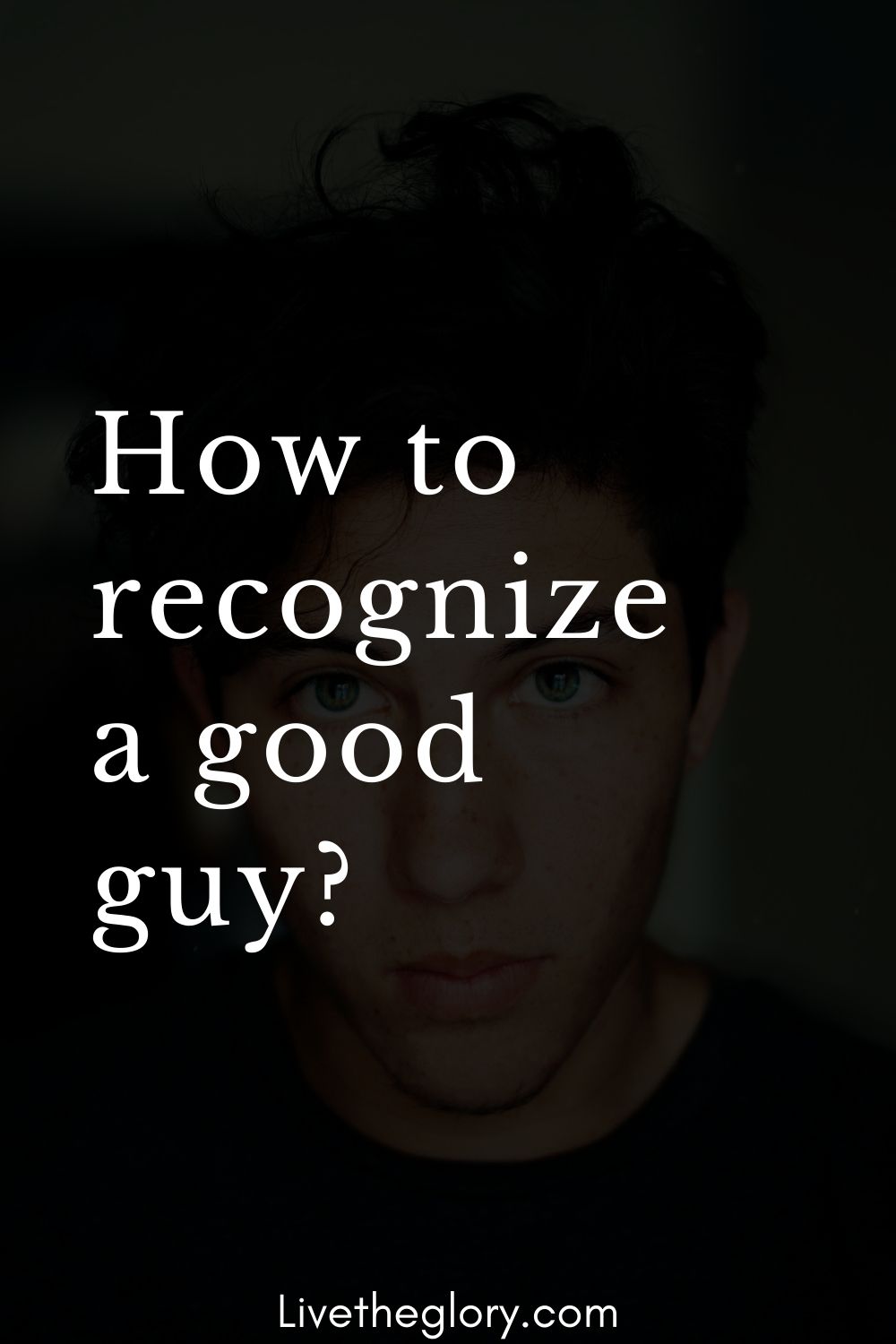