“The perfect boy doesn’t exist but there is a boy somewhere who will be perfect for you.” “ – Bob Marley

We could have been perfect if the times had been different.

We could have been perfect if we had been different.

We could have been perfect if we each had been better versions of ourselves and if we hadn’t brought out the worst in the other.

If the chosen words had pushed us up rather than down or if we had fought for each other rather than against each other, if we believed we could do it.

But we’re not who we were when we fell in love with each other, are we?

The truth is, we could have been perfect but we weren’t.

I couldn’t be perfect.

I couldn’t be the one you wanted, no matter how hard I tried.

And you couldn’t be the one I needed, despite the strength with which I wanted you to be.

Sometimes just wanting something is not enough.

Because the truth is that loving the idea of ​​something is not enough to live happily ever after.

But I have to admit, you were such a beautiful idea. My world of beliefs was dancing in my head.

We could have been perfect if you had been different.

If you had given me the chance that I deserved and had not rejected me, if you had your excuses for giving me 3 little words. But you didn’t do it.
But in spite of everything, I loved you.

And I thought it was enough.

I thought love was capable of winning the greatest challenges.
But I didn’t realize the challenge would be to convince you to love me.

I could have fought for you, against anyone.
In fact, I did.

But by the time I had to fight for you to stay … I knew it was a fight lost in advance.

We could have been perfect, if you had allowed us to.

We could have been a lot of things together.
But living in a world of “we could have” and “maybe” is a life in which one of us would have been still while the other was constantly on the point of leaving.

But I never wanted perfection. I just wanted you.
I never wanted things to be complicated because for me they were simple.
These three words are all I needed.
So I said these words without any fear, while you were leaving.
Because I loved you.
If only you had stayed …
And if only you had loved me. 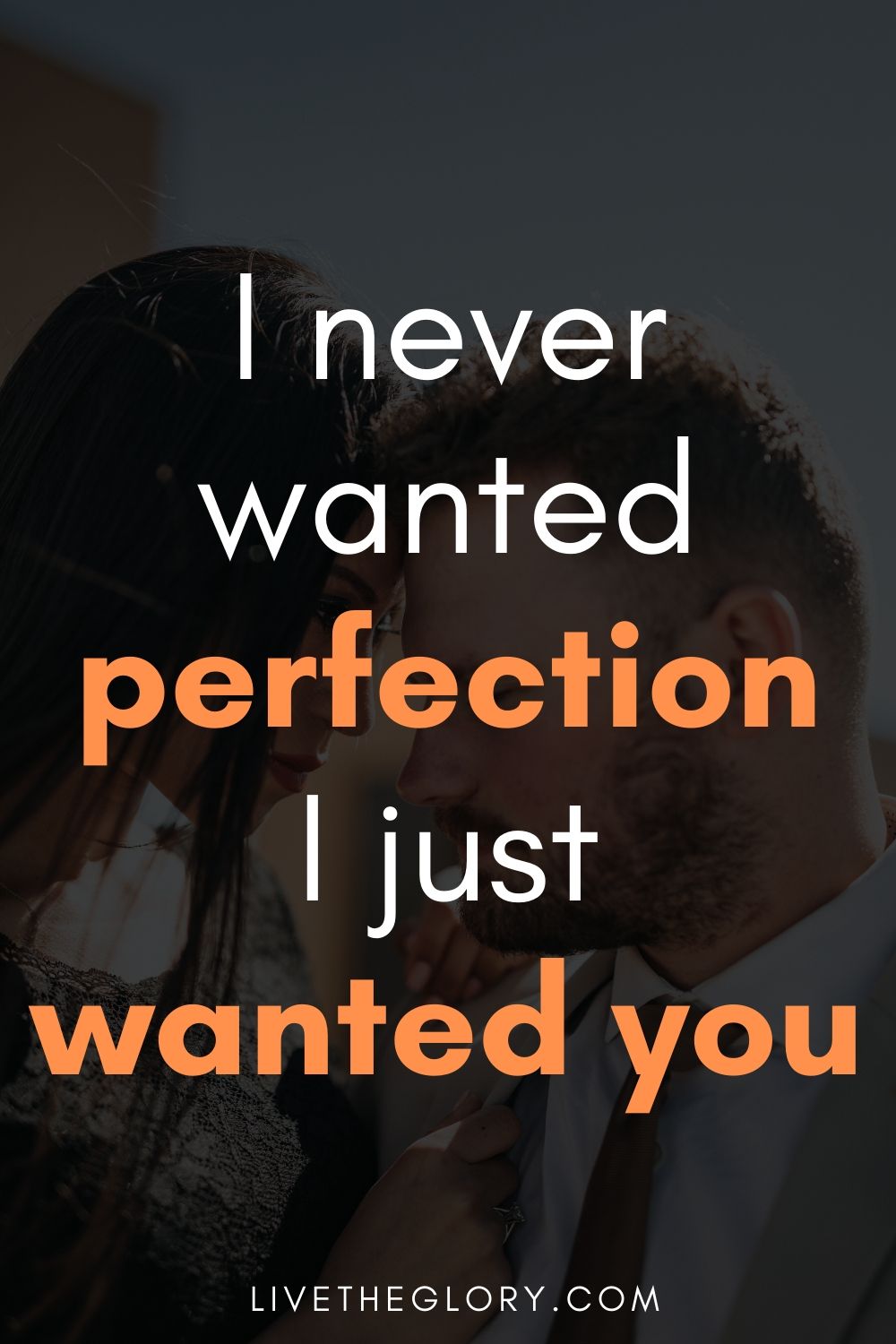