It’s really hard to describe but for a very long time, I felt like I was missing something vital. When we met, I woke up after a dream, turning around and waving. I lay down for a moment, thinking about all that I had done wrong.

I stored the sweater you gave me that day intact in my wardrobe so that I would never touch it again. Your favorite book was gathering dust on a shelf. And the photo of us, as we got older, was starting to fade as we have done ourselves over the years.

Over the years, I have taken many men to this place of ours. But always asking for a table other than the one where we sat the first time.

There were still dishes that made me think of you because you always pushed me to try them!

There were still beers, which I got drunk within my company in my head because they were your favorites.

Your name stopped being mentioned during the discussions. People stopped asking me where you were or what you were doing. All except me.

And on each birthday, I hesitated to write to you or to call you but I was afraid of what I could discover. I was afraid to find out that I didn’t miss you at all.

Our couple no longer existed on social networks and all the signs indicating that you had been an essential component in my life had disappeared but had not been forgotten because I still thought of you and felt so empty if its thoughts remained too long.

The truth is, you took a part of me when you left.

What you didn’t know is that every Saturday I kept praying for you, asking God to come back. Each year, I sent a card or wrote a letter, hoping that you would answer me. People asked me why I was trying and so I turned to this quote that I wrote on my wall and read every day.

“When someone is in your heart, they are never really far from you. It can come back to you, even when you don’t expect it. “(Mitch Albom)

How many letters have I written? One per year for five years.

5 years. 5 years that I look in the mirror and always see your reflection there. I see these parts of me that make me what I am but which were born thanks to your love, what you taught me and your importance in my eyes. With you, I was myself but also someone who evolved and of which I was proud … A person that I became mainly thanks to you. And if you had cut me up, you would also have found pieces of yourself.

My life continued as it had for years.

Then the day came. Your name appeared on my phone screen like I always wanted. Somewhere between excitement, fear, and disbelief, I knew you were back.

Simple discussions turned into projects. Which led me to go back and forth 15 times in front of the mirror before finding you. A million questions were spinning in my head but for some unknown reason, the answers didn’t matter. The only thing that counted was your return.

The skeptics in the background became noises that I chose to ignore because their opinions didn’t count. You were the only one to count.

And in a crowded room where people were busy singing and partying, I saw you. I felt complete for the first time in a long time as if a shortfall had just been filled.

And, I grabbed your hand and stopped you because finally, I had the only thing I had dreamed of for 5 years and my heart was full again.

Because you were more than someone I had loved in another life and you had taught me that love does not fade as time goes by. You taught me that love is strong enough to survive time, circumstances and heartache. You gave me something to believe in, a blind faith that I questioned the existence of. But somewhere, despite doubts and questions, I never gave up. When many could not understand and that sometimes, I myself no longer understood, I never stopped believing that you would eventually find your way back to me.

I’m looking at you now and people say I look happier. The truth is, when you stand by my side, I am the happiest and best version I can be of myself. 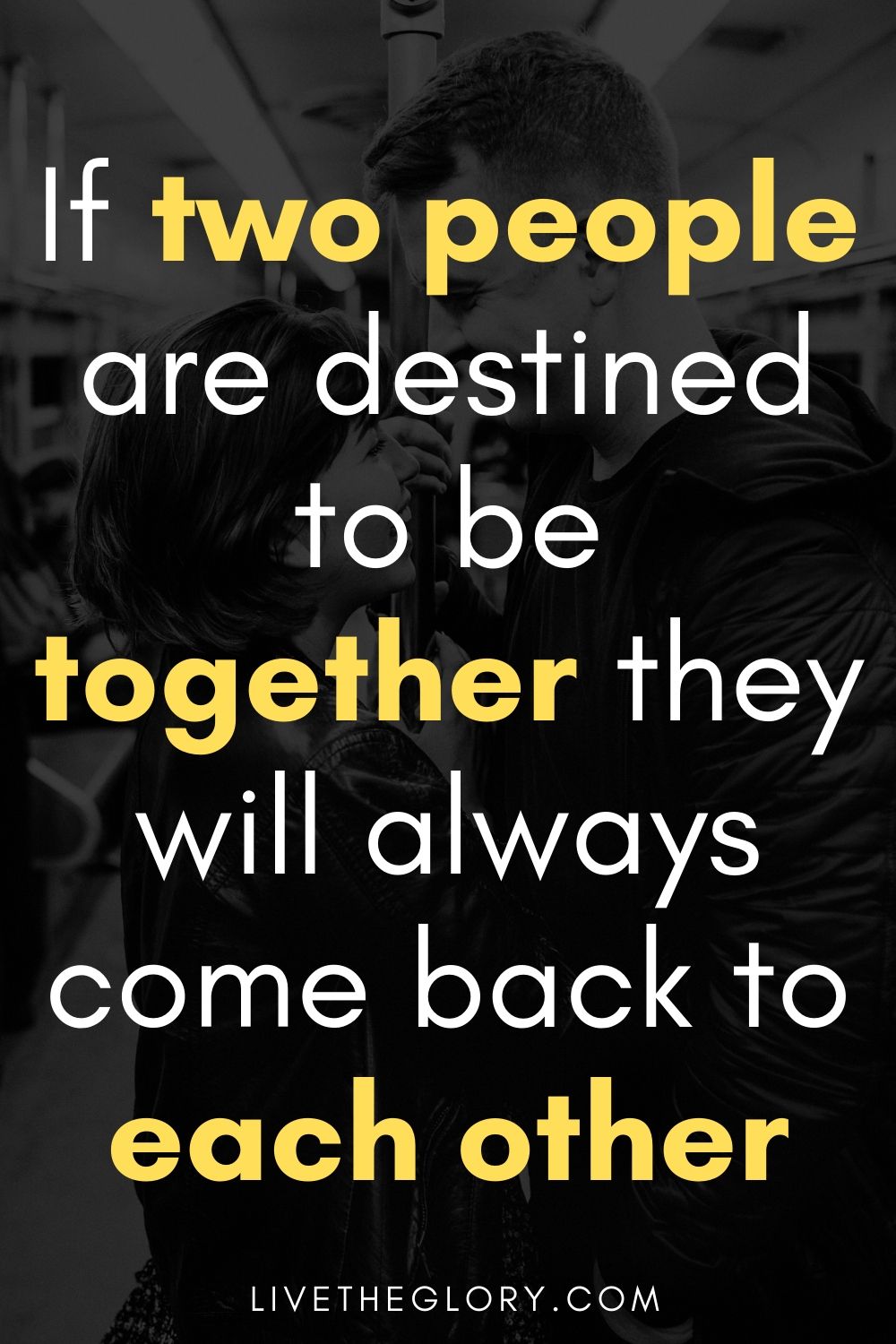