Skip to content
Love is built on trust and honesty. But are we really still trustworthy? Is lying part of the couple? And besides, are all the truths really good to say? An expert reveals his analysis to us.

Would honesty and lies be the strange winning combination of a fulfilling romantic relationship? A priori, this seems totally contradictory. However, if being trustworthy is a sine qua non condition for stable love, whether we like it or not, lies seem to be a part of couples’ lives .

Studies have also revealed that around 10% of interactions between spouses contain lies, including exaggerations, semi-lies and false pretenses, as reported by Psychology Today . But are these little deceptions really harmful? It all depends on the motive and the damage that a truth could cause.

Dan Ariely, Professor of Behavioral Economics, studies dishonesty. In particular, he noticed, while working in hospitals, that certain lies or attenuations of the truth could be protective. For example, it’s better to say to a patient, “It’s going to bite a little” rather than “You’re going to feel horrible pain,” he explains. So if the lie comes from a desire to help the other, it is not harmful.

Semi-truths that lovers often use in their interactions. We also avoid always saying what we think, when we are angry, upset by something or simply because formulating it out loud would be useless or harmful to the couple. For example, we are careful not to say that the guy who was sitting next to us in the metro was too hot or that we hate his parents-in-law . Besides annoying it, what would it be for?

Each couple accommodates its small (and big) lies

Between honesty and lies, each couple tries to overcome this dilemma by acting in the way that seems most reasonable to them. Thus, some things need to be stated, others not or little. On the other hand, when you decide to be honest, you try to do it in the least hurtful way possible.

On the other hand, the expert does not say if lying to his man by telling him that we are almost there when we barely slam the door of the house, side with the good or bad lies. Let’s say it is necessary, reassuring. And then, after all, we’re really going to arrive “soon”: it’s all about perception of time, in short. 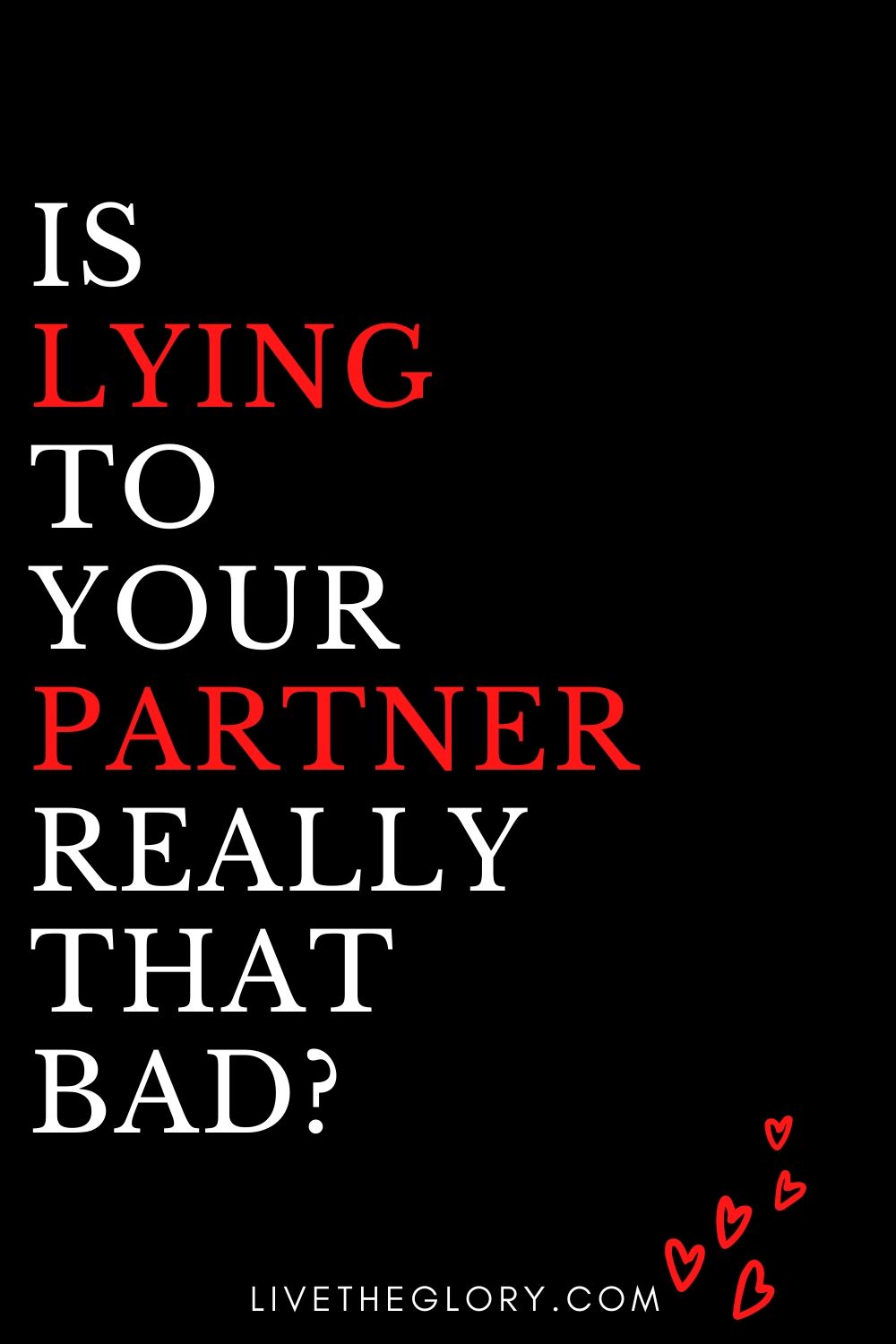