A guy “too” nice: decryption

He attracts me less

Even if we are not particularly attracted to bad boys, it is true that an ultra nice man is not the most exciting! Generosity, altruism, disinterestedness are commendable qualities which arouse admiration and can seduce at the highest point, until developing real feelings of love. But when a guy is “too” nice, that is to say, that he disappears behind the others – and in particular ourselves – and we no longer even guess his real desires or his real personality, then he is less likely to seduce us.

Our companion loves us and makes us understand it on a daily basis through regular attentions, very present signs of affection, proofs of love, you want some here. So what are we complaining about? It’s every single person’s dream! Well precisely, all this kindness ends up turning into overflow for our taste. We feel a bit trapped in these oversized outbursts of kindness, and we are uncomfortable not giving so much, just because we don’t want it all the time. He never yells at us, accepts everything about us and we don’t find that balanced.

He lets himself be walked on

With his colleagues, with his family, with the traders, with ourselves: our guy is too nice, to the point of being tricked and passing for the good service pear! And this situation, in addition to hindering our attraction to him, bothers us and worries us for him. Because he precisely deserves much more respect and kindness from others. The problem is that while kindness often creates reciprocity, excess kindness, on the other hand, tends to elicit the opposite.

Show him that he is in excess

Without attacking him or reproaching him for the irreproachable, namely a behavior which at the beginning is most appreciable, it is a question of discussing with him his relationship to others and to ourselves, and to try to understand if he is aware of it. Does he not understand where you are going with this? Always remembering the good side of his intentions, try to give him specific examples that will highlight the negative consequences of his behavior. When his colleague John unfairly gave him a file on which he worked for a whole weekend without saying anything, when you had planned to go to the sea, for example. So he may understand how his excess of kindness can hurt him, but also you.

Explain how it bothers you

Explain to him that you love him for his great kindness, but that when he is too kind, it ends up being a problem for you, both for him and for you (and your relationship). If, for his part, he does not seem to be dealing with this behavior that you deem excessive, share your own feelings with him. Once he realizes how much it can bother you, disappoint you or even hurt you, then he is certain that he will be more attentive and will probably take more distance on himself. Be careful, however, not to overwhelm it, we are still talking about a “defect” which is none other than a quality when it is a little more dosed!

Accept him as he is

But it is especially not a question of trying to transform it as you would like it to be. He is a generous and loving man, and these qualities are as precious as they are rare. Know how to appreciate them at their true value! Let him know that you need to better understand his own desires and his own personality, and that you are worried about him. But be especially careful not to want him to become another: you love him for who he is and admire his natural kindness, as long as it is not excessive. So just ask him to assert himself more, to be more than ever himself! 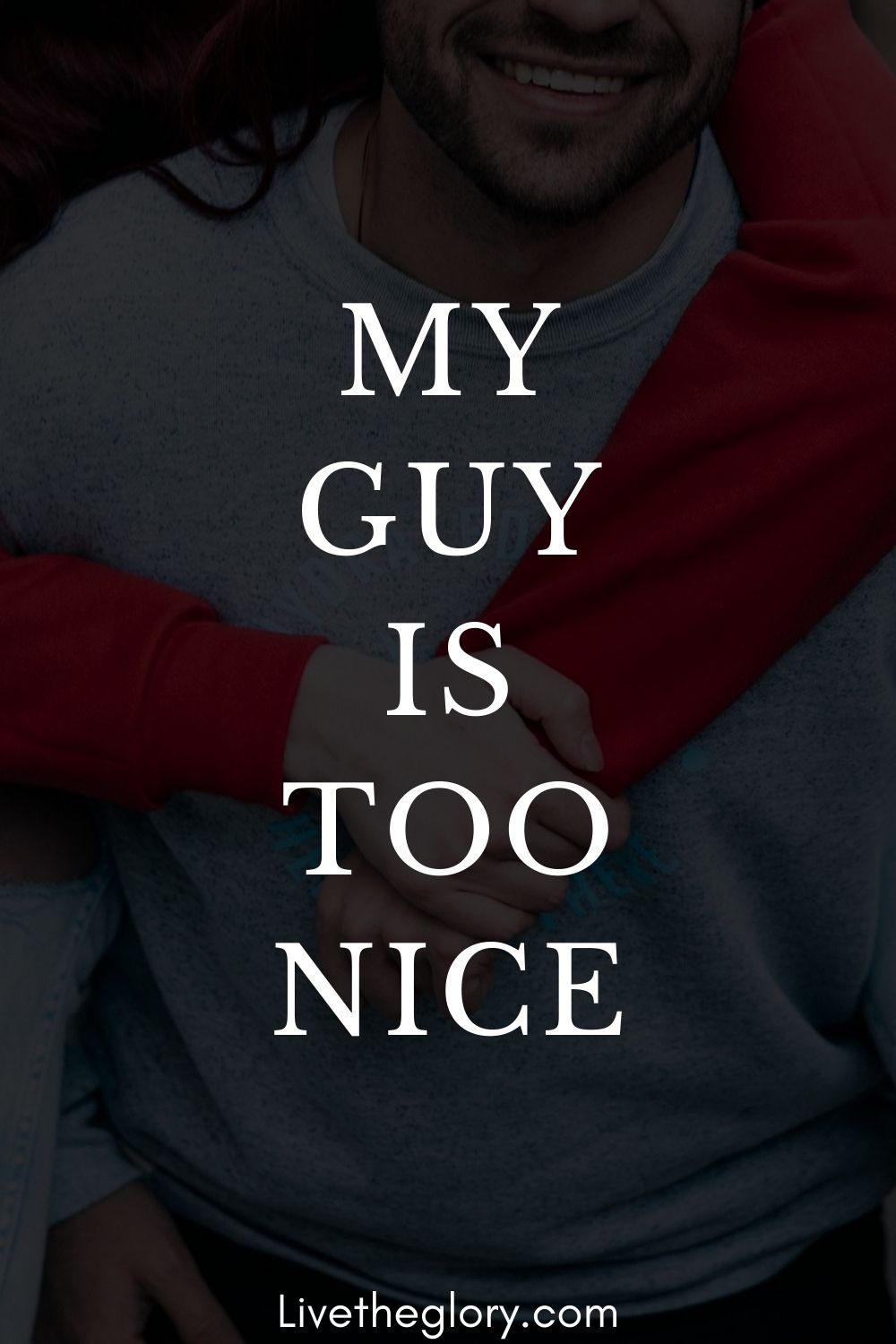