If you ask my boyfriend if it’s difficult to go out with me, he will probably say yes.

“I don’t care” is my favorite answer to every question he asks me but I like to think that it is simply because as long as we are together, I don’t care what we do.

But no. He would certainly prefer that I tell him where I want to eat and what I want to watch on Netflix even if I really don’t care … Okay, sometimes I don’t care.

But I understand what he is going through … Sometimes, it really happens that I am unable to choose and that we sit down asking the other what he wants to do on this Friday evening, without any of us being able to make a decision.

But does that really make it difficult to go out with me? No, above all do not answer… There are other astrological signs, apart from mine with which going out is just as difficult.

But these other signs are not annoying just because they want to make sure their partner has a chance to choose the movie from time to time.

In truth, there are many criteria by which to say that it is difficult to go out with such and such a zodiac sign – and some of them are really annoying.

Perhaps you are too authoritarian or not enough; so caught up in your emotions to the point that you are able to start an argument for a tiny thing or maybe it’s just that you don’t care about everything.

Quite clearly, there are many reasons why dating can be difficult, but that doesn’t mean you shouldn’t date.

Rather, it means that you need to know the main risks before putting all your eggs in one basket.

Because even if some signs are very cute when they can’t decide what to do with their weekend, others can be so exhausting that you will regret going out with them in the first place!

I am not referring to any particular sign, although (and it would not be necessary) the difficulties are more related to their personality.

And, while I tolerate some of the astrological characteristics that make dating them a little crazy, we all have our reasons for being a little difficult so it is impossible to judge ourselves when we are just being ourselves- same … At least, that’s my excuse.

If you’ve always wanted to know if you were one of these signs or if you think you’ve already dated one of them, read on to find out which signs are the MOST difficult to date, according to the horoscope.

Virgos are extremely self-sufficient, they don’t think they can get anything out of a relationship that benefits them. By going out with one of them, you will almost have the impression of being subjected to the eyes of a judge. They can be inquisitive and very curious, but not necessarily in the best sense of the word. As if they were trying to discover all the characteristics of their last conquest, already preparing to drop you …

Virgo men are also in judgment and distant. They will keep you at bay rather than actually opening up to you, preferring to feel they are in control. It’s almost impossible to get them to open up because they feel like they “deserve” some form of power.

A Scorpio blows hot and cold when it comes to life as a couple. He can be extremely happy and affectionate with you and become completely rude the next minute.

It is difficult to follow his feelings although he expects you to do so. And worse, a Scorpio is absolutely unreadable, meaning that your impressions will be wrong … At least, until he tells you how he feels.

Scorpio men are distant in nature because they feel like they have to protect their hearts before opening up to anyone rather than having to be receptive to love.

It is thus very difficult to pierce their shell at the start since they use many methods to guarantee their safety. And while they are still trying to find out what your feelings are for them, they may become very irritable and unpredictable.

First, let’s say that Sagittarius is not a big fan of engagement. This makes them feel more like they have been chained to someone for eternity than that of just starting a slightly more intimate relationship with a friend.

Thus, it is difficult to go out with them at first because they are rather pessimistic at the start. They are more fond of hunting than when they finally capture their prey.

Sagittarians are more likely to flirt nicely rather than move on to more serious things. It is more reassuring. They are real players, often appearing as fickle and impulsive personalities. Let’s say that from the start, it was not a sign cut for the life of a couple!

In all honesty, it would be much easier to go out with a Capricorn if he weren’t constantly as careful. His practical spirit is extremely interesting in many situations, but in love, it is about taking risks and engaging your heart in a place from which he could come out broken.

But for a Capricorn, it is easier to take it easy… Which highlights his “tight-lipped” side with love more than his cautious side.

Capricorns are extremely pragmatic when it comes to love. You may have the impression that you are in an interview more than an appointment because they are very methodical and act almost like robots when it comes to getting to know each other; almost as if they were doing things mechanically. They trust their reason rather than their heart and prefer to think rather than to feel.

Aquarians are the sign of independence. So much so, that you could say they are excessively independent. They are secret and distant, preferring to be alone than to be vulnerable in front of others. Of course, that doesn’t give them the aura of mystery they would like to surround themselves with, but rather makes them seem cold and distant.

Whether Aquarians want to protect themselves from suffering or from being misunderstood is understandable but it is therefore very difficult to go out with them.

His aloof attitude and the fact that he doesn’t care that others find out who he really makes him almost unreadable, although that’s what he wants! 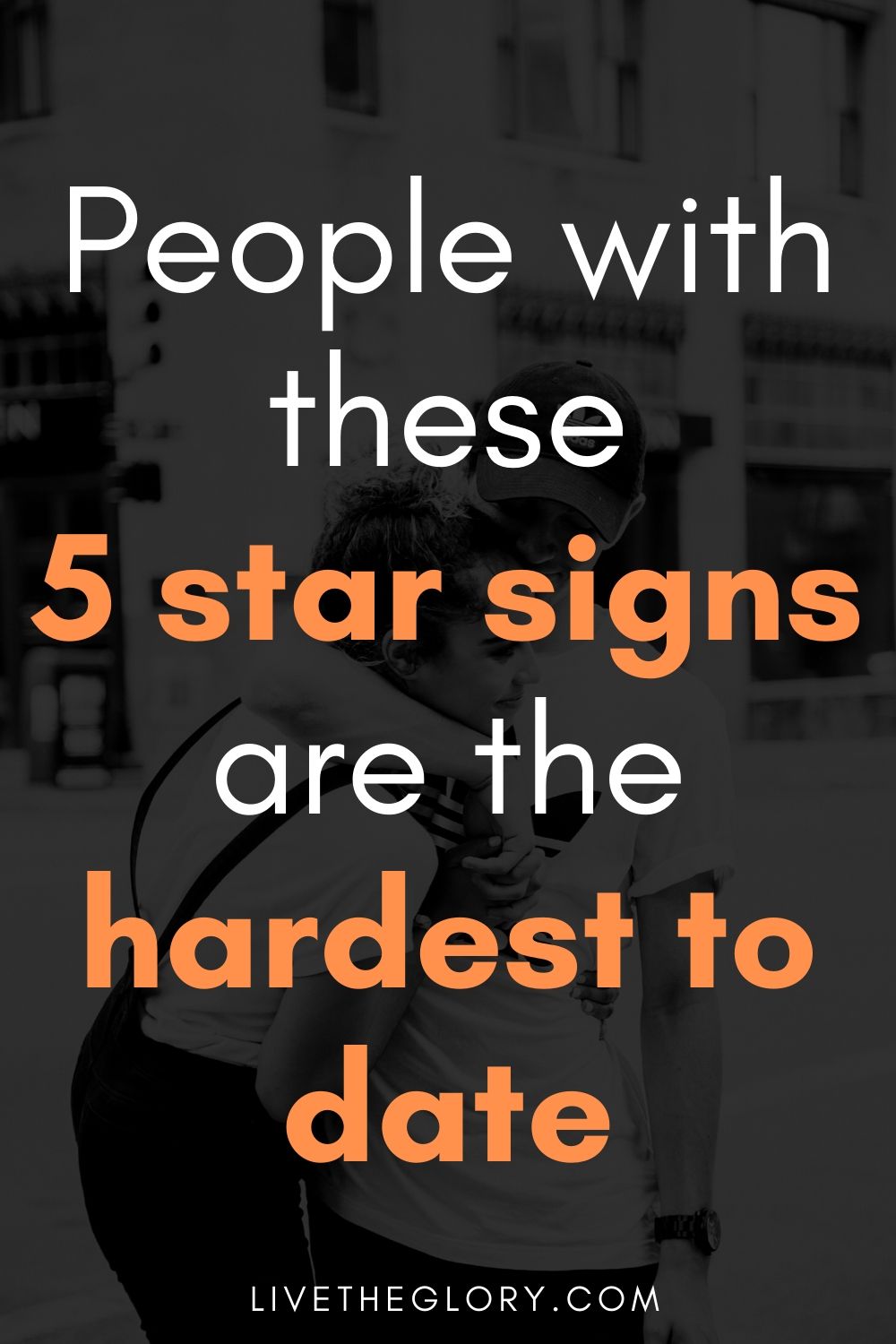