Skip to content
Titanic, Pretty Woman, Love at first sight in Notting Hill, romantic comedies have long led us to believe that opposites attracted each other, as the famous expression would also like. But in reality, is this really the case? Apparently not, according to a recent scientific study which has just shattered all our beliefs on the subject. Explanation.
There is nothing like a romantic comedy in rose water, to make us believe that we could live a great love story with a partner with a completely opposite character. But if we believe the results of a recent study on the subject , the cinema industry would have lied to us: the opposites would be far from being attracted.

In fact, nothing would be worth some similarities to weld a couple . Angela Bahrns, Doctor of Psychology and co-author of this study, explains:

“Imagine two strangers on a plane or on a first date. I can assure you that from the first to the last moment, the similarities they share will be at the heart of the discussion. is to know immediately what role these similarities will play in their future interactions and to be sure that they will be able to connect to each other . ”

An essential question for this team of researchers, who set out to observe under the microscope the behavior of more than 1,500 couples at different stages of their relationship. And the conclusions were not long in coming!

Beliefs, prejudices, values, personality traits, behavior, scientists are categorical: to be happy as a couple it is better to be on the same wavelength on a lot of plans. After questioning their large panel of guinea pigs, they quickly realized that the couples that lasted the longest were the ones with the most similarities. Only couples who had just formed had a significant proportion of opposing figures.

To add a layer, they also found that the young couples re-interviewed a little later, for the most part, said that it was impossible to manage to change their partner despite the time spent together. If you choose to share a love story with a person who has a character opposite to yours, you could end up getting tired of certain personality traits and not be able to change anything.

And yes, unlike the fantasy that we often see on the big screen, a love story is more likely to last when we have a few things in common.

If you think about it for a moment, the answer seems logical. Just remember the discomfort that sets in when you meet a person for the first time. It is often thanks to a mutual passion that we manage to break the ice.

Obviously, this does not mean that you should avoid opposites and start looking for a clone of yourself. But rather to be aware that we put more chances on our side when we recognize a minimum in the loved one. 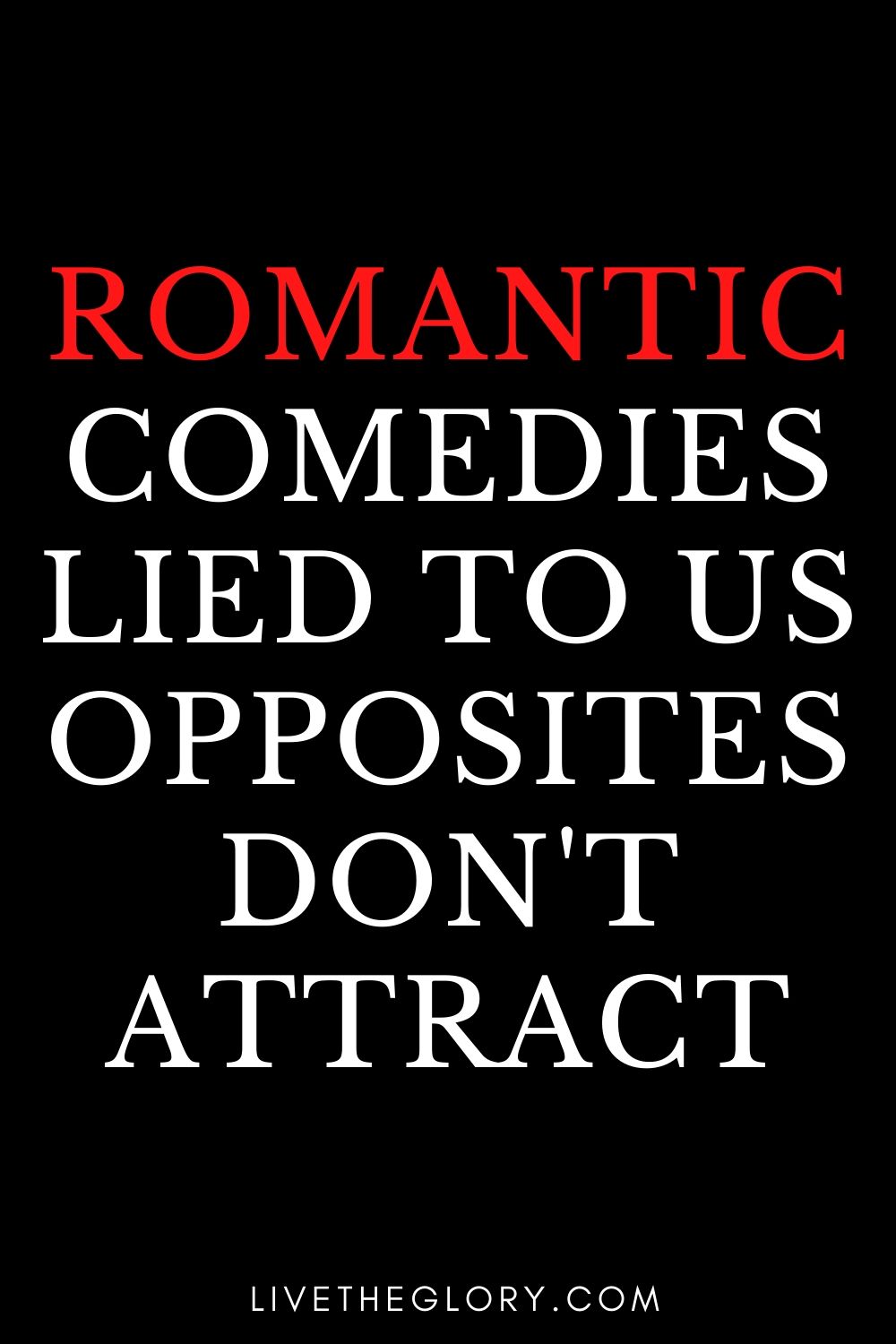