There are days like this when you feel like everything is going wrong with your guy. And then we go from days to weeks rather bizarre. In the end, for a while now, you’ve been finding your different guy.

There is a little something that suggests that things are going wrong between the two of you and that the end of your romantic relationship is near. Here are the 3 signs that show you’re going to be dumped.

1. Time is running out to see you

For some time now, your boyfriend has not had a minute to spare. He is always busy and always has excuses not to see you. In the end, you only cross paths and you see yourself less and less.

Apparently, you are no longer one of his priorities. It’s hard to take, but it happens quite often.

To avoid drama, the best solution is to do the same. Take your distance, show that you are not attached to him that much. He will play down your feelings and will want to seduce you again.

There will again be a challenge since it will not take you for granted. As much to warn you, it does not work every time. But, this is the only solution that has a chance of working. In this way, perhaps he will realize that the risk of losing you affects him.

In the worst case, it will make your break up easier because you will get used to doing without him and taking the time to take care of yourself otherwise.

It’s the same in the event that he no longer calls you or, worse, that he filters your calls! At first, he called you as much as you called him. Now the situation has changed, he no longer takes the initiative to pick up his handset and even ignores you in some cases. In this case, there is no point in insisting.

You need to slow down the pace of your calls. At first, it’s hard to break the habit of calling him. But this is the only way to make him aware that he risks losing you.

3. He and his friends are distant

The signs of affection are less and less numerous, you are less cuddling towards each other, you send fewer and fewer texts … all this is indicative of one thing: your boyfriend is distancing himself from you. Either you did something to him, or he got tired of you.

Anyway, you have to worry. You can’t force him to be more tender with you if he doesn’t want to. But you should point out to him that you feel him cold.

Without rushing him, try to communicate with him to get him to tell you what’s going on in his head.

In general, when a guy wants to break up with his girlfriend, maybe he won’t shout it over the rooftops but his closest friends will know.

So, if your boyfriends are a little distant or embarrassed when they talk with you, this is not a good sign. If you’ve managed to sincerely make friends with one of your friends, try to get the worms out of him.

Avoid psychotic going there cash ( “I know that Martin wants to break with me, you can admit it to me” ) but take that to the joke by launching “you have been weird for some time, what is past? “. You have to stay natural and avoid looking like a paranoid.

4. Everything is a pretext for settling accounts

It turns out that he spends his time criticizing you. He no longer finds anything “good” about you, be it in terms of your behavior, your clothes, or even your hairstyle.

He’s trying to scare you away with all these attacks. It is a proof of cowardice because it is there a diverting way to empty his hatred on you. So it’s time to confront him and ask him what’s wrong.

Instead of letting it reduce your self-confidence, you have to put your cards on the table to find out what’s really wrong.

It can be quite violent, there can be hurtful exchanges, but this is necessary to understand why he is about to leave you. 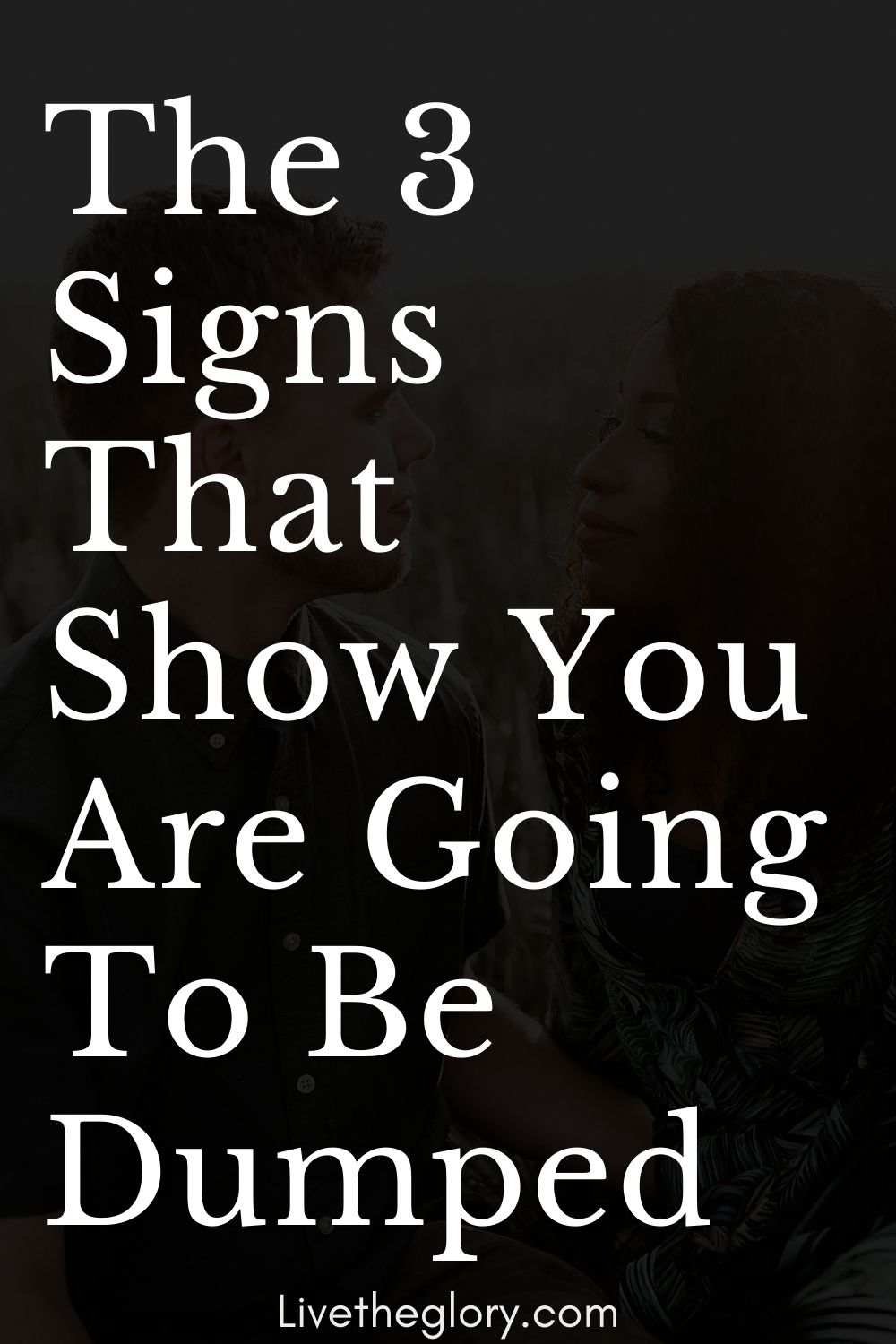