Loving a Scorpio involves understanding what he is not saying because most of the time, the Scorpio manifests itself by actions and not by words. It is to be able to read it when he is uncomfortable, but he does not say it.

It’s being able to watch his face change when something upsets him. It is to understand that he does not want to talk about certain things sometimes because he must first take care of what happened and that he must sometimes do it alone.

Loving a Scorpio means not taking things too personally. It is letting him go when he needs to be alone and to know that he will get out. It’s respecting his choice when he says he needs space. It is to understand that he acts both as an introvert and an extrovert at times. That he may need to be alone after a party to recharge his batteries.

You will admire it because it is the center of the party, but what everyone sees and what you know it is two sides of the same coin.

To love a Scorpio is to be able to remain alone with confidence because sometimes he does not like to be stuck. He does not react well when he has no freedom or when he feels as if he is in a cage. He needs his freedom to flourish.

It is trusting him and what he feels even if he has trouble expressing what you mean to him. It is to understand that he will never be someone affectionate and tender, but not to ask him to be.

Instead, he will make fun of you with sarcasm and trying to make people laugh. But on the other hand, it is someone who will sometimes need to talk seriously about life at 2 am because he is confused.

Loving a Scorpio means being able to be honest with him because he will always be honest with you, even when it hurts. It is knowing that he will be loyal and that he expects the same thing. It is to understand that if someone is their enemy, the person has probably done something really unforgivable because the Scorpios do not exaggerate things for pleasure. It’s trusting him even if he doesn’t tell you the whole story.

To love a Scorpio means to appreciate his good judgment and to distance himself from those who give him bad feelings, even if they cannot justify why the Scorpio is right most of the time on people.

Loving a Scorpio means being patient with him. Because he is both on guard and jaded. He has a really good heart, he just needs a little time to show it to you. It takes him time to realize that he is even worthy and deserving of his love.

Loving a Scorpio implies being able to live with the pressure that it puts itself under and which could have repercussions in your relationship. He is very hard on himself and ruthless when he is wrong. He strives to be the best at everything and takes it out on himself when he is not up to par.

You might feel like it requires the same efforts of perfection, but it doesn’t. He just appreciates you being there when things go wrong.

It is to sit with him in silence and be ok with that. Because the silence does not make him uncomfortable and sometimes he enjoys the company.

Loving a Scorpio implies appreciating the fact that he is really sensitive even if he does not show it on the outside and that he knows very well that apart from all signs and all people, he loves the most strong when you have proven that you deserve it.

When you love a Scorpio, it is love that will change your life and your expectations for everyone else. 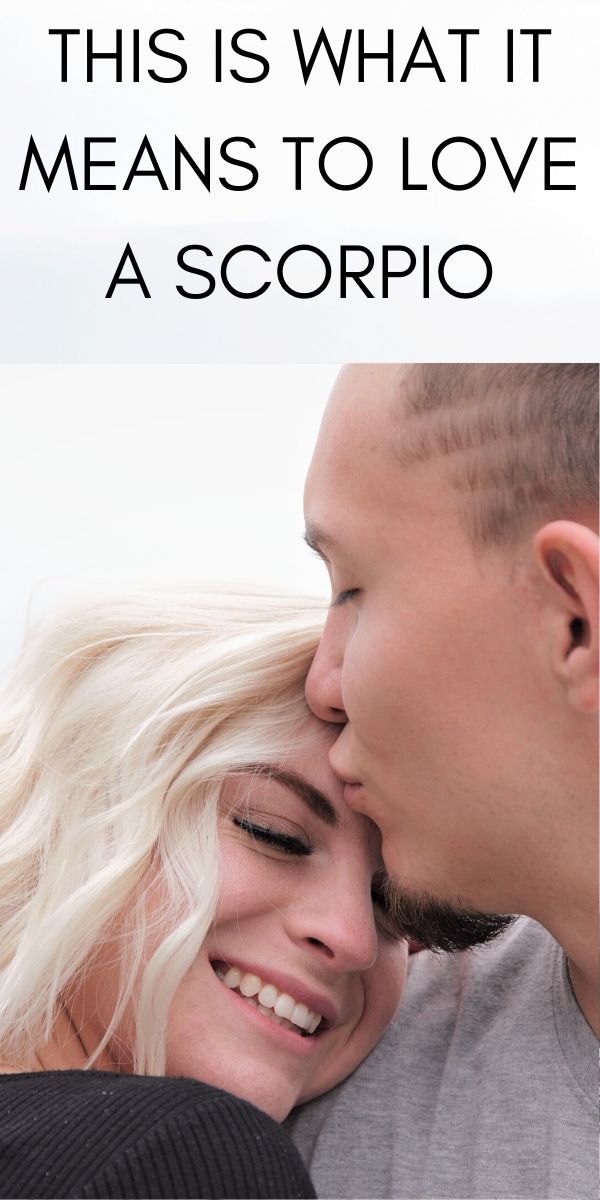