I could tell you so much right now, but it doesn’t matter now, does it?

So instead, I’m just going to say one thing: thank you.

Thank you for doing what I didn’t have the strength to do. Even though I didn’t know it at the time, our breakup was the best thing that could have happened to me. I was so in love with you that I always found a bunch of excuses for you, and I would never have been able to leave you then.

I believed you were perfect, so even though I saw the harm you were doing to me, I don’t think I could have left you even with all the will in the world because I was too in love.

Thank you for showing me the difference between selfishness and altruism. I loved you every moment of our two years together, I left my friends to spend more time with you, I spent money that I didn’t have because you had nothing and I took care of you when you were sick. You selfishly absorbed all my love and affection, and I received nothing, which left me empty and desperate.

Thank you for teaching me a valuable lesson to help me value myself. After all, it was because I didn’t like myself that I was with you initially.

For some reason or another, I thought you would give me value, and even after pursuing this for so long, I was left empty-handed. So, if it hadn’t been for this breakup, I wouldn’t have realized that I had to value myself or that I couldn’t look to others to give me my worth. I have value without anyone telling me.

Thanks for giving me a list of warnings. Now that I look back and assess your actions throughout our relationship, it all seems so clear. I can see all the warnings you gave me that I ignored.

And now I have a whole list of warnings that I can watch out for for my future relationships, so I don’t need to make that mistake again. I will never stay with someone who hides things from me, accuses me of cheating on him regularly and without proof, or asks me for money for “rent”.

Thank you for hurting me so badly, thanks to you I will never make this mistake again. You ripped out my heart and you broke it, and I know it’s going to take me a while to heal. I’m also going to have scars, but I know I won’t take it a second time, so I won’t let a relationship come to this again. And these scars will be a constant reminder of my mistake with you.

Like I said before, there is a lot I could tell you right now. I could be angry because I was hurt, because you manipulated my emotions, and because I was treated as an object rather than a human being, but I don’t want to dwell on the negative.

I want to move on with my life and only hold onto the good things that came out of our relationship while leaving the bad in the past. I don’t regret falling in love, it is life experiences that help shape us and make us stronger. 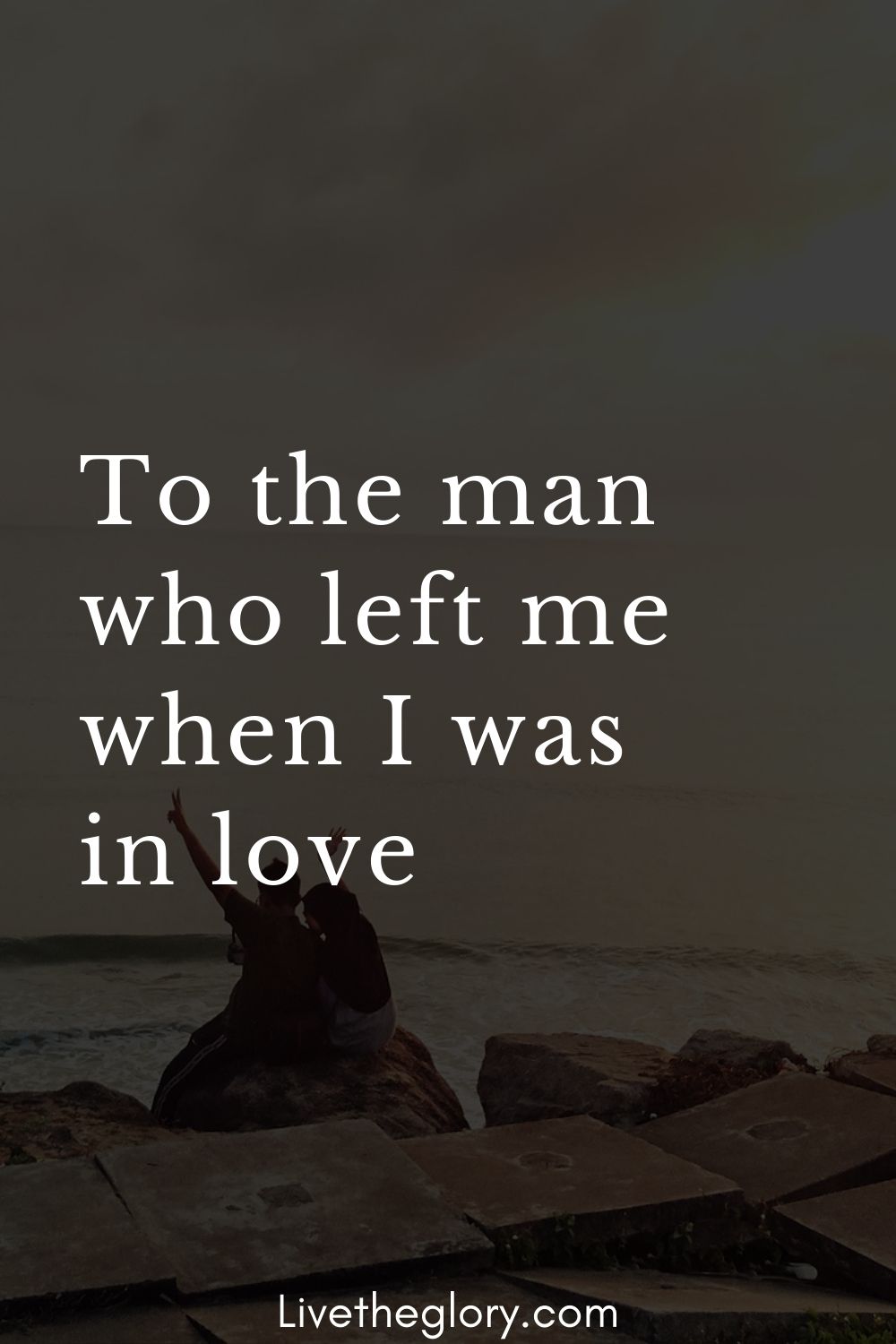