In the minds of males

Do men have their little secrets? According to a study conducted in England, it seems that men are masters in the art of concealment. They lie three times more than women and especially to them! The desire not to hurt, the need to keep a private garden, lack of self-confidence, infidelity, all of these are the reasons that lead men to lie. Top 10 Favorite Lies of Men!

1- I’m not married, I don’t have a girlfriend

A common lie! It seems that men, to seduce, omit such details! Some even go so far as to withdraw their wedding ring to play the game of the hardened bachelor to the end. Unfortunately, this kind of lie has its setbacks! Because after a while, women discover that the one with whom they have entered into a relationship leads a double life.

2- I have no children

Some fathers are afraid of the image they convey. This is the case of divorced dads who during a first meeting, a first dinner, hide the fact that they have children. Surprise when women find out they have toddlers.

You are not fooled! In general, this excuse rings false and his nose lengthens when he gives you this explanation! It’s weird he couldn’t tell you since he’s still glued to his cell phone. Gentlemen, you can rack your brains even more!

4- You are the first with whom I do this

With this lie, the male on display wishes to impress his future companion, to make her believe that she is unique and precious. Do you think so? You are quite right! But it is well tried!

The young secretary who walks past your companion as you dine at the restaurant and sways around with languid glances? A classic! And when, suspiciously, you ask him who it is and your companion, a little distant, smug smile tells you that it is just a co-worker, you can be sure that he does not tell you everything!  We must always be wary of these famous “work colleagues”!

A classic of lies! After a first night, or a first date, he assures you that he will call you tomorrow! You may have to wait a long time because he never calls you. A delicate way to make you understand that he is not interested in you!

7- I lost your phone number

When you go out with a man, give him your number, hoping he calls back and doesn’t, don’t be naive. By chance, you meet him in the street and all embarrassed, he explains to you that he had lost your phone number! While he had recorded it in his cell phone! In short…

To believe that wherever your man goes, accidents and traffic jams occur in series which have an annoying tendency to make him late when you want to go out. It’s just that he doesn’t want to see your girlfriends or the movie you picked.

Your darling goes into survival instinct mode when after yet another fitting, you ask him if these pants make you fat. To avoid triggering a disaster, Monsieur prefers to say that you are beautiful, perfect… even if he thinks that these jeans make your butt bigger! Some lies are better than the truth.

A way to impress women? The man boasts of knowing how to cook! The proof, he invites you to his home! Except that instead of small homemade dishes, you discover the deception! Yes, the meal was good, but Merci Picard! Monsieur is far from being a top chef in reality. 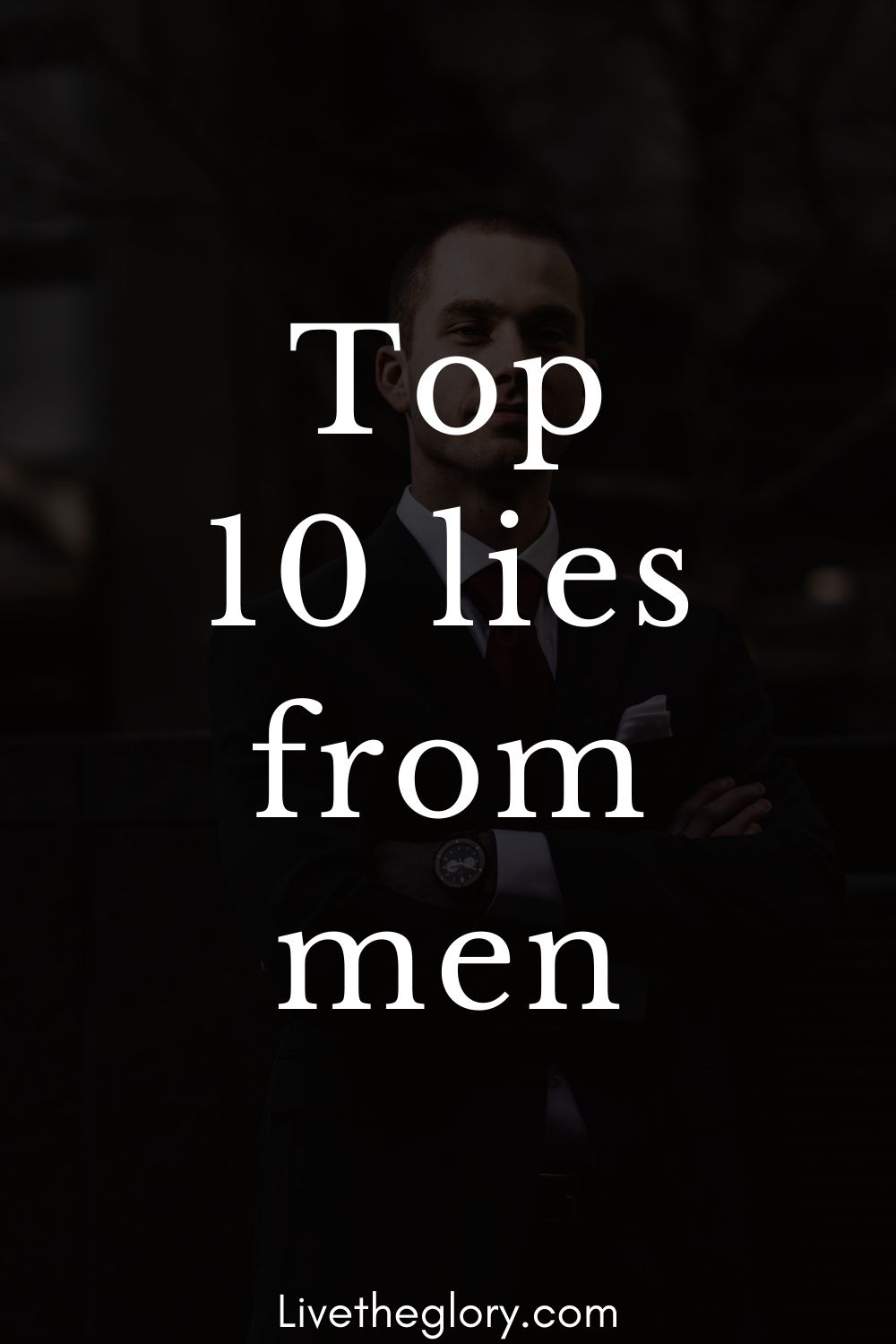