When a man gets ready to go out and puts himself in seductive mode, he combs his hair well, he puts on perfume (or just deodorant …), he puts on a t-shirt and presto, voila.

But is it enough? To be sure, you would have to know what a woman looks first in a man she meets for the first time …

When a woman meets a man for the first time, she is above all attentive to his eyes and to his gaze. Normal: the eyes are the mirror of the soul, aren’t they? In addition, a man who has a pretty look, and who knows how to play it by looking us straight in the eyes, it’s as s**xy as it is gently unsettling …

Well, at the same time, eyes are a classic: it’s also the first thing men look at in a woman (hoo, copiers!).

Once again, men and women agree on this point: the second thing they look at in the other just after his eyes and his gaze, is his smile!

Little advice: Gentlemen, before going out, do not hesitate to brush your teeth and remove that little sausage skin stuck between your canine and your left incisor. Otherwise, you may have the hottest smile and laughter in the world, you will not pass this test!

Let things be clear: height matters in a man;) It is also the third thing that catches a woman’s attention when she meets a man for the first time.

And even if there is a saying which affirms that “everything that is small is cute”, women still fall for quite tall men (minimum 1m80). Logic: a man, the taller he is, the more he will know how to protect us, and the safer we will feel in his arms …

Well, that might not be very nice, but the 4th thing a woman looks at in a man is his hair. History to see if there would not be a beginning of baldness at the level of the temples or at the top of the head. Yes, it’s a bit ugly and superficial, but it’s human! When we meet a man who could potentially be the father of our future children, we say to ourselves that it would still be better for them if they still had hair at 20 years old … And incidentally, to have a guy who looks like Kojak or to a monk, it is not necessarily the dream for a woman!

The last thing a woman checks when she meets a handsome stranger is her dress style. But that’s just a little check for form: because if he’s well dressed, that’s a good point, but if he’s really badly undermined, she says to herself that she’ll give him a makeover anyway. no problem after a few weeks! 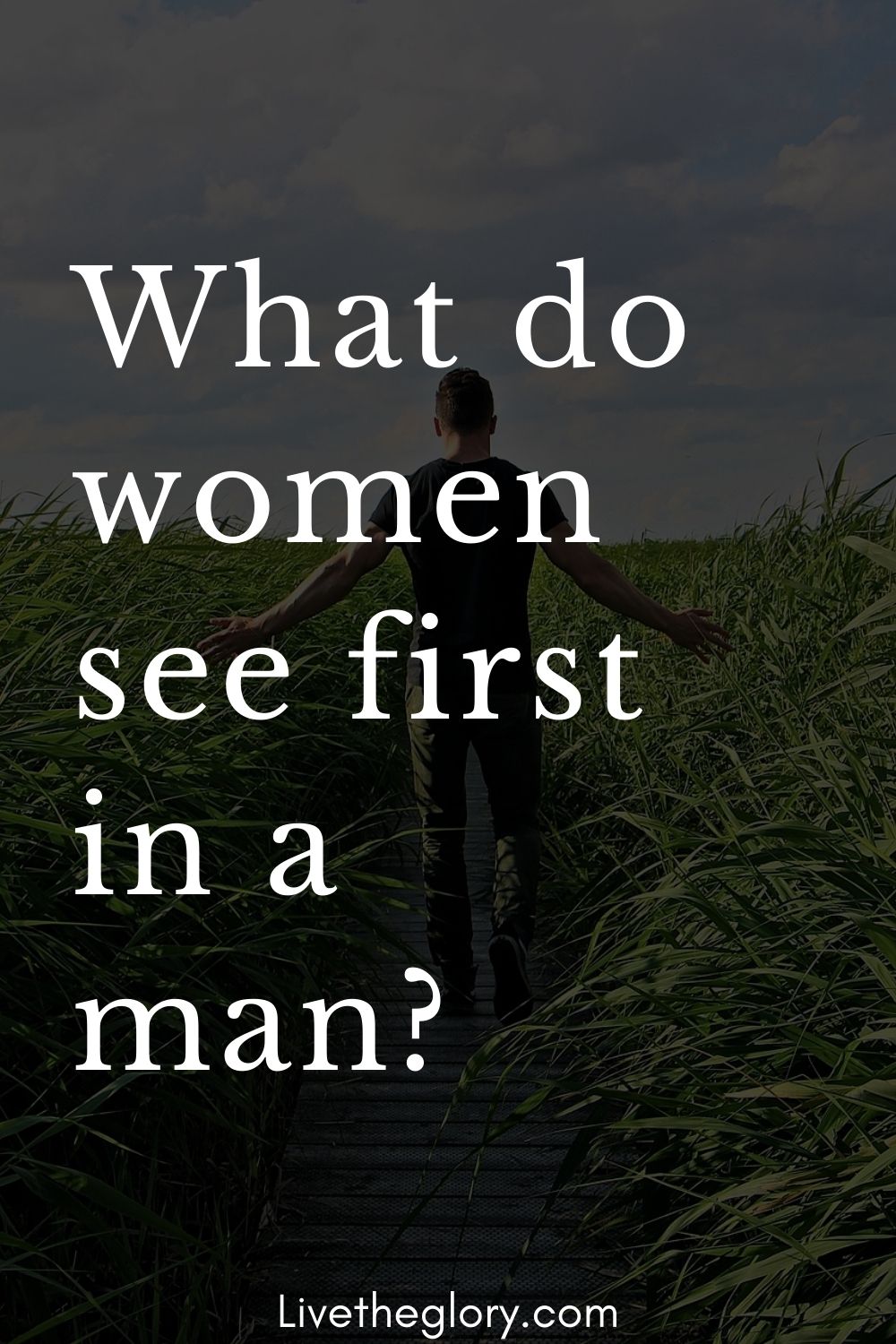