She wants you to caress her mechanically while you are watching a film – she does not want these “posed in front of Netflix” caresses, where the film is only a pretext for something else …

She wants you to run your fingers along her arm, like a reflex, more pleasant than just doing nothing. Caresses must become second nature, not just a means to an end.

She wants you to surprise her , but not with the great gestures you see in the movies. She does not need this guy who lights hundreds of candles, arranged in the heart, or sweet words, or a serenade on the background of the guitar. She needs something that is only romantic for both of you, as you define it.

Surprise her with brunch on Saturday morning after she has worked hard all week. Surprise her with a board game evening, so that you finally know who is the best at Power 4. Choose a movie that she likes more than anything, even if she has already seen it dozens of times and organize a party. Let him know that you notice any detail.

She wants you to tell her that you love her at unexpected times, at random, when no one is expecting it. She wants your words to look like a kiss on the forehead and in the dark, something she barely feels but that she needs to feel the presence of.

She wants your love to be fluid and effortless, not built around “great moments” that you feel compelled to mark. Of course, there are special events, but hearing a soft “I love you” while wearing a mask and wearing a dressing gown has a little something that makes your heart melt . When she feels awful and when it’s the last thing she expects.

She wants you to love her just as much in the presence of your friends. She wants you to kiss her on the cheek, to joke with her, to be exactly the same with them as when you are alone. She doesn’t want to feel like the girlfriend you are forced to carry around with you, as if she were a drag on all the good times you could have without her.

She hears the other men talking about their girlfriends when they are not around, as if their relationship is an obligation. She knows she would look tacky asking you, but she doesn’t want you to be like that, ever.

She wants to receive a letter from you , to be surprised that you remember something she doesn’t remember, she wants to hear “I’ve already taken care of it”. There is nothing more wonderful than knowing that someone is thinking about you, that they are interested enough to commit to writing to us or making real plans.

She wants your patience, in a world where everyone is going way too fast. 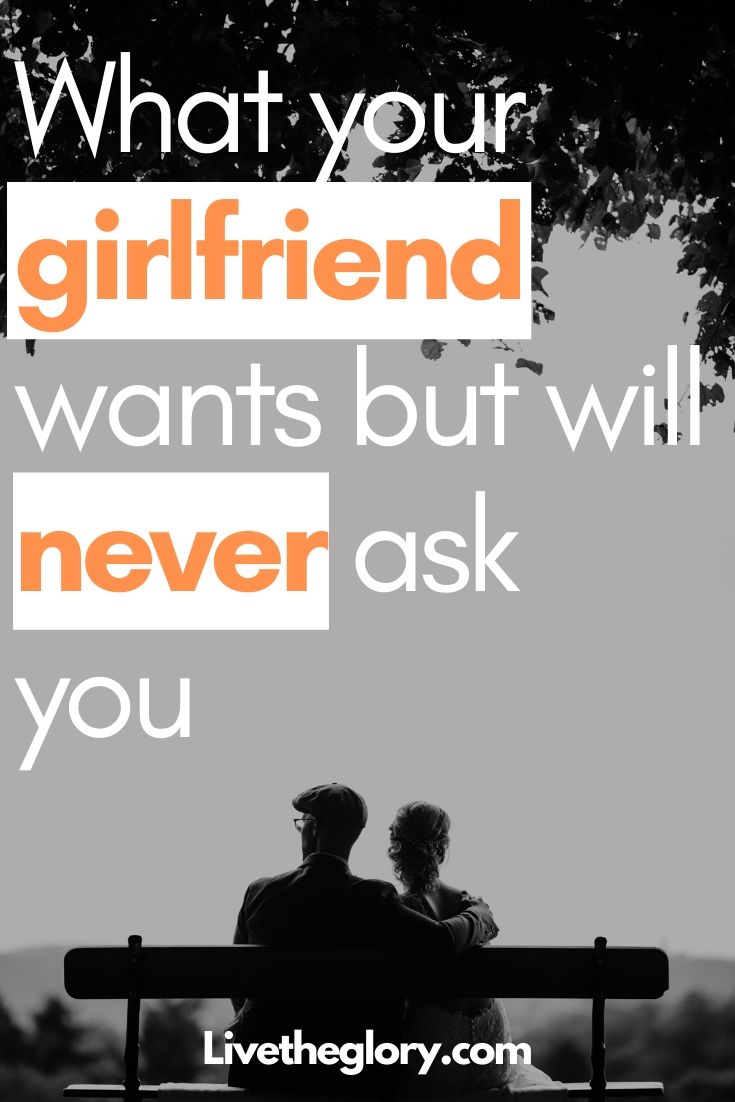