A lot of times we don’t ask ourselves why we decided to get married, we do and nothing else matters. Beyond love and commitment, there are other issues to consider before making this decision.

In these times when a marriage has become optional, many couples still continue to walk down the aisle and say “I do”. Is it a belief, a need, or an attempt to please families and society? The question is simple: why do we choose to get married?

Over the past two decades, it has become evident that in Western countries the compulsory nature of marriage has taken a back seat. In fact, it is quite normal today to live as a couple without going in front of the altar. However, despite this, we still choose to get married. What then is this due? In this article, we reveal it to you.

Getting married during cohabitation

The last two generations have an opportunity that their parents or grandparents would never have thought of: to live as a couple without getting married. Until just 30 years ago, women had to get married in order to be able to leave home and then devote themselves to household chores and raising children.

And besides, the fact that the so-called “female liberation” had already been present in society since the 60s or 70s, the truth is that it was still not normal for a young woman to live alone and work for outside the house. But all that has changed a lot: nowadays, in the  21st century, thousands of women live with their partners without actually getting married.

Today, they no longer project on the image of the family used in advertising. On the contrary: they now focus on their careers, their tastes, travel, or their well-being. However, when we do decide to get married, it’s because we’re betting on something that goes beyond D-Day, it’s because we think about the future.

If it is not obligatory, then why do we decide to get married?

It is true that going through the civil status gives a legal framework to the relationship. You don’t have to get married to love each other, but it is necessary as a higher commitment and for the future. And this commitment does not only concern the other, but the whole of society.

Basically, it’s the ritual of marriage: once the papers are signed, the couple becomes an “official institution” and everything they do has an impact on those around the members. This may seem like a stretch, because although you sign a marriage certificate, you can also sign a divorce decree.

However, and beyond the possibility of separation, the truth is that the public announcement, from which it is inferred that we are ready to assume the responsibilities, rights, and commitments inherent in marriage, is always very important.

Our reasons for getting married

Love is one of the main reasons we get married. However, it is not and should not be the only one, even if it is the most beautiful or the most authentic of reasons.

Many marry after having lived a very long romantic relationship. Others because they like the idea of ​​celebrating it big. There are also those who do it under social pressure and there are even couples who decide to take this step before becoming parents so that children are born in a “legal framework”.

We choose to get married because we are willing to guarantee stability for each other and for ourselves,  to establish a path to life, to set in motion the plan worked out together, to visualize the future, and to forge a relationship. solid and indestructible alliance.

Of course, we get married for love, but also because we are betting on a project that is beyond us. And also because we realize that we will always have someone by our side to help us and allow us to bring out the best in ourselves.

But for that to happen, we have to be absolutely sure that this is the step we want to take. Without pressures, without fashions, or social or religious beliefs… Without anything other than you and your partner to matter. This is how you can be truly happy forever! 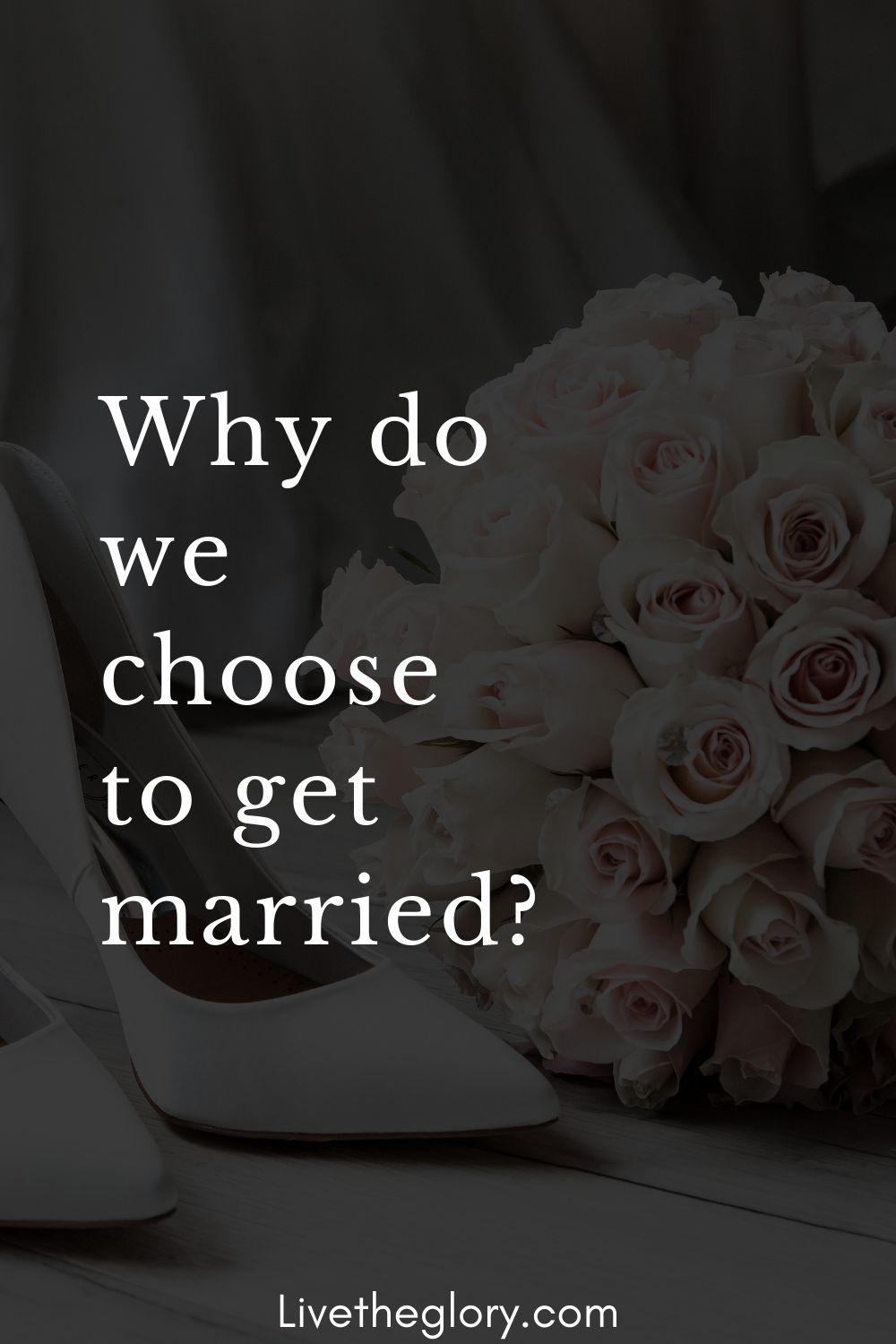