Skip to content
The first meeting is the one for which we generally put the most pressure. And yet, it would be much less important than the second date, according to several dating dating experts.

There is no shortage of tips for ensuring a first date . And for good reason: we tend to put ourselves under mad pressure on the occasion of a first date, as if our life – love at least – depended on it. However, if one believes the dating professionals, the first date would not be ultimately the most important in the beginnings of a new romantic relationship . The second date, for which we generally put much less pressure, would ultimately be much more revealing than the first.

“People are focused on the first date when it is generally only a quick first look,” confirms to Cosmo US Helen Fisher, advisor for the Match dating site . While the second meeting, it is one where “you start to learn about your common interests, ideas and objectives, that is all the things that can bring people together”, adds the expert.

A second meeting, one that proves that we are interested

One of the reasons why the second date would ultimately be the most important is that it shows your interest in the other. The first meeting very often acts as a test, especially when we have met on an app like Tinder or Happn and the exchanges have never been further than simple messages.

The first meeting is then the opportunity to discover the person “in real life”, his timbre of voice, his way of expressing himself, of holding himself, his gaze … and whether alchemy there is or not.

By accepting a second meeting, we show that we want to meet again, to pursue something. A decision anything but trivial, revealing a certain interest for the person who is in front of us. Which, in the end, makes the second meeting an event with all the more important challenges. CQFD.

The meeting where we reveal more

We always show ourselves, on a first date, in its best light. Nothing very surprising in that, but it generally makes this first meeting an often superficial moment and not frankly revealing of his deep self.

If you do not reveal yourself at all during a second meeting – and especially his disproportionate addiction to the Christmas film – this one is very often an opportunity to show more. But also to be seen in a different light than that of the self subjected to the stress generated by the first date. “A first date, contrary to what one sometimes thinks, does not reveal much more that one does indeed resemble his profile picture”, confirms Susan Trombetti, dating expert for Exclusive Matchmaking.

More objective than the first

“When you meet someone for the first time, you know so little about them that you pay too much attention to the smallest details,” says Helen Fisher. “Your date might say something stupid and you assume it means he or she is not that smart. But the data shows that the more you get to know a person, the more you get to like them . ”

Unlike the first date, the second therefore allows you to apprehend the person in front of you in a more balanced, more realistic way. We point less easily and we begin to see if our “crush” more generally and not as a series of check boxes. A good way to know if you want to continue with it, or not.

A second appointment which confirms or not the alchemy

The second appointment is also an opportunity to confirm or not the alchemy felt on the first date. Shooté · e with the stress and the excitement of the meeting, we sometimes feel a crazy alchemy during the first meeting, almost absent during the second date, once the pressure subsided.

Conversely, the second date can be an opportunity to see a new eye of a person whom we consider interesting but with whom we did not necessarily feel more chemistry than that during the first meeting. “A second date is particularly interesting when you are not sure what you think of the person after the first date,” said therapist Alyson Cohen at Cosmo US.

Because if the spark – or the butterflies in the belly, according to the metaphor that speaks to you most – is not present during the first face-to-face, nothing prevents it from appearing later, over the Appointment. “There is a real myth around a spontaneous, immediate spark, but the cerebral system that governs romantic love can wake up at any time. You can feel this attraction from the start, but also after several meetings or even several years of friendship, “confirms Hélène Fisher. Do we let ourselves be (re) tempted? 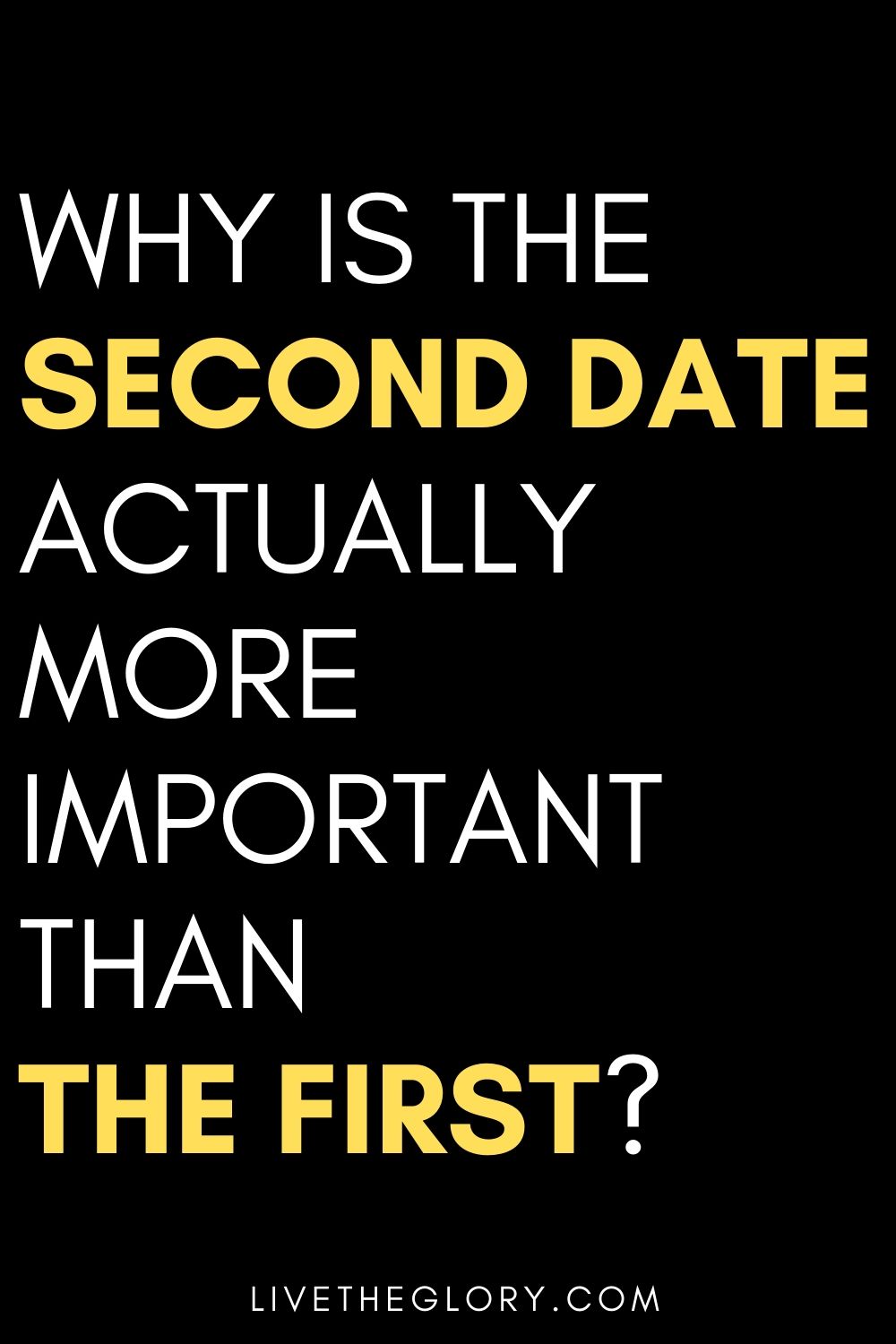