Love is one of the strongest feelings and has the most influence on us and our behavior. When it takes us, we lose our means and we can no longer think clearly and logically, especially when it comes to determining whether the person for whom we have this little weakness feels the same for us or not. However, since this doubt is often difficult to bear, find below 20 signs noted by Patti Wood, an expert in body language, and which show that Monsieur is indeed attracted to you. 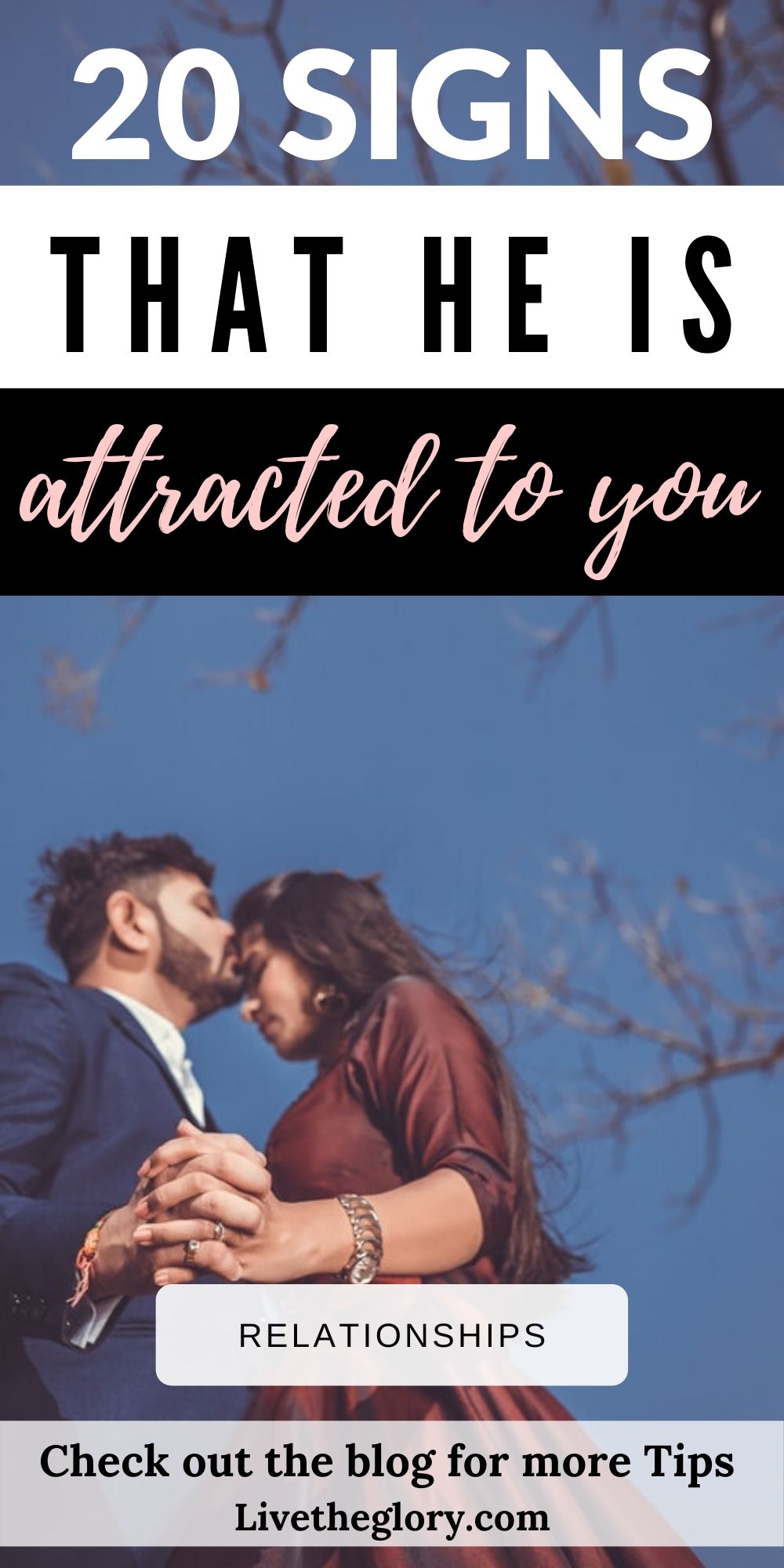 20 signs that he is really attracted to you:

When you are in the dark, your pupils dilate to allow your eyes to have the maximum of light. But if you’re in a bright enough place, dilated pupils are the brain’s response to something you like or are attracted to.

Raising your eyebrows is an involuntary reaction that helps to open your eyes, especially when faced with an object you want or a person you like. So, if Monsieur raises his own, even slightly when he sees you or when you speak, it is because he is really interested in you and what you say.

3 – He shows his front teeth

According to Wood, men stop showing their front teeth by smiling, around the age of 5, except when they are really happy. So to find out if he is really happy to see you and that he is having fun with you, look for the little pearls!

When a smile is sincere, it is not limited to stretching the lips. The whole face is in motion, the forehead slightly wrinkled and the eyes half-closed. So, if your Jules has his face transformed by his smile, you are on the right track.

5 – It moistens the lips

When one person is attracted to another, their mouth begins to produce more saliva. The first reflex is, therefore, to quickly pass the tongue over the lips or to press them against each other. Be careful though, because if it does so suggestively, it doesn’t make the sense you are looking for!

6 – It contemplates your whole face

It is easy to think that if you like it, it will not take your eyes off. But in our day and age when everyone is staring at their phone, looking someone straight in the eye for long minutes will make them uncomfortable. However, if he spends almost 80% of the time contemplating your eyes, nose, lips, etc. he can only be seduced.

7 – He takes a deep sigh when he sees you

When a man unconsciously takes a deep sigh, he tries to bulge his chest and refine his waistline. In other words, he would like to have a more athletic and therefore s exier appearance. Explanation: you have an effect on him and he also seeks to seduce you.

8 – He leans towards you when he talks to you

In a place that is too noisy, it is normal to lean towards each other so that you can hear each other. However, in a calm atmosphere, this can only have one meaning: he is really interested in what you say, and in you, in general.

9 – He puts his hands on his hips, with his elbows outwards

By adopting this position, the man “fills” more space than by keeping his arms beside his body. According to Wood, this can be seen as a demonstration of physical superiority, and therefore it seeks to grab your attention and impress you.

By taking the initiative to touch you, the man wants to test you to find out what your reaction would be. He may only be interested in s ex, but if he does it in a cute way and smiles while putting a little space between you, this means that he wants to be closer to you, but without rushing you.

This position exposes the private part of the man which is full of nerve endings and therefore puts him in a vulnerable situation. By adopting him, he might want to show you that he is fully ready to open up to you (literally and emotionally).

12 – He directs his pelvis towards you

The pelvis directly refers to s exuality. So depending on his orientation towards you, you will know what Monsieur thinks of you. If he points it in your direction, he wouldn’t say no for a last glass of champagne in your living room or … elsewhere.

13 – He points his toes towards you

The feet intervene in the reflex of “fight or flee” which engages in situations of danger. When it comes to social relationships, they are also very revealing. So if, while speaking, you touch his arm and he turns his feet away from you, it’s time to move on.

15 – He approaches you by speaking

If, when speaking, he tries to close the distance between you, he is obviously attracted and does his best to be near you.

16 – He speaks to you without facing you

He wishes to remain open to all possibilities, or is he shy. If he asks you lots of questions or tries to find a subject of common interest, the 2nd hypothesis is most likely.

For a man, this gesture represents communication and vulnerability. So, to determine if you are facing your future Valentine’s Day or a liar, the context, as well as the other signs cited, are to be taken into consideration.

18 – When he holds your hand, he presses his palm against yours

Hands pressed against each other or intertwined fingers are the sign of his desire to bond with you. On the other hand, an arched palm means that he is afraid of going further or that he is hiding things from you.

19 – He grazes your arm while speaking

The message is clear: he wants your full attention and doesn’t hesitate to touch you to make sure you’re always on the same page.

If he always precedes you by a few steps, he is more centered on his person than yours, unless you are on unstable ground or facing potential danger. Otherwise, whoever wants you will adapt his pace to yours, to stay constantly by your side.