There are certain clues that can tell if a man is cheating on you. If you suddenly have doubts, it is because certain details have caught your eye. The most important thing is to spot changes in behavior or attitude. It all depends on the personality of your partner or your spouse, it is a sudden change that is suspicious and especially the accumulation of one or more of these 8 signs that a man is cheating on you:

The classic signs, depicted in several films, which are so big that they are caricatured, are for example the fact of smelling another woman’s perfume on her clothes several times a month. A trace of lipstick on a shirt collar or on his cheek is just as much as the regular presence of long hair, which does not belong to you, on his clothes. And of course, the inevitable, the object of another woman in his bag or in one of his pockets, like a compact, panties …

A man who until then was not particularly jealous and who turns into a jealous husband overnight is the sign of a man cheating on his wife. It will track all your outings, be suspicious, and demand regular calls and texts. This is linked to his own guilt “it is he who says who is” and it also allows him to watch you, asking you to call him or asking you when you are back, it allows him to sort out his problems. own dates without fear of being surprised.

3 / HE COVERS YOU WITH ATTENTIONS

It might sound counterintuitive, but a man who feels guilty can suddenly start saying I love you, writing you poems, regularly giving you flowers, and showering you with texts and gifts. Here again, it is the change in attitude that is listening. A man who only offers flowers once a year and a vacuum cleaner for your birthday and suddenly becomes romantic is suspect.

For nothing, a man who looks elsewhere may get angry more often and criticize you all day long. It is subconsciously linked to his guilt. He gets angry because he feels guilty about cheating on you or because you are not the one he would like to be with right now. It is also a good way to arrange a way out and an excuse to be away for several hours.

A man who becomes distant and cold both physically and emotionally is to be suspected. Of course, there are ups and downs in all couples, but it is the length of this estrangement that should alert you. He is no longer interested in you at all, no longer listens to you, no longer touches you, no longer has any gesture or tender words. When, even in bed, he avoids all contact, it is to be watched.

6 / THE RELATIONSHIP WITH HIS PHONE

He never takes his eyes off his cell phone, he even goes to the bathroom with it and always has it with him. Like an eagle, he forbids you to touch him. When you approach, they may also quickly end a conversation, change rooms, or speak in a low voice. Does he have something to hide?

A man who takes up sports overnight, changes his hairstyle, pays attention to his diet, and wears deodorant should be watched closely. As with all of the preceding and following signs it is, again, the sudden change that is bizarre. A married man, in general, pays only moderate attention to his appearance. If overnight he can’t leave the house without looking at himself from every angle and changes his style of clothes for the more fitting ones, it’s suspicious. Signing up to a gym and going there every day of the week, even on weekends when he used to only watch it on TV might seem like, um, um.

If a man cannot help repeating the first name of another woman several times a week, who is neither his sister nor his mother, whether it is to tell anecdotes, underline his qualities or on the contrary, pass his time to speak ill of it is suspicious. This woman does not leave his mind. By criticizing her, he takes her off your radar.

These 8 signs that a man is cheating on you will help you guess faster if you are! 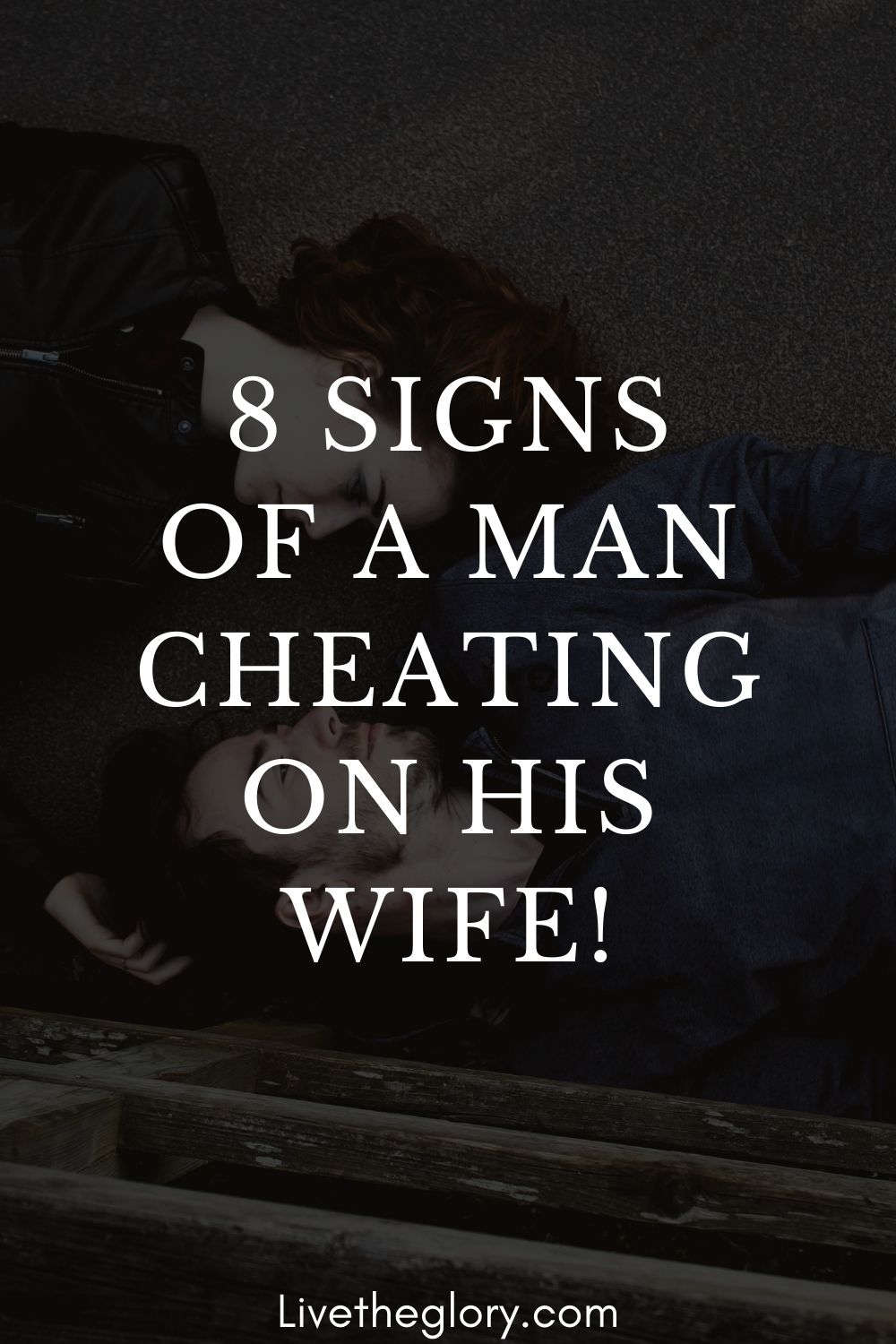