During the s exual act, the behavior of both partners is generally influenced by their respective experiences in the matter, but also by their educational and cultural background. While it is true that these differences are rewarding and exciting, they can sometimes be the source of misunderstandings, such as partners who remain silent in bed. Gentlemen, if your partner is, here are some explanations that will help you understand it better. 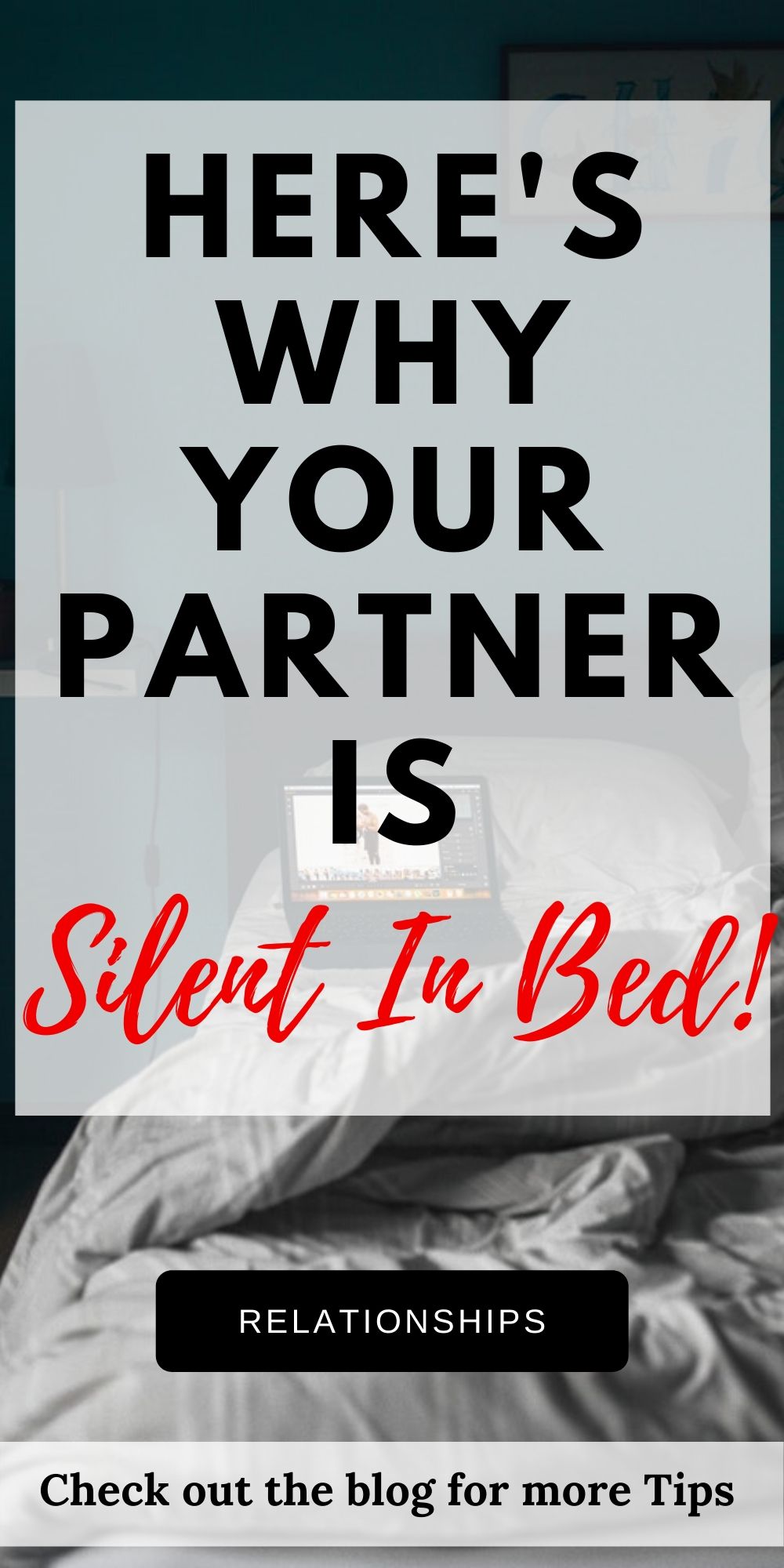 Is she not satisfied? Do I not know how to excite him well? Is she bored?…   These questions and many more torment a man if his partner in bed remains silent and makes no sound that can indicate his mood and how he feels. Faced with such a case, some men see their confidence in themselves and their s exual performance shaken, while others blame their partners for not being receptive and reactive enough.

However, in reality, several factors independent of the man’s s exual prowess and the pleasure felt by the woman, can be at the origin of this discreet behavior in bed. Here are a few.

The reasons why a woman is silent in bed:

The results of several surveys have shown that not all women are used to making sounds when making love or coming to orga sm. So, gentlemen, relax! And if you want to hear your partner’s moans, let him know!

Some women say they are very excited and moaning inside, but that inhibitions prevent them from externalizing themselves, while others fear that the fact of letting go and making sounds that let glimpse their beastly side in love either taken badly or seen as bizarre on the part of their partners.

The fear that someone outside may hear their voice while they are having s ex causes some women to remain silent during the act. They especially do not want to be confronted with this air of understanding which means: “I know what you have done! “.

The woman’s personality also has a big influence on her behavior in bed. So, if she is rather introverted and prefers to keep her feelings for her, do not be surprised that she is silent during love. This personality type has other ways to savor s exual stimulation than groans.

Our personality and behavior are shaped by our education and experiences in life. This is why a woman who has been educated in an environment where the act of s ex is considered a taboo subject that should not be discussed, much less appreciated, may feel guilty for expressing her satisfaction or pleasure. She is therefore programmed not to let anything appear that could reveal her euphoria.

To conclude, the s exual act must not meet certain criteria or fulfill certain universal conditions to be satisfactory. As long as the two partners feel connected to each other and they still have as much fun making love, nothing else matters. Gentlemen, continue your efforts and let your sweetheart savor her pleasure silently!