The “gray area” is undoubtedly the one that most often upsets women. This area of ​​uncertainty where a man shows his interest, but nothing more. This area of ​​doubt, where despite some positive signals, you have no idea what it feels like for you. 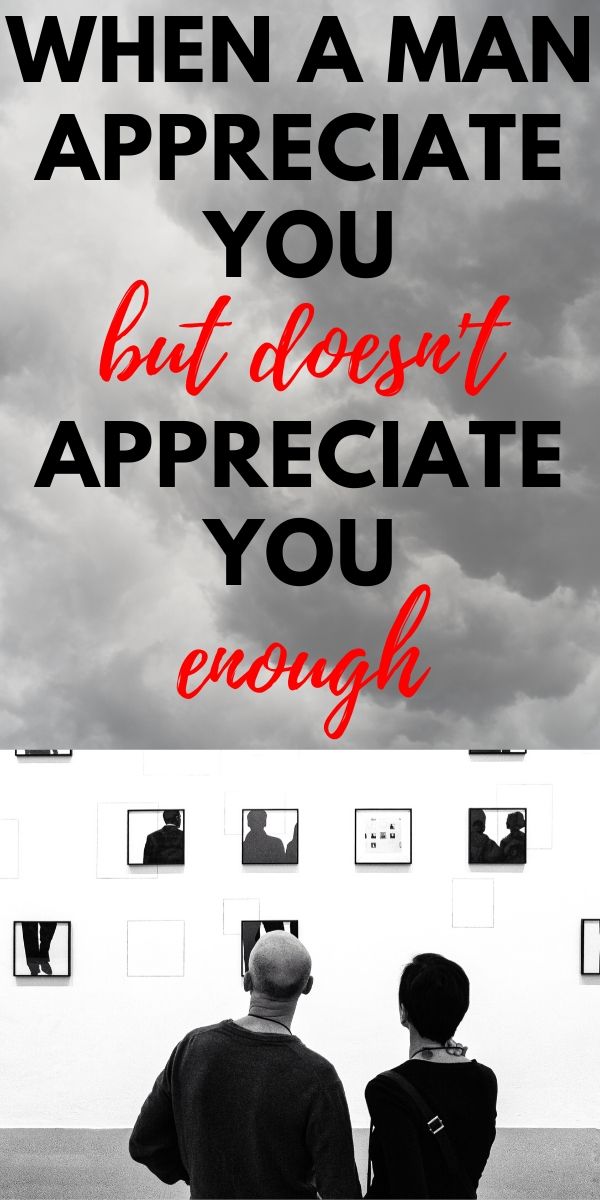 And I receive many messages from women living at that time. Desperate, they fail to know where they are because he seems interested, but ends up disappearing, saying that he does not want a serious relationship or sending contradictory signals.

Then he comes back to them, very sweet and full of attention. In short, how not to be in the dark after that? How do you know if you like him or not?

Whatever happens, it is essential to clarify things, because investing in someone, without knowing what he feels for us can be very painful.

But let me tell you something right away:

If a man is really interested in you and likes you, it shows like the nose in the middle of the face!

With time and experience, I have come to a very simple conclusion: when you are not sure what someone feels for us, it is that they do not feel much. He likes you, but not enough.

But the problem is that many of us find ourselves trapped … Trying to understand why he doesn’t like us enough.

We do not understand how he can be adorable, pleasant, open and seem to like being with us while remaining distant and doing everything possible so that things do not evolve.

He is elusive and you find yourself spending more time thinking about your relationship with him than really enjoying the relationship.

When he refuses to commit

A man who refuses to commit will never tell you blankly that it is because he does not appreciate you enough for that. He will certainly tell you something else entirely.

But then the question arises: why doesn’t he just end your relationship? Because, anyway, he appreciates you. But he doesn’t appreciate you enough to want to really be with you.

It is also possible that he refuses to commit for valid reasons.

Maybe he has a lot of pressure at work; perhaps the divorce from his parents when he was a child really traumatized him and prevents him today from having a serious relationship; maybe his ex who cheated on him is really preventing him from trusting a woman again; perhaps, finally that the engagement terrifies him.

Anyway, all of these reasons don’t count: it’s the facts that count!

Perhaps he is unable to really appreciate someone (to the point of becoming a couple) or perhaps he cannot imagine himself with you, for reasons over which you have no control. But we don’t care!

If he likes spending time with you and sharing moments with you but does not want your relationship to become official, it is because he appreciates you … But not enough!

If you happen to come across him, chat for hours with him and even sleep with him, and then he doesn’t tell you that he likes you, it’s just that he doesn’t like you enough.

If you have been dating for quite some time, but he refuses to be exclusive or to put a label on your relationship, it is because he appreciates you … But not enough!

If he tells you that he misses you, but does absolutely nothing so that you can see yourself, it is because he appreciates you … But not enough!

Unfortunately, many women think that this lack of interest in them is their own fault. As if they were the ones with a problem.

By believing that his problems are related to you, you are hurting yourself unnecessarily. Likewise, he may not be afraid of engagement and he just says that you are not the right one.

I know that it is a difficult situation and that getting out of this kind of relationship is just as difficult, especially since you have devoted a lot of time and energy to it. But you cannot continue to deny reality.

You cannot continue to see only what you want and ignore everything else. You cling to the little attention and affection it gives you as if it were a sign of unwavering ties … But it is not …

Because deep down, even if you do your best to ignore the signs, you know he doesn’t want to be with you. You ignore the obvious truth, however, because you refuse to accept the fact that he will never love you as you love him … And I understand, it is painful, but you have to start this process.

Realizing and admitting that our feelings for someone are not mutual is terrifying and I know you feel like it is your fault, but it is not. You have nothing to do with it, you have nothing to blame yourself for.

We are not all compatible and it does not matter.

How to deal with such a situation?

You may think that if it is also painful, it is because it was the right one and that you did not make enough effort to keep it… But I am afraid that your pain comes essentially of your ego.

You feel worthless and feel like you are not worthy of being loved. You tell yourself that you will end up alone or with someone who doesn’t really match you. In short, this kind of situation tends to bring out the tragedy that lies dormant in each of us.

Rather than imagine the worst-case scenario (that is, you will die alone, in a house full of cats), just tell yourself that it was not the right one and that it is not serious.

But I know it’s easier said than done and that giving up on a man who’s never really been his is sometimes more complicated than giving up on an ex. Quite simply because one has to mourn a relationship that did not really exist and all of its potential.

It sucks, without a doubt! But we cannot force someone to develop feelings for us. All you can do is do your best. And if even there, you’re still not interested, it’s that there is nothing to do.

The best you can do about it is to try to learn from it. At least it wouldn’t have been a waste of time.

Ask yourself how you ended up in such a relationship. What good has this relationship brought to you that could be useful for your future relationships?

How did you come to ignore all the negative signs? Are there things you accept in this relationship that you will refuse to accept from now on? Etc.

Ask yourself these questions and see where they take you. Think, write, do anything that makes you feel good! Think of you!

In any case, introspection is always beneficial: it is what allows us to transform our disappointments and sorrows into strengths.