“I don’t really understand what’s going on. Answer me as soon as you get this message. “

We have all been confronted with this kind of devious infamy one day: the radio silence of a person who we like and / or with whom we have shared more or less intimate things.

You sent him a message on Facebook or by text, you KNOW that he read it (damn technology), but his response is desperately awaited … You start to panic and consult your friends for a crisis meeting.

Why are you facing this white?

Already, you should know that men approach communication in general – and a fortiori written messages – in a completely different way from women. Unlike us, they do not see texting and other small messages as the barometer of a relationship.

We have a tendency to give too much importance to this means of communication by thinking that it absolutely quantifies the attention that the other pays us.

However, the reason why your crush/guy / target does not respond to you or takes too long to respond varies from man to man…

But don’t despair; there are still several possible explanations. Here are the 10 most plausible causes of his silence!

He doesn’t respond right away because he knows it will lead to a conversation and he doesn’t want to start a text chat. He simply doesn’t like texting and prefers a real exchange, of the time spent with you face to face, rather than telling his day in emoticons. Hence his laconic answers (when there are any).

Have you exchanged “all day long” texts for 5 days and suddenly it’s a space vacuum? Have you seen yourself 2-3 times and it has always gone really well? He may feel some pressure on the future of your relationship: he realizes that things are moving fast and that he needs to take stock of his desire to go further or not. If you have mutual friends, it surely takes time to think about whether your relationship is hopeful or not, to avoid it getting weird between you if it doesn’t work. In short, he does not yet know what he wants and prefers to be silent for the time to make his decision instead of telling you his questions.

We are not the only ones who want to feel wanted, men also like to play cat and mouse. If he feels that you are not really after him, he will try to revive your interest by responding more sporadically.

He saw your message get through but was caught in an endless stream of emails, meetings, pots after work … and did not reply until late at night or the next day. Worse, he may have seen your message after 3 pints and completely forgot that you had written to him… When he thinks of you, he will see that he had not answered you and will apologize, patience!

Try to remember … Has anything happened recently that could make you angry or get cold? Men are not very good at expressing what they feel and prefer the easy way out: ignore us. The obvious solution for you in these cases is to hand him the pole so that he lets go of the piece!

Perhaps he is of the “hunter” type and will, therefore, be more receptive to your charm if he feels that all is not won in advance. In other words, don’t har*ss him but rather play his game and keep a little mystery in your approach. If he doesn’t answer, it’s because he didn’t really want to go out with you.

As we know, men are more of the type to act than to express themselves. If you spent the night together and he has the impression that you are expecting a real relationship with him when it is not at all in his plans (because he wants to enjoy his single life, because he comes out of a relationship that has tried him, because he has views on another, etc.), he will feel uncomfortable giving you false hopes. The problem is that men don’t like having this kind of conversation especially if they think they have to justify themselves. This is why they choose the strategy of silence by saying that we will eventually understand… A little gougeât I grant you (and after they are surprised to hear sentences like “all of a**h*les ”).

So yes, it’s sad, but at least he sees only one at a time. You just had less luck, the other one had better timing or had a better pair of… shoes. If he reappears from time to time and offers to see you at the last minute at odd hours, you can deduce that he regularly cheats on his girlfriend … Then it’s up to you to see if you want to get into it or not.

And yes, that sucks, but sometimes the simplest of explanations is the one for which we invent many others because we do not want to see the hard truth in the face: maybe we ultimately do not interest him, or more. If you really feel that there is nothing to save, the best thing to do is to erase your number and move on. Courage, it happens to everyone!

There is worse than being dumped by SMS: being dumped by a lack of SMS. The cowardice of men sometimes reaches new heights … because it is easier for them! They know perfectly well that you are going to want a ton of explanations and that they are going to lack arguments. Again, fleeing seems to them to be the best solution: it avoids the headaches and the tears that often leave them helpless. 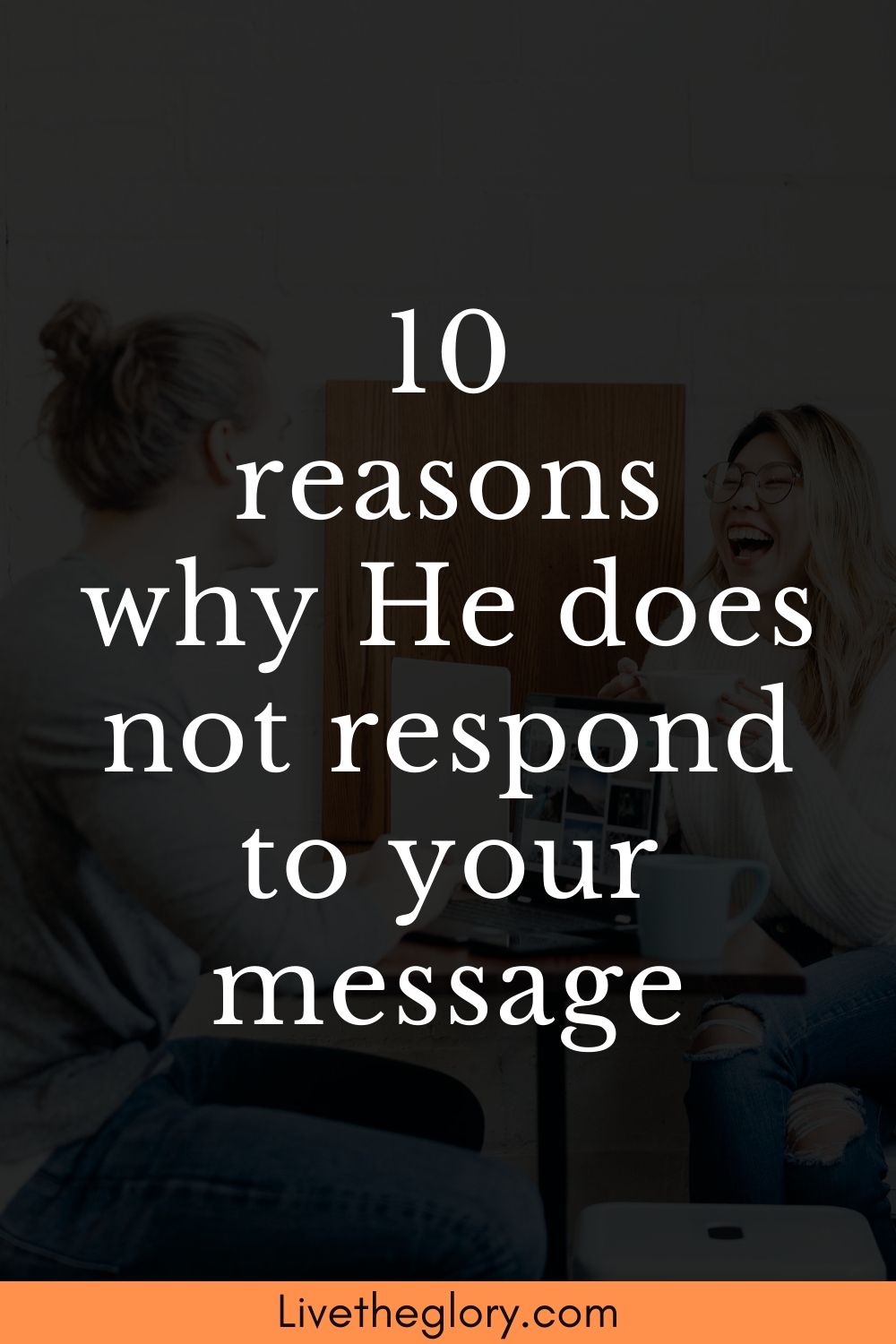