Why doesn’t he take the first step?

You’ve known him for a long time, and being around him every day has brought you closer together. He sees you as just a friend, but the way he looks at you means something else. Somewhere inside you know that you can be more than friends, but he doesn’t dare confess his feelings to you, why? Here are the reasons.

1.He’s afraid of being pushed back

A man hates taking a rake, used being the dominant male, he likes to be in control even when he is flirting. If he perceives in advance that he is going to be repelled, he will give up and not even approach the girl, no matter how good-looking. A guy who gets rejected will be ashamed of his life if one of his buddies ever finds out.

2.He doesn’t know you love him

You feel something for him, and you make it known by all means, but, he sees nothing. It is not your fault, it is he who does not pick up. You can buy new dresses and go to the hairdresser, but to no avail, no reaction. As long as you like, don’t give up hope.

3.One of his friends has a crush on you

Between friends, they support each other, and they have a code of honor. Friendship is sacred and always comes first. So even if he feels something for you, for fear of disappointing his friend and in order not to break the code, he will never go for it. Just cross your fingers so that he and his friend can come to an agreement.

4.You have a protective brother

Obviously, a brother is always very protective when it comes to his little sister. If it happens that your brother is friends with the man you want to date, you are less lucky. For fear of confronting your brother, he will never dare to take the first step.

5.He doesn’t feel anything for you

If he doesn’t take action after a while, it’s quite possible that he doesn’t like you, perhaps because you have surely misinterpreted his actions. Hard to take, but it’s the sad truth. He loves you, but maybe as a friend, and it stays there.

6.He is afraid to commit

He loves you, it shows, but he will never confess. It is not out of shyness or fear of being rejected, he does not launch out because of an entirely different fear, that of becoming involved. He still wants to make the most of his single life.

7.He cares about your friendship

You’ve been friends for a long time, and between you, things are going really well. Like you, he may yearn for something more than just friendship, but he’s afraid of breaking that beautiful friendship between you if it doesn’t work out.

Approaching women is not his strong suit, and you know it. The first time you spoke to each other he almost did in his pants. It took a long time for him to get used to your presence. And even if you’ve been close for ages, he’ll never admit that he has any feelings for you. His shyness paralyzes him when it comes time to start, so he prefers to be silent in his corner. To help him, kiss him, he’s just waiting for that, afterward, he’ll tell you everything.

9.He waits for you to take the first step

He loves you very much, but his fears overwhelm him. On the other hand, he doesn’t know how you feel about him either, so he prefers to wait. If you have the same intentions, the chances of you being together are almost zero. If you find it worth it, grab your courage, swallow your pride, and go for it.

10.He plays the proud

It is not a question of fear, but of pride. Most men would never take the first step even if it was the girl of their dreams, except perhaps when drunk. Their principle is rather simple: “If the girl is interested in me, it is up to her to take the first step!” ” 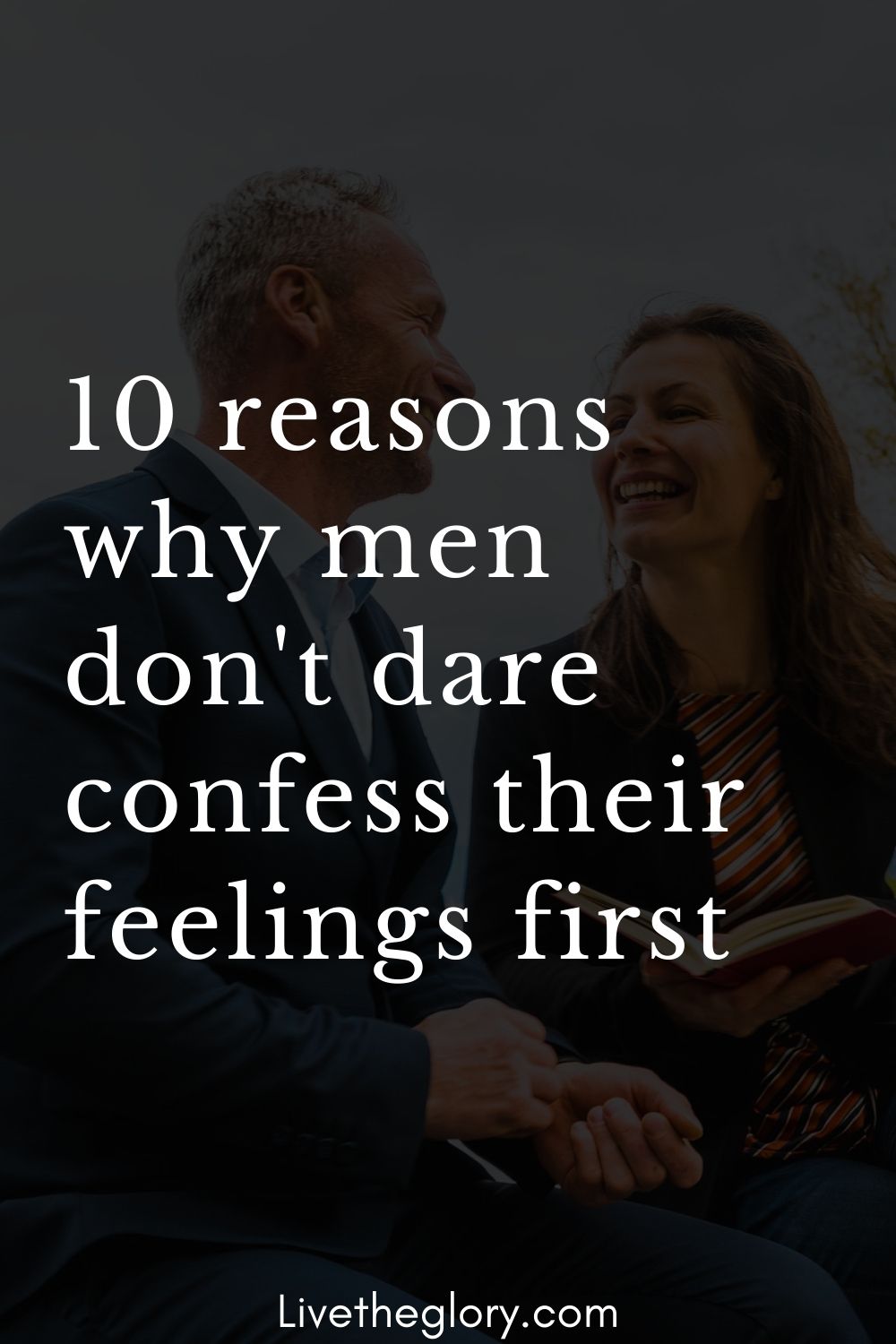