Do you love him, you trust him, but sometimes you lack confidence in yourself, and you sometimes have doubts about his loyalty?

What if rather than entering the vicious circle of suspicion and blame, you were instead looking for evidence … that he wasn’t cheating on you? Here are 10!

Frankly, even if that’s not everything, a guy who doesn’t bother to put a code on his cell phone is, 99.99% of the time, a guy who has absolutely nothing to hide. And that is a good sign!

We’re not going to lie to each other: a guy who never leaves his phone, and who takes it with him to the bathroom and in the shower, it’s a bit suspicious all the same … So if your guy often goes to work in forgetting his phone or leaving it lying around at night, he probably has a clear conscience!

Monday and Thursday evening is sport, Tuesday evening it is consolation with his friends, and the rest of the time he is at work or with you. Frankly, unless he has the gift of ubiquity, you don’t see how he could have the time or opportunity to cheat on you!

The first time he said to you “this week, I’m going to have to finish my job very late”, you imagined him passionately kissing a s**xy secretary. But when he got back to the apartment at 6.30pm with his files and his computer, saying “sorry, I have a little telecommuting, haven’t you forgotten? », You jumped at him!

It’s simple: when you ask your darling what he thinks of your electric blue leather boots, he blushes, he looks away and scratches his head very, very hard before saying “I love it”! On the other hand, when you ask him if he has ever cheated on you, he looks you straight in the eye and says “no, and I never wanted to elsewhere” in a calm and confident voice. Phew …

If your darling has never faulted with his ex-girlfriends, that he has always been faithful in love, that he hasn’t changed friends since high school, it’s a good sign: it’s because he has loyalty in his blood!

Yes: when a guy cheats on his chick and has a mistress with whom he gets laid like a little bunny, when he comes home at night, he is tired and has no energy left. in the marital bedroom …

Think about it: if darling speaks to you without restraint about his female colleagues or the girls he has known, it is because he considers that you have no need to worry about his intentions towards other women!

When a man cheats on his wife, it often happens that, through an inverted mirror effect, he becomes hyper-suspicious of her. If, on the other hand, he is relaxed and shows you blind confidence, once again, it smells good!

Who could want to cheat on a girl of your caliber, at the same time pretty, intelligent, full of wit and humor, super-stylish, and who does not take the lead, eh? 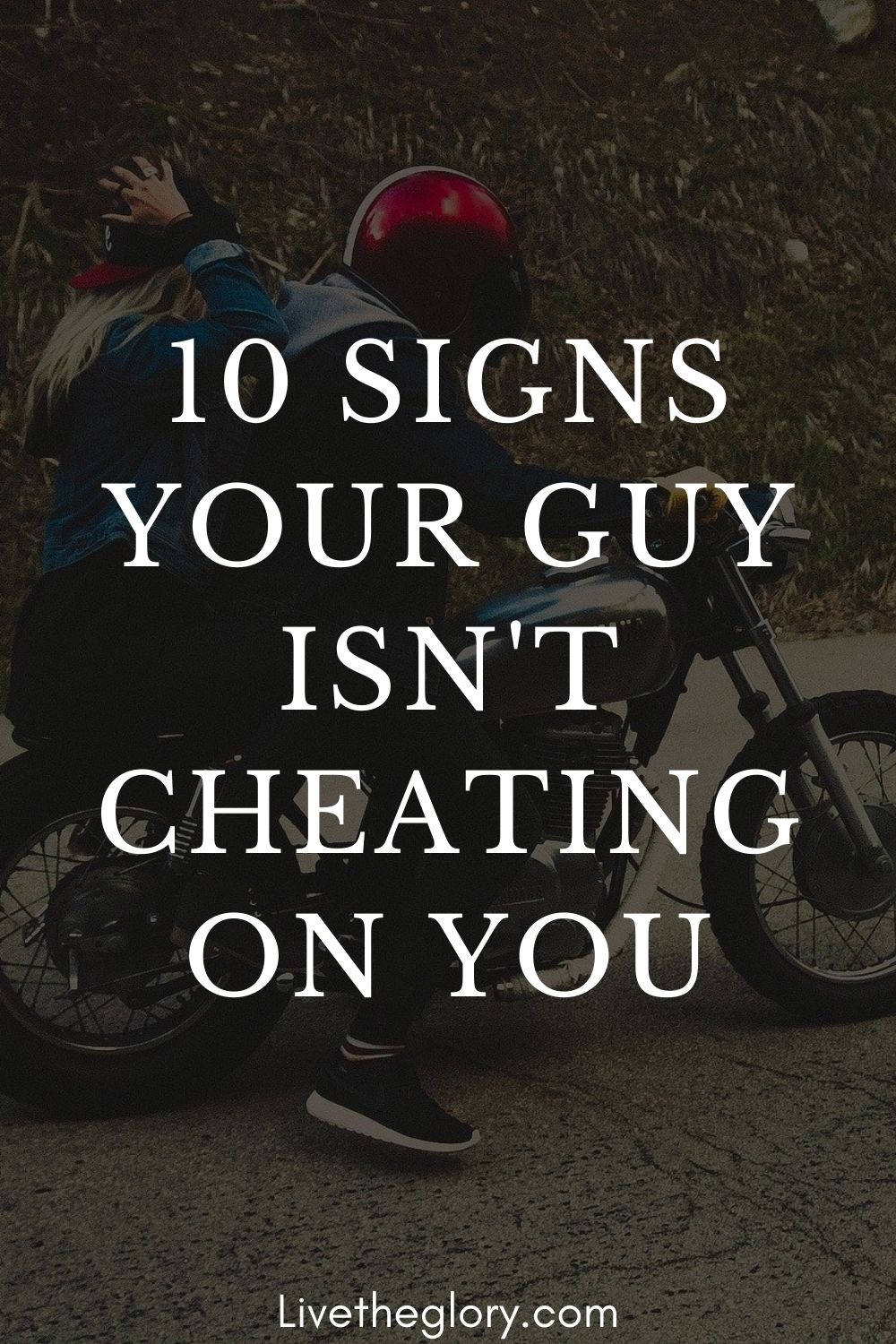