One of the key differences between men and women is that women seem to be much more aware of what they want in a relationship and are not afraid to express it, unlike men, for a variety of reasons. That’s why we made for you a compilation of what men like but will never say. 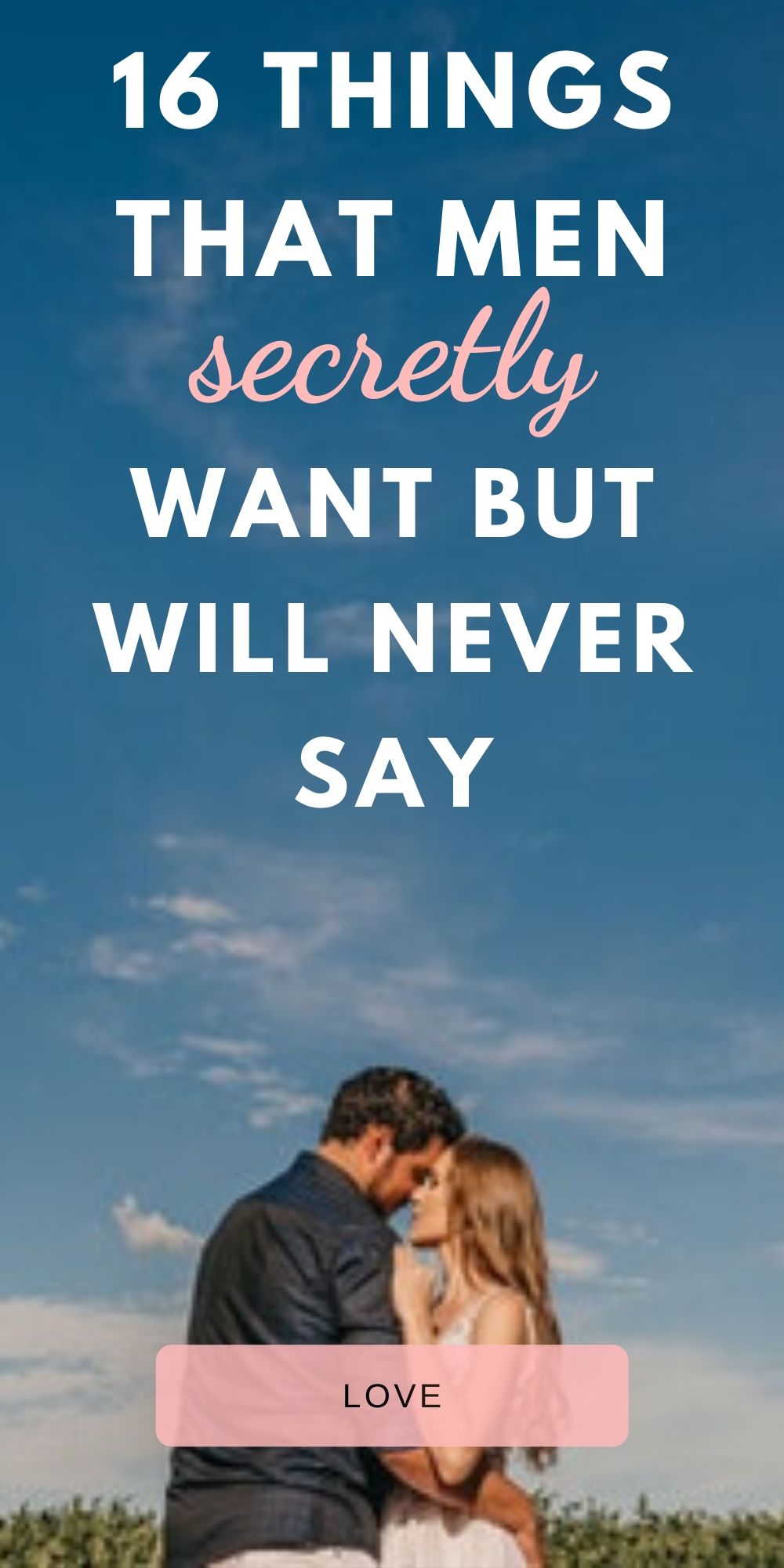 Many men love romantic gestures but they will not tell you for fear of taking it for a lack of masculinity. And when they do, some men feel embarrassed and embarrassed.

If you do not eat anything, men love to watch how you eat. They like your expressions and find that cute. At the same time they would like to see that you are eating well.

3. Moving in with him

Many men can show that they like to live alone in their apartment, but if they like you, they would secretly want you to move in with them as soon as possible. They may not be able to tell you for fear of frightening you.

Men love when women take initiatives. This shows that the woman is also interested, and men love to feel desired. Take initiatives sometimes, your man will be delighted.

5. Understand your love for sport

Men love sports, and when there is a match, they prefer to watch it rather than doing something else. It can be a match or two a week but that’s the time they would like to have for themselves. Be understanding ladies and let them savor these moments alone or with friends.

Men know that you are able to manage yourself and that you can solve your problems, but they also like to be able to help. This makes them feel wanted and accepting their help could not really be so bad, it will further strengthen your relationship.

8. Notice the things he does for you

Your man does things for you that may not be noticed. It may be small things like tidying up the house or preparing dinner before you go home to indulge yourself, but noticing it would make it really happy.

9. Do not flirt with other men

Men hate when you flirt with someone else, even if it’s a friend. This is the case even for men who are the safest and the calmest. This feeling is not relative to possessive men only, it is a natural masculine behavior.

Paying the bill is usually done by the man, and for him, it’s a way of thanking you for your company. He knows you can pay for yourself, but he would like to have that honor. But if you offer to pay sometimes, it will certainly please him and show him that you do not enjoy him.

Take the wheel, and take it where you want to go. It’s not just up to him to show you places, he also expects you to do it too. He would certainly appreciate your initiative.

Many men avoid asking their partners to do something for them for fear of being labeled… But men like a lot when their wife makes them a good meal or a sandwich.

Men like, but would not say, when women do pleasant and unpredictable things. How would you like to surprise your Jules on arrival by welcoming him by organizing a romantic weekend?

Men get furious when you do not tell them what’s wrong or what’s bothering you and you expect them to understand it for themselves. They hate it and love women who tell them things as they are.

It’s something a man can never say aloud, but he likes to be pampered too. He may not show his appreciation aloud but he is thrilled when you pamper him. Try this and look at the result.