When jealousy poisons the life of a couple!

Who has never experienced a fit of jealousy towards their sweetheart? Who hasn’t searched their boyfriend’s phone? Who has never subjected his man to a real police investigation when he comes home late? … All means are good to calm your conscience of suspicions of any kind that you imagine. Like any slightly jealous woman, you have certainly experienced this fear of losing your lover at one time or another, but it is completely normal. However, when this feeling turns into unhealthy jealousy, it becomes a serious problem that can end in breaking up. To save your union, stay calm, and apply our tips to ward off jealousy.

If you are not one of those close-knit couples who do everything (yes, really everything!) Together, then your relationship is not new. In other words, your story has a better chance of succeeding if you stop being possessive by saying to yourself, “He’s my man, he’s mine, and I can’t stand his desire for freedom. »Let him breathe by trusting him, and do not see indifference. The goal is for you to respect his secret garden. Know that in love, men and women alike need privacy to preserve the couple.

2.Don’t destroy yourself because of his work

Unhealthy jealousy can be fueled by Mr. work. Stop destroying yourself because of his female colleges even if you know they are more charming than you. Instead of wasting your time lamenting that Jules is still going to work late tonight, do something you like to pass the time and make you feel less alone. When your man comes back from the office, your man needs a change of mind, so give him a little massage or a hug instead of a never-ending investigation.

3. learn to listen to your partner

You are together at a party with friends, and you find that your boyfriend is more comfortable chatting with his friends than with you. Instead of blaming him or watching his every move, why not learn to pay more attention to his daily life? That way, he will no longer look elsewhere for ears to listen to his problems. The closer you get to him, the better you will get to know him, and your relationship will be based on mutual trust in which jealousy will no longer have its place.

Don’t suffocate your man anymore, for once, trust him if he wants to hang out with his pals. Rather than imagining scenes of infidelity and wasting your time calling all his friends to confirm his statements, why not take the opportunity to go shopping with your best friend or a relaxing break in a SPA? There is no shortage of ideas for having a good time alone. Know that it is essential to keep a certain autonomy, even if you are head over heels in love, under penalty of scaring the other away.

Most women forget to be flirtatious and more feminine when in a relationship, especially when the relationship has been going on for a while. If your sweetheart is bemoaning your sloppy dress, that doesn’t mean he’s going to leave you for a pretty, better-dressed girl soon. So, take care of your look every day, and not just for special occasions. Once you feel beautiful and desirable, you gain confidence in yourself. Thus, you no longer need to fear all the women around him, and your aggression towards him will be concealed.

6.Stop tracking him down on the phone

Texting every five minutes or calling every hour isn’t proof of love at all. By doing so, you will end up suffocating your sweetheart, and ultimately, scaring him away. Two calls during the day, during lunch break and coffee break, are more than enough. And even if you have a crazy urge to give him a call, forget it! You don’t only have him in your contacts, there is also your mother, your best friend, your cousin… Prove that you have other people in your life as important as your lover.

7. don’t get stuck in your mind

A man is a man, don’t think of it as a s**xist judgment, but it’s the truth, guys tend to admire women. In general, it is a simple desire of the eyes, without always taking action (you know what I mean!). So, instead of calling your partner a “p**rvert”, get straight into his game by saying something like: “Look honey, I love this guy’s muscles! With this sentence, you are not going to make him jealous, but turn his habit into fun for you, and you will see that every time he looks at another girl, he will always think of you. You can be sure of it, believe me! 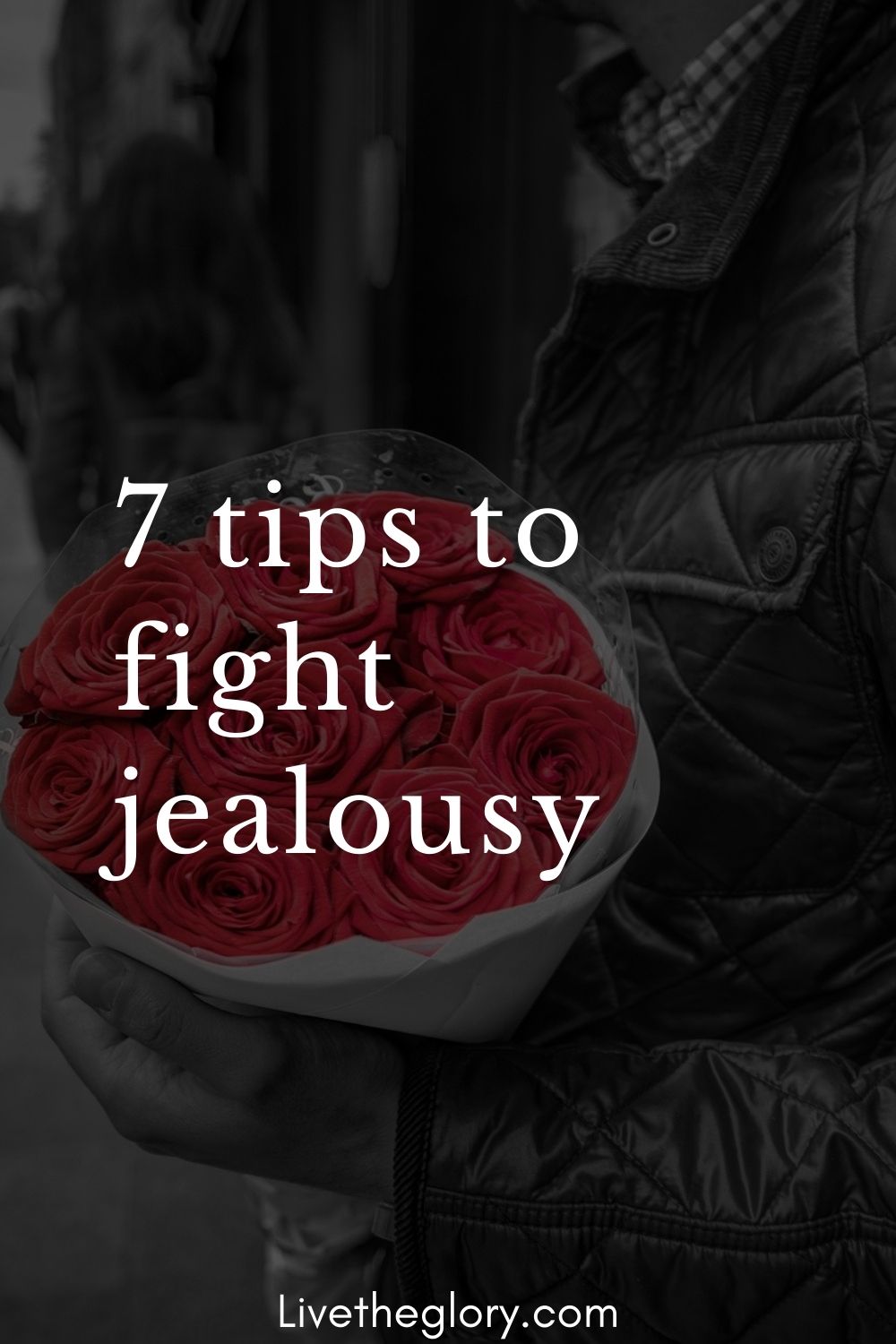