You had a magical evening with him. The catch is, it doesn’t call you back. “But why? You lament. Did someone steal his phone? He lost it? Unless he’s dead … Stop deluding yourself. These reasons you are giving are bogus and, basically, you know it very well. Here are the top 9 REAL reasons he won’t call you back.

It’s sad to say but here it is. He loves you, nothing more. He had a good time with you, he probably finds you charming and funny, but he is not thrilled. He lacks the famous little spark to make him want to see you again.

2 – He does not want to commit

He perhaps dangled the idea for you then he said to himself “In fact, no”. Remember that when a man tells you he doesn’t want to commit, he’s implying WITH YOU. Obviously, if he meets the potential woman of his life, he is not going to let her go. The truth is that there is no “ready” or “not ready” when it comes to falling in love, it happens to you without warning …

Or he has had a girlfriend for a long time, in short, he is stuck. And he doesn’t want to leave her, he just wanted to reassure himself about his power of seduction.

If you haven’t stopped telling him “My biological clock is ticking, I want to have children quickly. Besides, do you want to get married? And how many children do you want? Which first names do you like? Will you introduce me to your parents soon? “. Seriously, to believe that scaring him away was your intention …

This is unlikely because, in general, men like to conquer, they want to take matters into their own hands. But hey, you may have come across a very shy person who doesn’t dare take the first step.

6 – You spoke about your ex

“He left me three months ago and since then, I am at the bottom of the abyss”, “My ex did that, him”. Your ex here, your ex there, you can’t seduce a person by talking to them about their ex all the time. Your ex is a thing of the past and if you don’t want to leave him where he is, you just aren’t ready to move on. However, no one is stupid enough to embark on a story with someone who has the heart elsewhere …

7 – You have revealed yourself too much

Between your childhood, your adolescence, your weight problems, and your ex-assholes who made you suffer, the least we can say is that he tasted the poor! When you meet a man, you shouldn’t say too much, and above all be careful what you say.

Sometimes you meet someone good, but it is just not the right time. Other things in mind, some concerns to settle, a lot of work… In this case, maybe he will come back at a time when the situation will be clearer for him.

Sorry for the brutality of the words but it happens. Monsieur got what he wanted, so he has no reason to give you any sign of life. 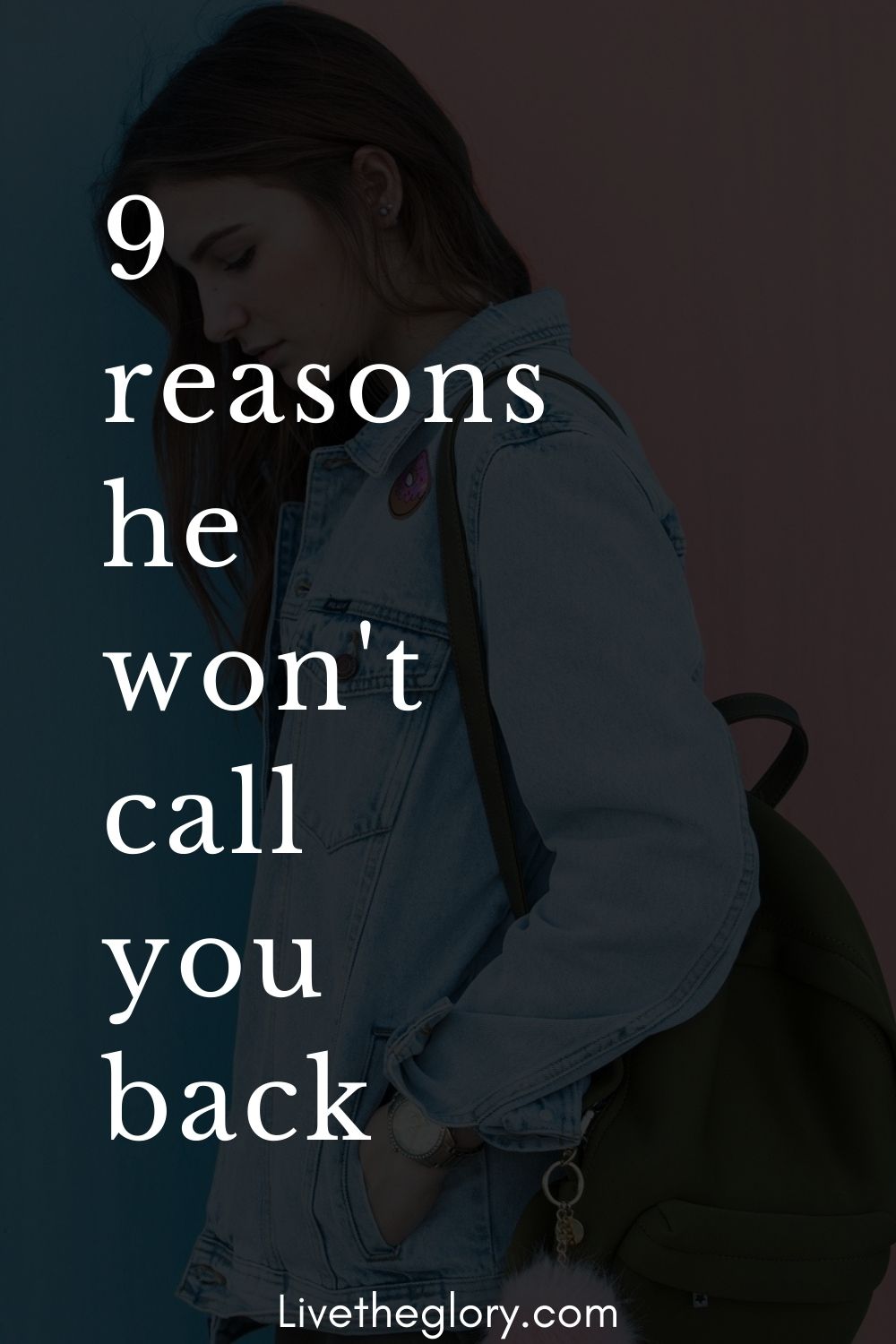