Because there are guys who clearly aren’t worth the detour. Here is the (non-exhaustive) list of those that ABSOLUTELY should be avoided.

You will excuse the caricature which I intend to abuse. Putting men in categories always requires a few clichés, agreed. We are clearly leaving the individual singularity.

Each of these guys can change. Yes. But it won’t do it for you. He will do it for him.

Choosing a relationship that requires a facelift is still making life difficult. So these people, as much to avoid them, the time they change on their own, like the big boys that they are.

Which guys to avoid this summer? The answer here.

But she waits, she has confidence, because one day, he will be his regular …

You met him at work (usually). At the start, it was only an adventure. He is married. Not your kind of hanging on. But gradually you became close. The feelings have intensified and now it’s fucked up, you’re in love.

You keep thinking about this guy. He tells you that things are going wrong with his wife, that he is thinking of leaving her, but that he is waiting for the right moment (she is in a bad patch, there are the children, the house). In short, it’s complicated.

Sometimes he did not promise anything at all. It is YOU who hopes. You like it, you want it in your daily life. If only to wake up one morning in his arms. Eat breakfast in bed.

The thing is, married men rarely leave their official. And, even if they did, they will need time to get their bearings again, away from it.

The passion you share will be lessened. No more secrets, no more hiding places, no more last-minute meetings. The relationship is likely to flake. You are unlikely to be in shock.

There are a few rare exceptions, but are they worth it? Do you not deserve a story starting on a healthier basis than that?

Married men are in bed, not in life.

2. The guy who wants seriousness.

You hardly know him. A few emails, one or two meetings, too many texts … And, it tells you about Love, the desire for commitment, the need to ask yourself, to find THE right one, etc.

Inevitably, it tantalizes. He wants to build, he is not just looking for an ass story. He is serious. Just like you. Besides, he is uncompromising on loyalty, which he spoke to you at length before you even kissed.

Since I coached on SUH, there hasn’t been a story that started with this overflow of statements that didn’t end up in the water.

The guy doesn’t know you. He doesn’t know anything about you. Admittedly, in the ideal, he would like to build a beautiful story (like everyone), but in the end, he puts this desire for a couple well before you and what you are.

The moment a girl gives credit to this type of promise, she expects a lot. And he is unable to live up to so many commitments, retracts, and gradually disappears. Even if he was sincere, he took himself for a Disney Prince (which he is not) and stuck the image of the Disney Princess on you (which you are not).

He overshadowed your personality, to live his blue flower dream. The concern is that your reality catches up with it (your qualities, your faults, your HUMAN side, in fact). And it’s not what he wants. Honestly, let him in his fantasies. It will mature.

Better a careful guy, who takes the time to get to know you, without promising anything and who gradually opens up to the feelings that YOU (and what you REALLY are) develop at home than a guy who will say the same thing to the next blonde/brunette/redhead who goes by. (Because he sees princesses everywhere, our uberlulu).

The guys too eager to get involved and build always worry me a little. They do not know about us. So what are their motivations:

3. The phobic of commitment

He doesn’t want to get involved. The word “couple” gives him hives. Joining hands in the street shocked him deeply. As for going out with mutual friends, it’s impossible for him.

You’ve been seeing each other for a few weeks/months. You feel that he likes you. Except, when you talk about building, in those moments, he desperately seeks the emergency exit.

Of course, you are an accomplice. And s**xually, it’s at the top. But, to all that, it is HIS freedom that he prefers. Whether he is a hardened bachelor or a former queutard, he refuses any form of compromise. The only space he leaves you in his life is between the coffee maker and the bed. Not shiny.

You tell yourself that with patience, it will change. He will admit that he is happy with you. And, you will gain ground, until your relationship is official and stable. But, every time you try a step forward (organize a romantic weekend, for example), it takes two steps back.

You feel like you are the only one in the relationship. This is normal, it is.

Give up this story. It is not worth the trouble. It will not change. You will be more and more in love and unhappy. You will end up telling yourself that it is YOU who is asking for too much. And, when your patience has reached its limit, you will still wait.

It is LEGITIMATE on your part to want a relationship to move forward. But, one cannot force the other to that. He wants it or not. Our love does not change anything.

You have to find the right balance between the first (who wants to build everything right away) and the second (who will never want to build anything ever). There are a ton of guys in this in-between, who simply savor the present moment without being afraid either to move forward or to move slowly.

I will say little about this category of man. Narcissistic perversity is a pathology. It belongs to the group of limit states. It’s not a psychiatrist who diagnoses me. It would be inappropriate and perhaps dangerous for me to attempt to do so.

In the idea, the narcissistic pervert wants to possess you. It will cut you off from those around you with contemptuous remarks about it. He will use a declaration of love as soon as you try to flee but will be foul with you the rest of the time.

His greatest gift: you devalue yourself until you no longer have any confidence in yourself.

Without making the diagnosis yourself (again, it’s up to a psychiatrist to do so) if you feel that this man has a negative grip on you, run away. Love is not made to hurt (except spanking). Don’t destroy yourself for him, he doesn’t deserve it.

Whether he is a narcissistic pervert or not, by the way.

And for you, what type of guy should you absolutely avoid? 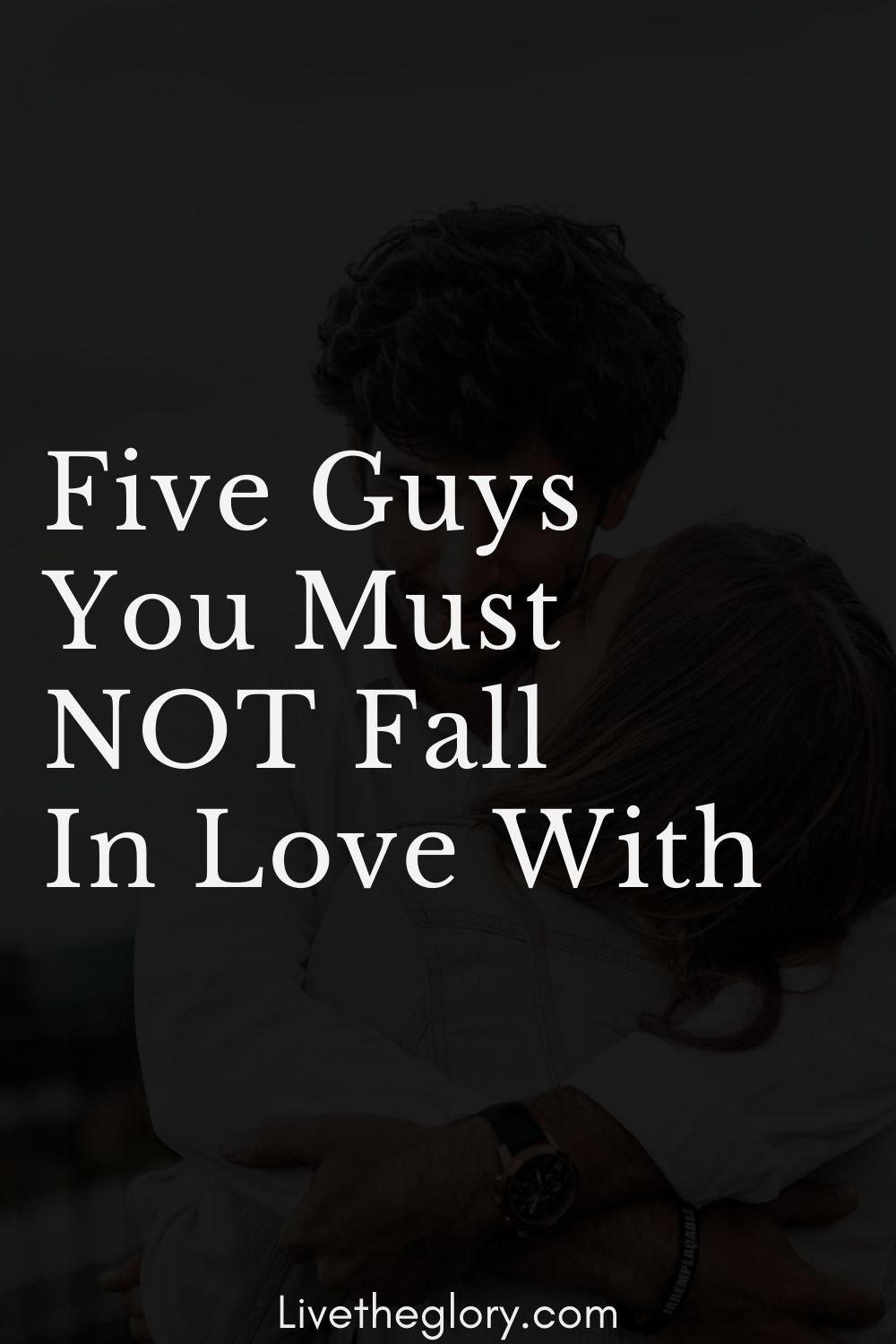